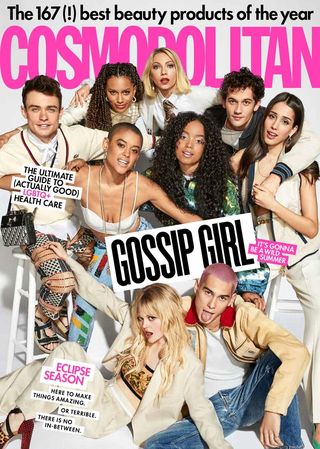 TAVI: Me first! If you could play any character from the OG, who would it be? I’ll go first: Georgina! Love a shit stirrer.

ZIÓN: She should have been Gossip Girl.

EMILY: Okay, who takes the longest in hair and makeup?

SAVANNAH: My babygirl Zión. Why? Bc she always looks GAWGEOUS.

ZIÓN: Thomas. Is there really a need for explanation?

WHITNEY: He’s got lots of tats.

SAVANNAH: Who do you think is most similar to their character IRL? I’d say Whit because both Whit and Zoya are unapologetically themselves and have a great sense of style.

THOMAS: Evan—sweet and gentle and likes to skateboard.

JORDAN: Tommy, because he has quick wit and dark humor.

EVAN: When we’re on-set filming, it doesn’t even look like Thomas is in costume.

ZIÓN: No one. And everyone. Me? I’m quite ridiculous like Luna. 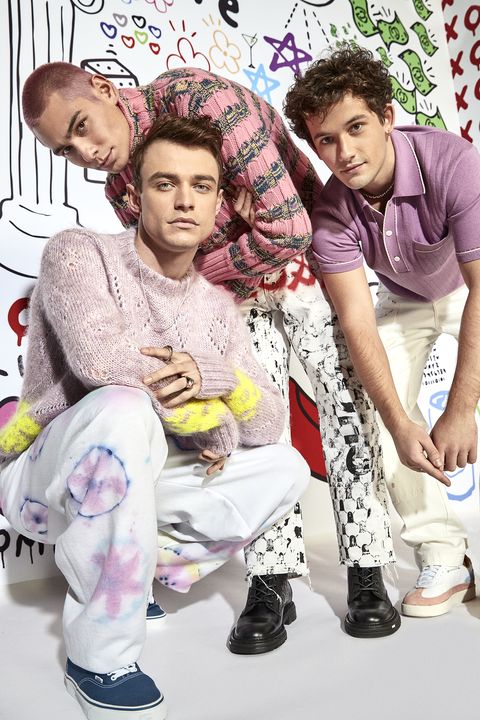 ZIÓN: If you had to be stuck on a desert island with a fellow Upper East Sider, who would it be?

THOMAS: Probably Evan. If food was scarce, I reckon I could use him for bait or food.

JORDAN: Dorota, because she would take care of me and she knows how to cook.

ELI: Or the chef from Constance Billard’s cafeteria. Gotta eat.

SAVANNAH: Jordan—she’s a very positive person and when I get frustrated (after, probably, five minutes), I bet she’d calm me down.

ZIÓN: For me? Ummm, Kate Keller, for sure. She inspires me. I feel most akin with her. I like her. But do I? Agh! She’s an enigma! Not to be confused with enema.

TAVI: A multiheaded creature that represents all my fellow Upper East Siders equally.

ZIÓN: Wait, one more—where were you when you found out you’d be part of the show? I was eating Flamin’ Hot Cheetos in bed.

TAVI: I was at an Italian restaurant in the West Village with my sister.

JORDAN: I was in my best friend’s apartment in their bathroom trying to have a quiet place to take the call. Never forget!

EVAN: On the beach in Hawaii.

SAVANNAH: I was in upstate New York—like the actual middle of the woods, so the first call didn’t come through. Then I got a text and threw my phone across the room.

JORDAN: Who’s the most likely to ghost at a party but also buy everyone pizza?

ELI: Emily has actually done this, so…

EVAN: I can’t believe this is a real question.

JORDAN: One night, we’re all hanging out and she disappeared and then pizzas showed up. Best way to leave a party: the Emily goodbye.

EMILY: When someone is sick, hurt, or needs food, I’m your man.

EVAN: Favorite place in New York? Mine is the Bowery Hotel, because the chicken fingers hit different in the later hours of the night.

JORDAN: The roof of my building where I can see the Manhattan skyline. I like to go up there and think.

WHITNEY: Triple Decker Diner. Dinner for two for 20 bucks? In New York? Count me in.

WHITNEY: Who’s the biggest party animal—and/or the most likely to be late for work?

THOMAS: I think we all love a wee party when we’re together. We all just have different levels of discipline, ha.

TAVI: I am the smallest party animal but perhaps most likely to be late.

EVAN: Me, because I don’t only act, I also have a million other things going at the same time. The cast makes fun of me for being on my phone so much, but I werrrrk, okaaaay.

THOMAS: The first day shooting on the Met steps was pretty cool.

JORDAN: We all got to be together and it was so magical. The sun was shining; the weather was beautiful.

EMILY: It was pretty wild—that was the first time it really hit that it was all happening. After half a year of COVID-19 and not knowing whether we would even end up getting to make Gossip Girl, we sat on the steps, and it all felt real for the first time. I remember looking around at our cast of total weirdos and thought, Oh shit, this is gonna be my new family.

EVAN: Consistently getting the scars on my ass airbrushed to match my skin tone.

ZIÓN: That time I fell. I fell, right? I must’ve. I’m always falling.

SAVANNAH: My favorite so far has been when Jordan, ZZ, and I were exiting our scene and Jordan fell into her giant gown offscreen and did it SILENTLY. It was hilarious, but we couldn’t laugh until we heard “cut.”

WHITNEY: I’ve already said too much. 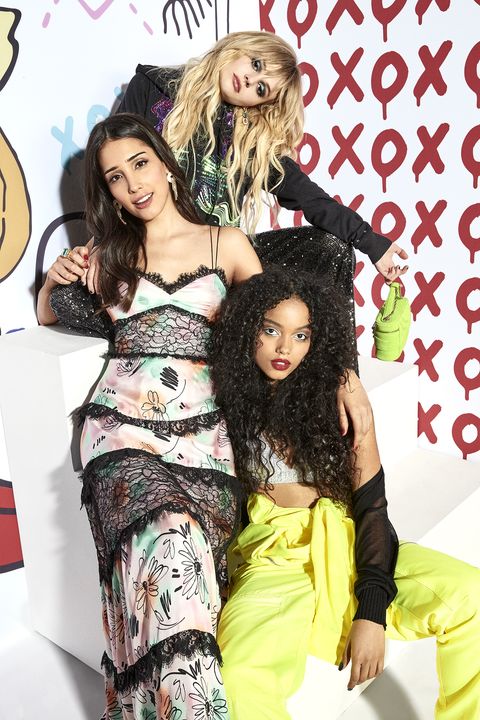 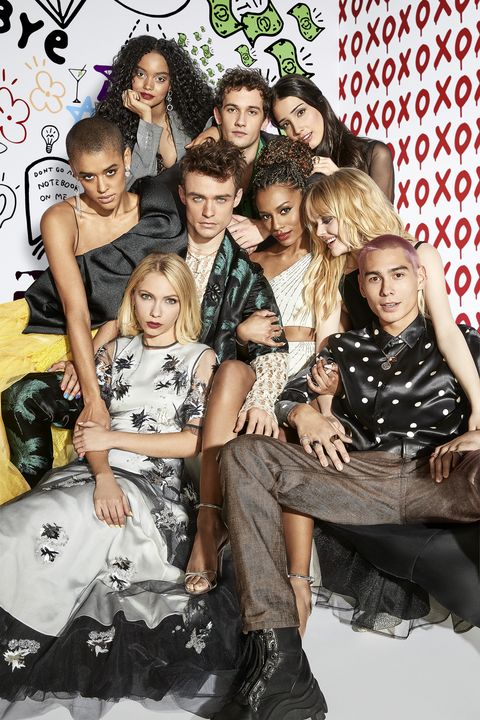 THOMAS: How far into the movie do you get on a “Netflix and chill” night?

EMILY: If someone asks you to “Netflix and chill,” their name is probably Brad, they live in a frat, don’t have a fitted sheet.

WHITNEY: What is “Netflix and chill”?

Psst. Want to know even more gossip on, well, Gossip Girl? Come sit with us and we’ll tell ya ev-er-y-thing.

Tags: girl, gossip, Into, Slid, the,, we
You may also like
Recent Posts
Hot News