UFC champ Julianna Pena believes COVID is “just a money grab” … admitting this week she’s “a massive conspiracy theorist” when it comes to the pandemic.

The starfighter — who just beat Amanda Nunes to win the women’s bantamweight title in a huge upset at UFC 269 — made the eyebrow-raising comments to Joe Rogan on “The Joe Rogan Experience.”

During a talk about coronavirus with the podcast host, Pena said, “I’m a massive conspiracy theorist on this whole thing and I have been since the very beginning.”

“I don’t think they’re trying to kill us,” Rogan said. “I think there’s a lot of confusion as far as what works and what doesn’t work.”

It’s unclear exactly who either meant by “they” — but it appears to be government officials. 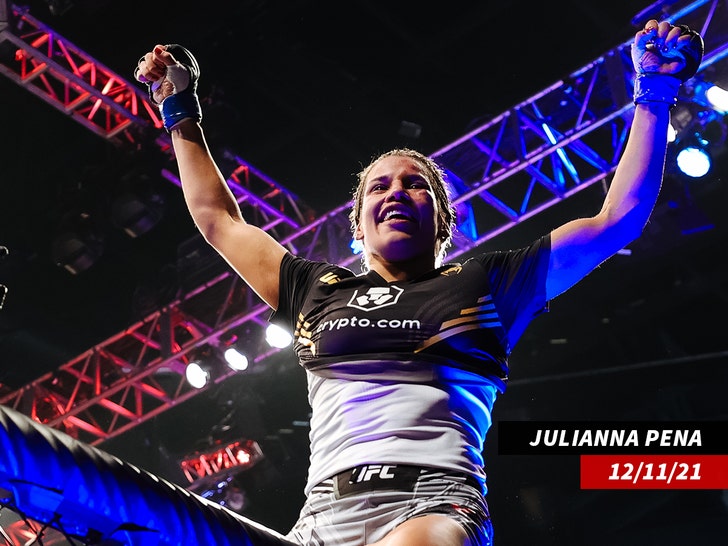 The two went on to talk about COVID masks… and both Pena and Rogan made it very clear they have doubts about their efficacy.

“Have you seen that guy where he takes a pull from a vape pen, on the outside, and then just like clouds and plumes of smoke come out?” Pena said. “Like, what is [the mask] really protecting?”

Pena added, “I don’t put on a mask unless somebody asks me.”

FYI — the CDC has said masks can help protect individuals from getting COVID. The org has also reported that more than 870,000 people in the U.S. have died due to the virus.