Products featured are independently selected by our editorial team and we may earn a commission from purchases made from our links; the retailer may also receive certain auditable data for accounting purposes.

Underwear can be rock n’ roll, according to the new MeUndies x The Rolling Stones collection.

The limited-edition collection from the upstart underwear brand, features a range of underwear and loungewear pieces – all sporting the iconic tongue and lips logo of the Rolling Stones. Delivering sweat-wicking boxer briefs, lounge-ready bralettes, cozy jogger pants and more, the collection lets Rolling Stones fans subtly rep the band under their clothes or while relaxing.

Whether you go for boxer-briefs, socks or bandanas, shop the new collection now at MeUndies.com. Prices range from $12 to $68. Alternatively, sign up for a MeUndies membership to get new undies delivered every month and up to 30% off each pair.

Amazon Prime Day Is Officially Here, These Are the Top Deals and Discounts

Think Amazon Has the Best Deals This Week? These Sites Would Beg to Differ

The Best Audiophile Turntables for Your Home Audio System

“The Rolling Stones was one of my favorite bands growing up,” says MeUndies founder and CEO Jonathan Shokrian, in a press release. “This collaboration allows both The Rolling Stones fans and our MeUndies community to celebrate legendary music and rock out in epicly-soft Undies.”

The “hot lips” logo – designed by English artist John Pasche in 1970 – provides a built-in ethos for MeUndies. “The new MeUndies collection featuring the logo was created to celebrate the band, which has been promoting authentic self-expression and inspiring fans to challenge the status quo and embrace their individuality since 1962,” says the brand. 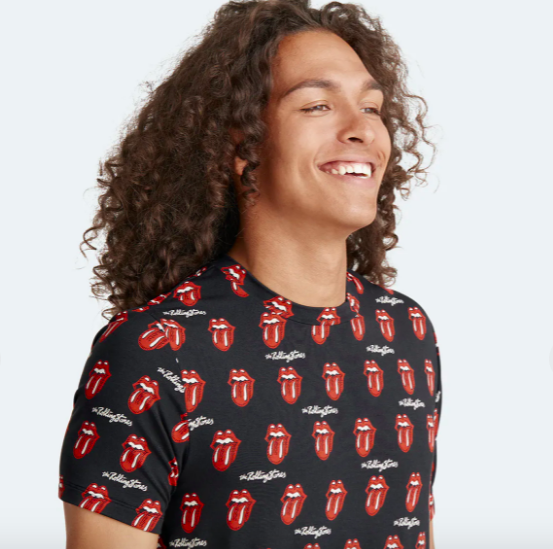 Since its launch in 2011, MeUndies has released a myriad of pop culture collections with collaborations including Star Wars, Marvel, and The Office. But fun, relevant print work isn’t MeUndies’ only forte. The brand is also known for their MicroModal fabric; an ultra-soft and breathable material that’s sustainably sourced from beechwood tree fibers. This makes their underwear great for traveling, commuting or just lounging at home.

The Rolling Stones, meantime, are gearing up for the release of a new live album/concert film titled A Bigger Bang: Live on Copacabana Beach. The piece will focus on the band’s Rio de Janeiro gig back in February of 2006 and is now available for preorder before the release on July 9th. Also, be sure to check out the Rolling Stones’ two new lyric videos for “Jumpin’ Jack Flash” and the single’s B-side, “Child of the Moon.”