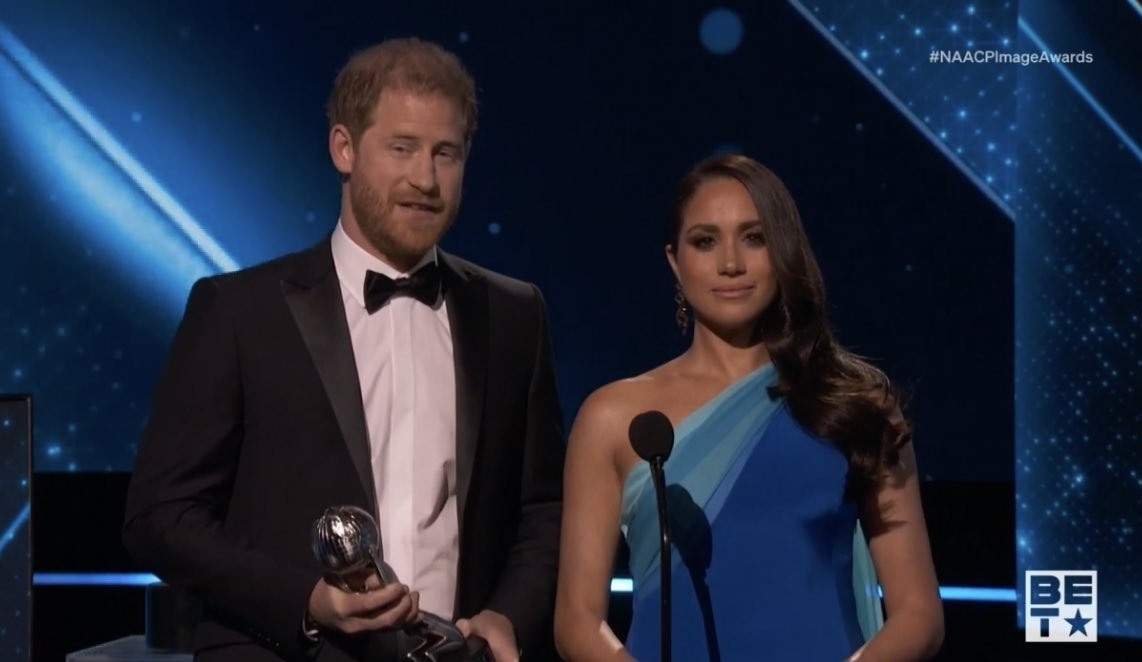 The Duke and Duchess of Sussex made an appearance in-person at Saturday evening’s NAACP Image Awards, which aired on BET. The awards show was a hybrid of half-virtual and half-in-person. I expected host Anthony Anderson to make some jokes about Prince Harry especially, but he did not (I think Anderson would have if there had been an in-person audience though). It was such a pleasant sight to see Meghan and Harry there in-person and all dolled up.

Both Harry and Meghan wore Black designers. Harry’s tuxedo was by Ozwald Boateng. Meghan wore a Christopher John Rogers one-shoulder gown, with a leg slit. While she’s worn this shade of blue several times, it felt especially poignant because the blue seemed to mimic the shade of blue in the Ukrainian flag. A happy accident, or was the gown organized last-minute when Russia invaded Ukraine? As for her “accessories,” wouldn’t you know that the Daily Mail hysterically screeched about how she wore “£7,000 worth of accessories.” The Mail also cried salty tears about the fact that Meghan and Harry came to the Image Awards from their “$14m mansion in Montecito.” I bet the Sussexes got a hotel room near the venue in Pasadena to get ready for the show, actually.

Meghan and Harry had clearly pre-written and practiced their speech, in which they went back and forth, finishing each other’s statements and sentiments. Harry was the one to make a statement about Ukraine, saying: “Before I begin, we would like to acknowledge the people of Ukraine, who urgently need our continued support as a global community.” He also acknowledged that specifically the Black American community had given him a warm welcome, more so than British people welcomed Meghan: “I also echo the immense gratitude for tonight, both for this award and this community for welcoming me so warmly. I think it’s safe to say that I come from a very different background from my incredible wife, yet our lives were brought together for a reason. We share a commitment to a life of service, a responsibility to combat injustice and a belief that the most often overlooked are the most important to listen to.” A commitment to service, hm?? I thought Salt Island said that “service” is only for royals! 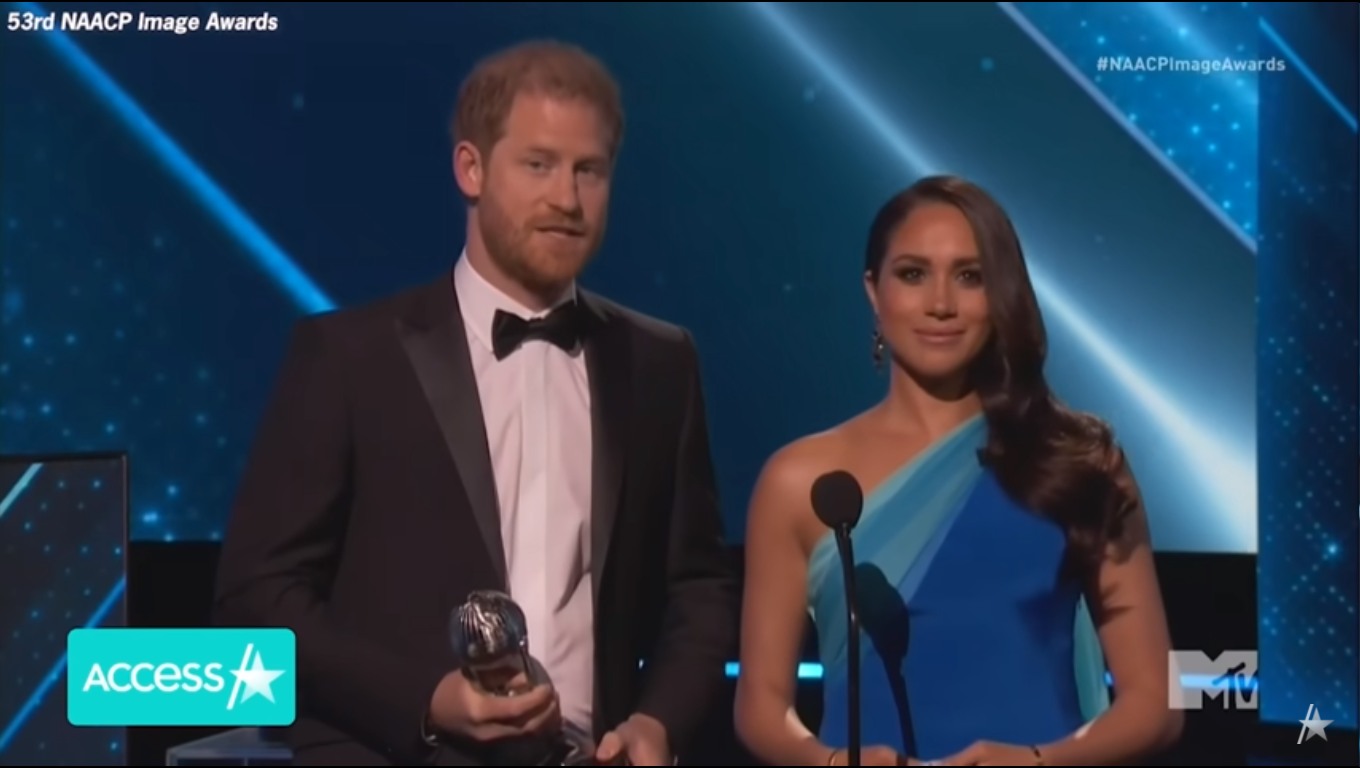