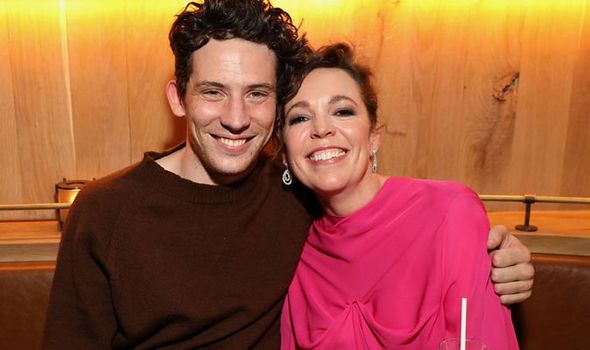 Olivia, 47, played Her Majesty in the latest series of the Netflix hit with Josh, 31, as the Prince of Wales. But off screen they shared drinks at the city’s Altro Paradiso restaurant to celebrate the US premiere of her movie The Lost Daughter, Olivia looking regal in a bright pink robe dress.

Josh also caught up with Normal People’s Paul Mescal, 25, who appears alongside Olivia in the film.

Also there was Lost Daughter co-star Dakota Johnson, 31, in a black corset and leather trousers.

The film is a psychological drama written and directed by Maggie Gyllenhaal, based on the novel of the same name by Elena Ferrante. It also stars Chernobyl’s Jessie Buckley.

Olivia plays college professor Leda who, while on a summer holiday, finds herself obsessed with another woman (Dakota) and her young daughter.

The obsession prompts mysterious memories of her own early motherhood to come back and haunt her.

The movie had its world premiere last month at the 78th Venice International Film Festival, where it won the Golden Osella Award for Best Screenplay.

Meanwhile Maggie, 43, was joined at the premiere by her actor brother Jake, 40 ‑ star of Brokeback Mountain.

As the evening wore on they were also joined by her Lost Daughter co-stars Peter Sarsgaard ‑ Maggie’s real-life husband ‑ Dagmara Dominczyk and Ed Harris.