Mark your calendars and gird your loins, because you might be seeing a full-on Taylor Swift movie sometime in the near future. The singer/songwriter/director/everything else attended the Toronto International Film Festival (TIFF) to screen her All Too Well short film this past weekend and answer questions through a Q&A, and she said she definitely has more filmmaking ambitions.

“I think that I’m at a place now where, the next baby step is not a baby step,” Swift said. “It would be committing to making a film. I would just absolutely love for the right opportunity to arise because I just absolutely, absolutely adore telling stories this way.”

The conversation was moderated by Cameron Bailey, the president of TIFF, and it lasted roughly 40 minutes. Swift spoke about the process of shooting the short film, what it was like casting leads internet boyfriend Dylan O’Brien and Stranger Things actress Sadie Sink (who was also there for the screening), and why she wanted to make a short film for the 10-minute version of the song instead of a typical music video. 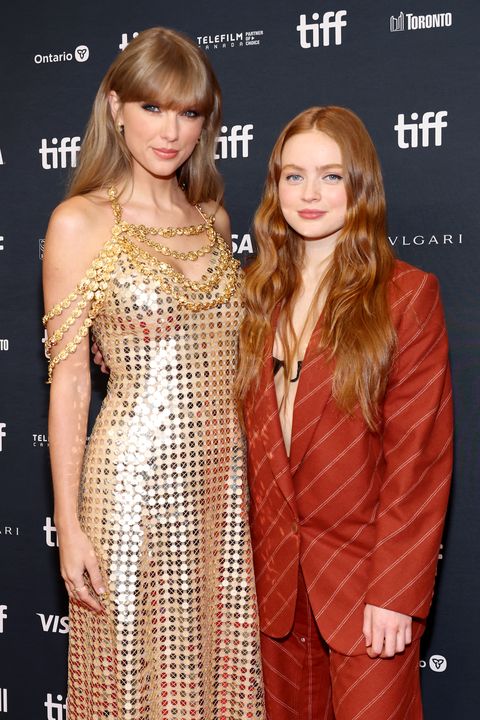 “I’ve been fascinated with the dynamic of the age of the character that Sadie’s playing, and what a precarious age that is, when you could fit back at your family home sort of, but you sort of don’t. You could fit in an adult’s cultivated apartment where they have, like, a French press, and they have all the things that adults have, but you kind of don’t. So you kind of fit everywhere, but you kind of fit nowhere. And I think that plays into a little bit of where she’s coming from.” Honestly, relatable.

Swift wrote the script for the short film herself, and she cast both Sink and O’Brien based on work of theirs that she had seen. When it came to O’Brien, she texted him a super long message, “like, a novel,” to tell him why she hoped he would do it. And for Sink, Swift liked the idea of casting her because she hadn’t seen her play a romantic lead before. Thankfully, for each of them it didn’t take much convincing.

For the big fight scene in particular, Swift said there was a lot of improv on both O’Brien and Sink’s parts. And even though we as viewers are supposed to dislike O’Brien’s character, who may or may not be based on a real person, she caught herself being charmed by him.

Timing was a huge part of why this film was made, too. When Red first came out, “All Too Well” was not a single, but it was a huge hit with the fans. Despite that, Swift said it was hard for her to perform the song because of how emotionally charged it was. Being years away from it helped her to see it more clearly. 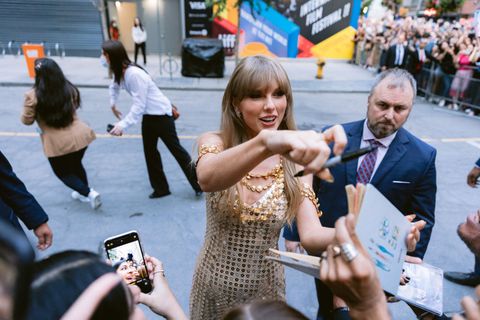 “The song was so tough, because it was about something that at that point was very current,” she said. “So there would be no world in which I could have made a visual element to that song at that point in time. I needed 10 years of retrospect, in order to know what I would even make, to tell a version of that story visually.”

Fans were able to submit questions for the Q&A via Twitter, so naturally, people asked about the infamous red scarf and whether it is actually a reference to a real-life person whose name rhymes with Shmake Shmyllenhaal.

“What can I tell you? That’s the question,” Swift joked. “Basically, the scarf is a metaphor, and we turned it red because because red is a very important color in this album, which is called Red. And I think when I say it’s a metaphor, I’m just gonna stop.”

Okay, feel free to spiral about whatever that ^ means for the foreseeable future.