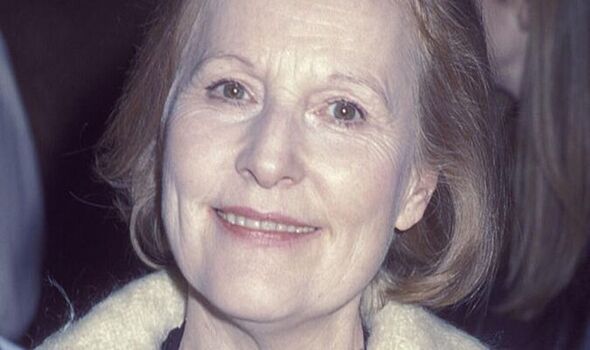 An actress, who starred in Love Actually and Doctor Who, had to wear clothes from dead residents at her care home after she was left penniless when her friend swindled her out of  £65,000.

Brian Malam, had power of attorney over his friend Margaret Wright’s money but spent years helping himself to tens of thousands of pounds of her savings. Mrs Wright is better known by her professional name Meg Wynn Owen, reports WalesOnline

The actress performed under her professional name and featured in a host of popular TV shows and films, including Love Actually, Doctor Who, Under Milk Wood, Pride and Prejudice, and Upstairs Downstairs.

Sending Malam to prison, a judge told the 60-year-old costume designer he abused the trust placed in him and had “betrayed” his friend of many years.

Cardiff Crown Court heard that, in 2014, Malam was granted power of attorney over the finances of Margaret Wright due to the affects of dementia. They had been friends for many years having met through their work at the BBC.

Abigail Jackson, prosecuting, said that, the following year, Mrs Wright moved into a care home in Cardiff where Malam would visit her.

However, as time went by, those visits became less frequent before stopping entirely. The court heard that Malam was helping himself to tens of thousands of pounds from her savings account through a combination of bank transfers to his own account, “direct spending”, and cash withdrawals.

Miss Jackson said Malam was supposed to put money into a special account which staff at the care home could use to buy essentials for Mrs Wright but, apart from a handful of such payments, he failed to do so.

The court heard the result of this failure was that staff had no money to buy clothes for Mrs Wright, and she had to be dressed in clothes which had belonged to deceased residents. There was also no money to pay for a hairdresser to visit Mrs Wright so staff had to cut her hair.

Due to concerns about her financial situation, in October 2014 staff accompanied Mrs Wright to her bank and her statements were examined.

When she heard what had been happening, Mrs Wright became very upset. The matter was referred to the Office of the Public Guardian who carried out an investigation before passing the results to the police. In total Malam stole £65,000 from his victim over the course of around four years.

Malam was arrested and admitted spending “tens of thousands of pounds” of Mrs Wright’s money but said he had intended to pay her back. He said he thought she would have wanted him to have the money as she had told him that he would inherit the cash when she died. Malam told officers he had spent the money on materials in connection with his work as a costume designer.

The prosecutor said the final closing balance of Mrs Wright’s main bank account showed it was £1,750 in the red. Another account contained £229 while other accounts contained just pennies. The court heard Mrs Wright died in June this year.

Brian Malam, of Bradford Street, Cardiff, had previously pleased guilty to fraud when he appeared in the dock for sentencing. He has no previous convictions.

Andrew Davies, for Malam, said the parties had known each other for decades, and in her latter years his client had been the only person caring for Mrs Wright and showing her any affection.

He said the money taken by Malam had not gone on “flash cars or luxury holidays” but mainly on keeping the defendant’s costume design business afloat. The barrister said his client had worked hard all his life but began consuming alcohol to excess following the breakdown of a relationship and “everything disappeared into a miasma of drink”.

Judge Paul Hobson said being given power of attorney status was a special legal role which came with responsibilities. He told Malam he had abused the trust placed in him and had “betrayed” his friend. The judge said Malam knew his friend was isolated with little of no contact from other friends and family, and that this isolation probably reassured him that he would not be caught.

With a one-third discount for his guilty plea Malam was sentenced to 32 months in prison. He will serve up to half that period in custody before being released on licence to serve the remainder in the community.