Selling Sunset star Heather Rae Young revealed what Brayden, Tarek El Moussa’s 6-year-old son, told her after she got sick with a stomach virus. Here’s what Young shared about her illness and what her stepson said about her “throwing up 11 times.” 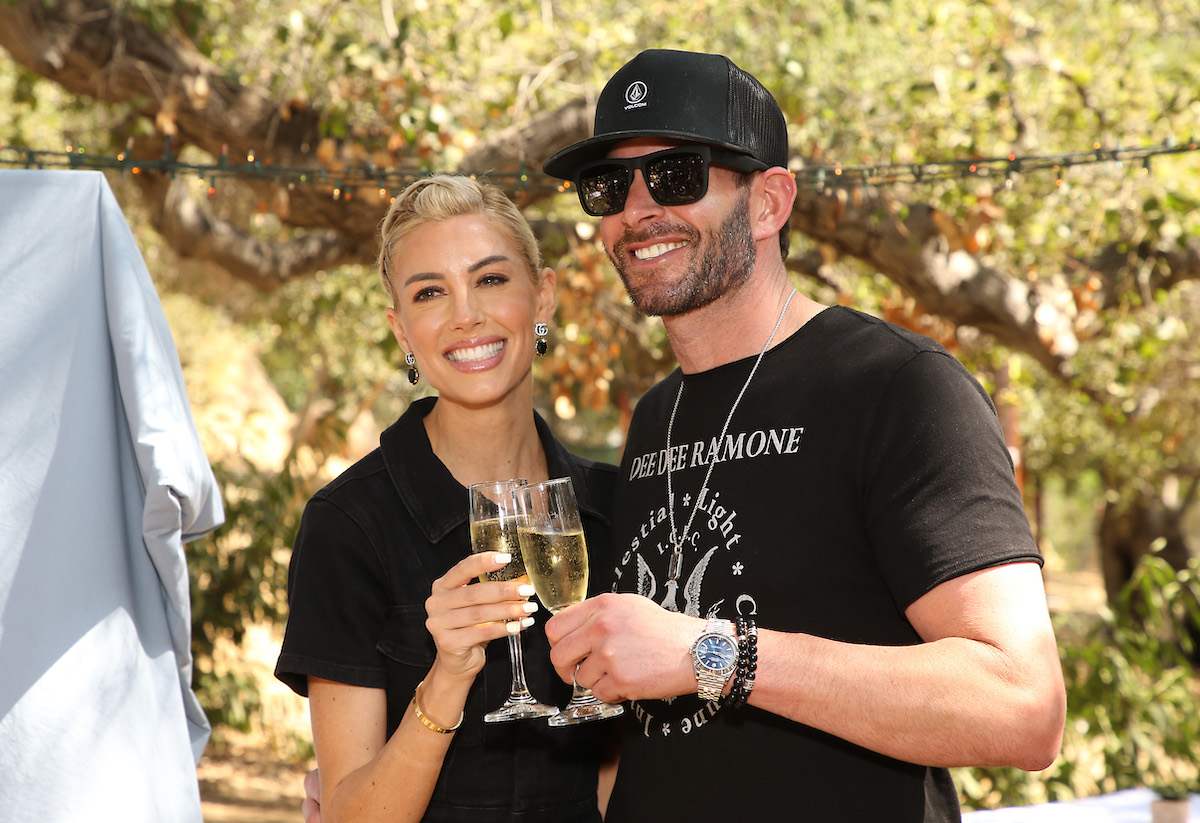 On May 17, Selling Sunset star Heather Rae Young revealed on her Instagram Stories that she had contracted a stomach virus. She posted a photo of herself in bed with an IV in her arm, and captioned it with an explanation of her illness.

“On top of everything I came down with a 24 hour virus that affects the stomach…. Bad bad!” Young wrote. “This has never happened to me, During [sic] a showing today thank goodness we were done & heading down the elevator I had to run out to find a bathroom and threw up. I ended up throwing up 11 times.”

The Netflix star continued to say that her doctor made a home visit to administer the IV in the photo. “Already feeling better with anti nausea medicine but wow it was intense,” she wrote. “My incredible Doctor came to hydrate me as I can’t even keep water down. MIA for the rest of the night.”

Young concluded the post by thanking her husband, Tarek El Moussa, for taking care of her. “@therealtarekelmoussa you are the best nurse,” she wrote.

On May 18, Heather Rae Young revealed the sweet words her stepson Brayden told her while she was sick. Tarek El Moussa has two children with his ex-wife, Christina Haack, making Young the stepmother to 6-year-old Brayden and 11-year-old Taylor.

The Selling Sunset star posted a photo of Brayden smiling and holding a terrarium in her Instagram Stories. She wrote in the caption, “I took a 3 hour nap today & woke up feeling a lot better. Seeing his sweet face makes me smile.”

She went on to reveal the sweet thing her stepson told her about her illness. “He says ‘Heather you pushed yourself too hard’ 🥺so sweet.”

On May 8, the Selling Sunset star revealed that Brayden spent Mother’s Day having emergency surgery. She shared an Instagram photo of the 6-year-old sleeping in a hospital bed with a giant teddy bear.

“Today @therealtarekelmoussa and I were woken up to a call that as a parent & step parent you never want to wake up to,” Young wrote in the caption. “Christina & Josh rushed Bray to the hospital very early this AM. Bray had to have an emergency appendectomy surgery & removal of his Meckles Diverticulum.”

“Scariest day of our life but we are so thankful it was caught early,” she added before concluding, “Times like these we ban together as a family. It’s been a very emotional day but he is doing well and recovering. 🤍❤️”