For the first time in 17 years, Rolling Stone has updated their iconic list of the 500 greatest songs of all time.

According to the list’s intro, over 250 “artists, writers and industry figures” were recruited to participate in a poll of nearly 4,000 songs to re-determine what the top 500 are. The original list was made in 2004 and the industry has seen a great deal of change since then.

The coveted first spot goes to Aretha Franklin for her version of “Respect,” originally recorded by Otis Redding. The song has recently seen a surge in popularity following the Queen of Soul’s recently released biopic of the same name.

The second spot on the list goes to Public Enemy’s “Fight the Power.” 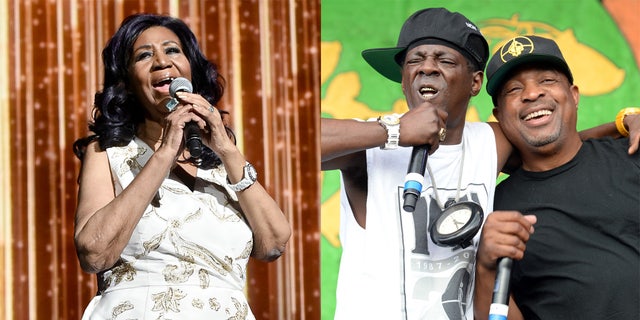 Aretha Franklin and Public Enemy nabbed the top two spots of Rolling Stone’s updated list of the 500 greatest songs of all time for ‘Respect’ and ‘Fight the Power,’ respectively.
(Getty Images)

The updated list still puts classic acts like The Beatles, Stevie Wonder and Fleetwood Mac in its higher spots, but the top 50 now contain entries from newer acts like Kendrick Lamar, Lorde and Robyn – all of whom scored high spots for songs released after the original’s publication.