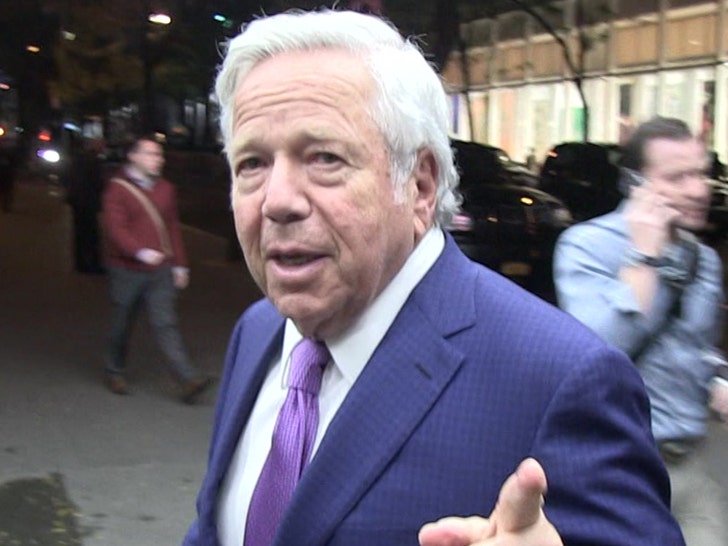 The Foundation to Combat Antisemitism (TFCA) released the 30-second ad during the first quarter of the Patriots-Jets game … “calling attention to the concerning rise of antisemitism.”

The org. — which Kraft founded intending to forge positive relationships with Jews and non-Jews — expressed in the commercial that they need more people to condemn antisemitism.

“With the recent rise in conversations about antisemitism on social media, FCAS launched #StandUpToJewishHate, encouraging Jews and non-Jews alike to speak out against hatred and stand with the Jewish community,” the org.’s website read.

The timing of Kraft’s ad was strategic … and comes as Kanye continues to face backlash over the antisemitic remarks he’s repeatedly made in interviews.

Ye isn’t the only celeb who’s found himself in hot water — over the weekend, Kyrie Irving was involved in a heated spat with a reporter about a controversial movie he shared on Twitter.

Irving tweeted a link to a film on Amazon called … “Hebrews to Negroes: Wake Up Black America,” which claims to expose who the real “chosen people of God” are.

Nets owner Joe Tsai publicly criticized the Nets’ superstar point guard … and condemned him for promoting the movie on his platform.