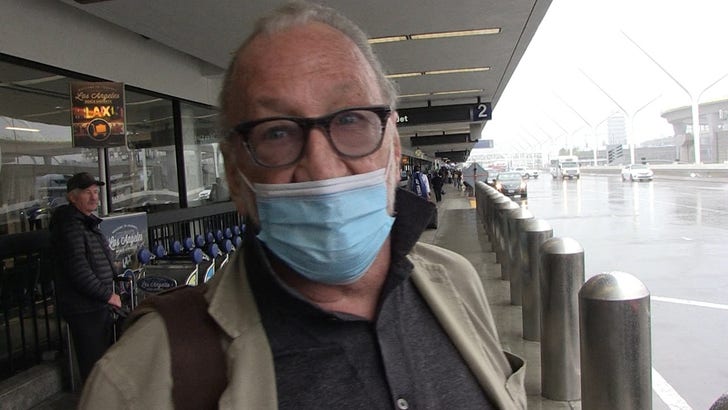 Whoever buys the “Nightmare on Elm Street” house is gonna have a helluva headache on their hands — so says Freddy Krueger himself!

We got Robert Englund at LAX, and sure enough … the iconic horror actor weighed in on the fact that the L.A.-area home they used to shoot scenes in the OG flick is hitting the market for a pretty penny — around $3.2 million.

Check out how RE feels about it … first, he tells us the crib actually served a great purpose off camera — financially speaking — so the new owner(s) will have that cool little nugget of history to hang their hat, on top of the already-sweet movie heritage.

As far as who Rob thinks the house should go to — he’s pretty jokey about it, saying that perhaps Jason Voorhees or Pinhead would fit right into the neighborhood.

On a more serious note, though, Mr. Englund does acknowledge the people who scoop this property up will likely have to deal with adoring fans … perhaps for the worse. Fact is, it’s a very well-known house, and Robert seems to think there’ll be gawkers far and wide.

He’s probably not wrong here — but we imagine whoever throws down for the place is anticipating that, and may well even enjoy it.

One last question for Robert here — would the house best be suited for renovation, like the ‘Brady Bunch’ home??? He does believe reality TV would work … but for a different franchise.