After directing the acclaimed documentaries John Lewis: Good Trouble and The Way I See It, filmmaker Dawn Porter has turned her attention to the Tulsa Race Massacre of 1921. ET has an exclusive clip from Rise Again: Tulsa and the Red Summer, in which Washington Post journalist DeNeen Brown, who has her own personal connection to Tulsa, looks back on her coverage of the massacre.

In the clip, Brown looks back on a 2018 article, “Amid Gentrification, a Race Massacre Still Haunts Tulsa,” noting that it “questions why an investigation opened in 1998 was closed without physically digging for mass graves.”

In addition to recounting what happened over the two-day period while exploring the early 20th century period in America known as the Red Summer, the film also documents the investigation of mass graves found in the area as the city faces renewed calls for justice for the victims and survivors.

In the film, Brown also sits down with family members of those killed, law enforcement, archeologists and historians as she attempts to make sense of the role that politics and media played at the time and how it relates to the modern civil rights movement of today. 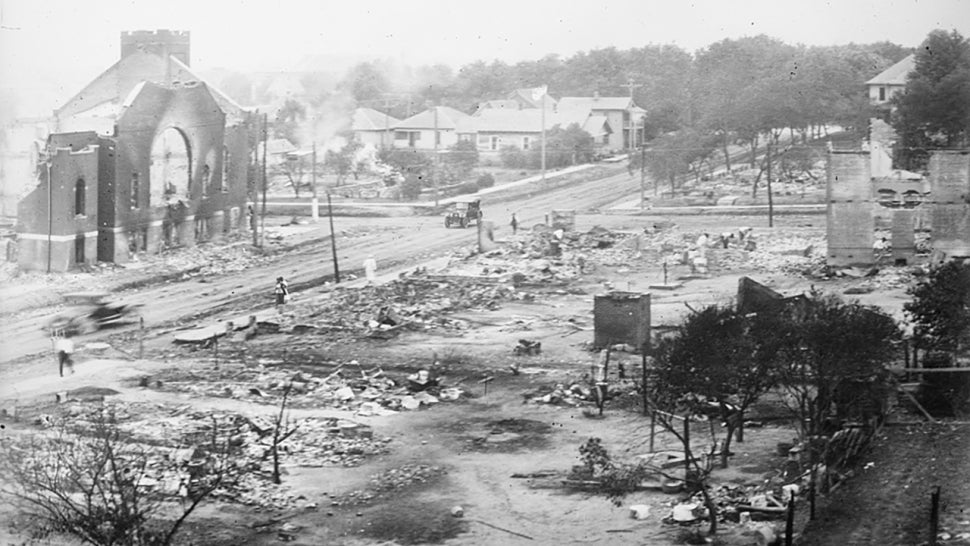 “Black Wall Street was named that because there were bank owners, oil well owners, Black people who owned airplanes, etcetera. Those people were targeted because they were successful,” Porter told ET. “That’s not a story we have often heard. I always wonder what else we don’t know.”

The filmmaker also revealed that she learned so much from making this film. “I had no idea how many massacres there were across America during this period, but the biggest lesson was how Black men and women continued to rebuild and resist oppression and suggestions that they were inferior,” she said. “They refused to accept inequality.”