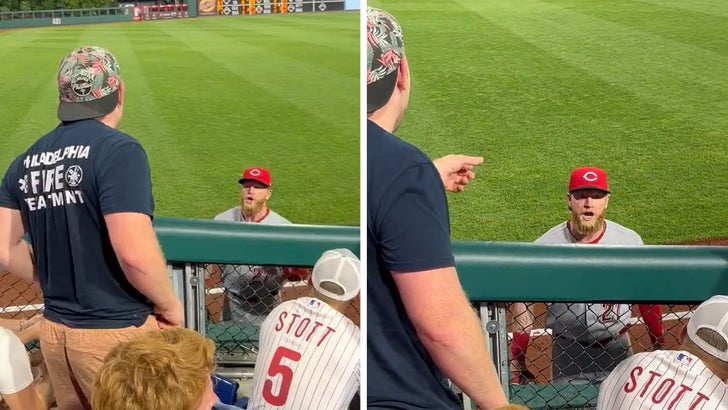 Cincinnati Reds outfielder Jake Fraley was so pissed with Phillies fans on Thursday night, he straight-up screamed at the guys and eventually told them to “shut the f**k up!”

It all went down at Citizens Bank Ballpark during the Reds’ tilt with Philadelphia, when at some point during the contest, Fraley had clearly heard enough from chirping Phils fans.

Video from the scene shows Fraley and a man wearing a navy blue shirt that read Philadelphia Fire Department jawing back and forth with each other, exchanging cuss words.

Then, after Fraley told the guy he didn’t want a problem with him … he said to the group of people in the seats, “Shut the f**k up!” before he walked away from the situation. 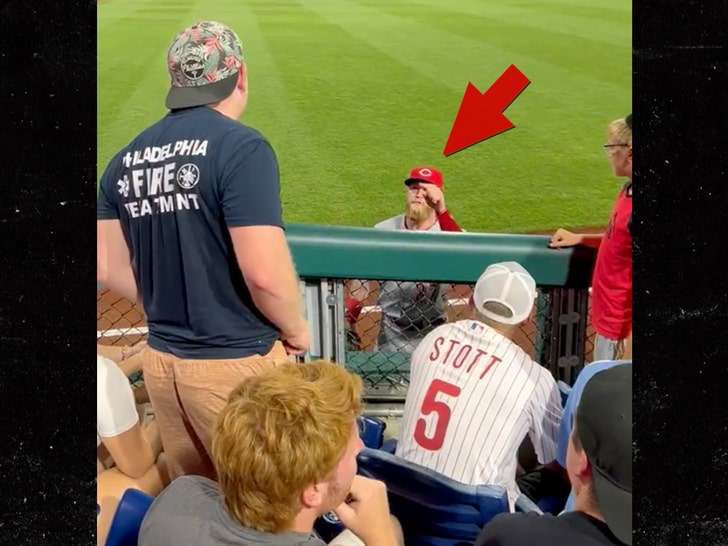 The fans kept telling Fraley he got the wrong guy, with one man repeatedly yelling, “It wasn’t me!”

Jake, however, clearly wasn’t buying the explanation, and seemed infuriated over it all. Luckily for all parties, cooler heads prevailed before things escalated.

Ultimately, the Phillies fans went home happy … ’cause they beat Fraley and the Reds, 4-0.