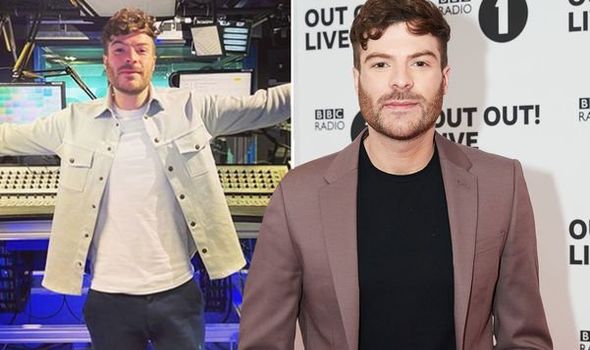 Jordan North regularly sofa surfed at friends’ houses when he first joined the BBC station as he couldn’t afford hotels in London, but at times found himself with hours to kill and nowhere to go. At certain points, the 32-year-old said he slept in small rooms in the studio but was eventually caught by security.

The presenter opened up about the time after White Wine Question Time podcast host Kate Thornton told listeners he now offered his couch out to those in a similar situation.

He explained: “Chris North, my first agent, used to let me crash on his sofa when I came down. He put me up in his flat whenever I asked.

“Radio 1 asked me to cover on a Sunday morning but there are no trains on a Sunday morning, so you have to go up on a Saturday night but then you can’t afford a hotel in London because hotels are really expensive, even the cheap ones!

“By the time you have paid for your train and a hotel room, you’d probably be losing out on money.”

Kate went on to point out that occasional presenting on radio didn’t pay as much as people thought and agreed London hotels were not affordable on such a wage.

“I earned more money in commercial radio,” he added.

“I used to sleep on Chris’ sofa and George Godfrey’s, who is still a good friend of mine from Burnley.

“We were destined to be friends, we get on really well.

“He used to let me sleep in this tiny little office, it wasn’t a box room and I used to sleep on his tiny fold out bed.”

Jordan went on to say that sometimes his shows on Radio 1 would be requested at short notice and were awkward hours.

With this, he said he had hours to kill and decided to sneak into the studios.

“I don’t know if I should say this,” he laughed, but proceeded to tell the story.

“Then I used to go and sleep in the Radio 1 Live Lounge or the playlist room.

“I’d take my sleeping bag, I’m not paying for a hotel for a few hours.

“I remember security waking me up one night and shouting at me with a torch in my eyes.

The presenter has since gone on to front the station’s Drivetime show with Vick Hope, taking over from Nick Grimshaw.

Last year, his fan base grew after he competed on I’m A Celebrity… Get Me Out Of Here!.

He came in second place behind author and podcast host Giovanna Fletcher.