Princess Kate dazzled as she hosted her annual Christmas concert on Thursday evening, and whilst chatting to the glittering line-up of guests, she made a candid confession about the Wales children.

Kate confessed: “On the piano, you can slightly hide away a bit more than you can do singing.

REVEALED: Princess Kate prepares to step into the spotlight – amid Harry and Meghan Netflix controversy

“Actually my children probably wouldn’t forgive me – I’m not sure whether they think I’ve got a particularly good singing voice. I’ll have to have some lessons.” 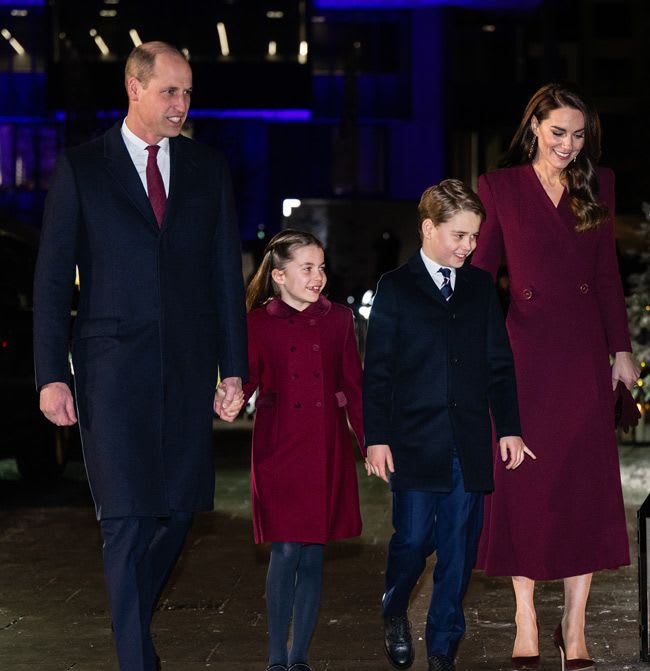 Last year at the concert, Kate surprised TV viewers by accompanying singer Tom Walker on the piano in a special performance during the carol service.

Kate, who has played since she was a child, sat at a grand piano in the candlelit Chapter House of Westminster Abbey as the star sang his poignant hit For Those Who Can’t Be Here.

This year, the concert was extra special as it was dedicated to Her Majesty Queen Elizabeth II and the values Her Majesty demonstrated throughout her life, including duty, empathy, faith, service, kindness, compassion and support for others.

These principles are shared and personified by the inspirational guests who had been invited to the Abbey in recognition of their tireless work to help and care for those around them.

Another moving dedication to the Queen saw the service decorated with an array of beautiful Christmas trees. Those placed outside were adorned with fake snow and warm lights, but those inside featured red bows, as well as several mini Paddington bear baubles.

Prince George and Princess Charlotte accompanied their parents to the service which was a welcome surprise for royal fans.