Princess Kate and Prince William have previously been praised for their “down to earth” parenting, and now a brand new photo of Kate trick or treating with her royal brood has been shared – showing just how hands on the princess is as a mum.

The sweet image was posted by their neighbour Jay Rutland, husband of Tamara Ecclestone, who wanted to defend the royals after the unanticipated early publication of Prince Harry’s tell-all book, Spare. He and Tamara were paid a visit by the Princess, Prince George, Princess Charlotte and Prince Louis in October.

The photo shows the trio at the large black gates of the Rutland-Ecclestone abode. Prince Louis, four, can be seen eagerly grabbing the gates with both fists next to his sister, Charlotte,7. Prince George, 11, stood behind his siblings next to Kate who is beaming from ear to ear.

Alongside the photo were the words: “For anyone doubting how down to earth William and Kate are… This is Kate with their kids knocking on our door in London trick-or-treating at Halloween,” alongside a pumpkin emoji. 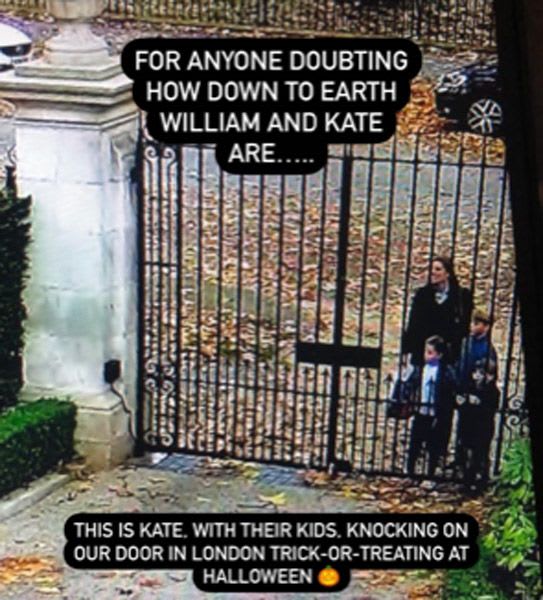 The royal quartet enjoyed an evening of trick-or-treating

It’s unclear as to exactly what the royal trio are dressed up as, but due to the light sky in the image it appears as though the family made a stop on the way home from their school day.

Jay and Tamara live in a stunning £70million home in the lavish Kensington postcode which they share with the Prince and Princess and their Kensington Palace 1A apartment.

This isn’t the first time Jay has praised Kate and William for their hands-on parenting, as last month during a Q and A on his Instagram account, he mentioned the heartfelt encounter. 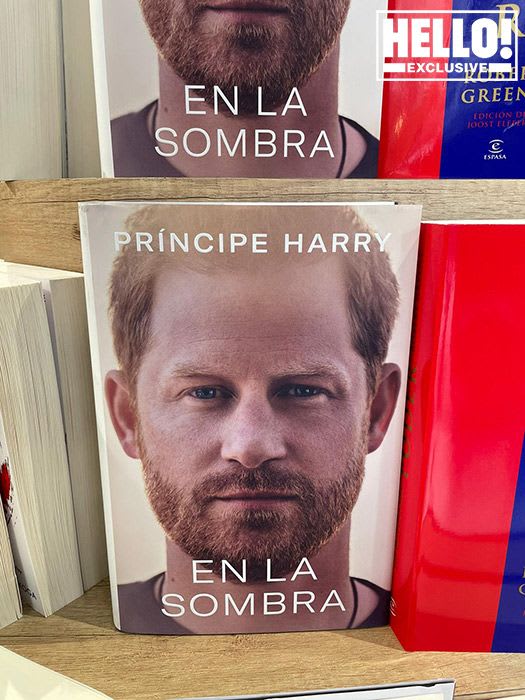 Spare went on sale in Spain on Thursday

One follower probed: “What do you think of William & Catherine”, to which the Maddox Gallery director replied: “William is warm, engaging and friendly.

“Kate knocked on our door in London with their kids on Halloween. ‘Trick or Treating’. Very friendly and down-to-earth,” he added.

Price Harry’s tell-all book caused a big stir on Thursday when it went on sale ahead of its planned publication date, in Spain. In one part of the book, Harry reveals what the then Duchess of Cambridge thought when he told her and Prince William that he was dating Meghan Markle.

Other bombshells from the book, including Harry’s last conversation with the Queen before her death and how Harry believed Diana was in hiding for years, can be seen in our full roundup piece of the biggest stories to emerge from the publication.