Prince William and Prince Harry’s step-siblings Laura Lopes and Tom Parker Bowles made a rare appearance with the rest of the royal family during the state funeral of Queen Elizabeth on Monday, September 19. 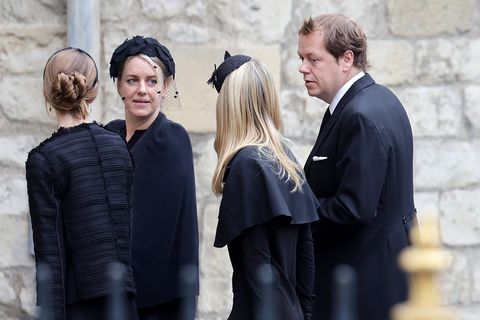 Laura and Tom are Queen Consort Camilla’s children, and don’t attend too many royal events. Though, they were seen at the Order of the Garter service at St George’s Chapel back in June. 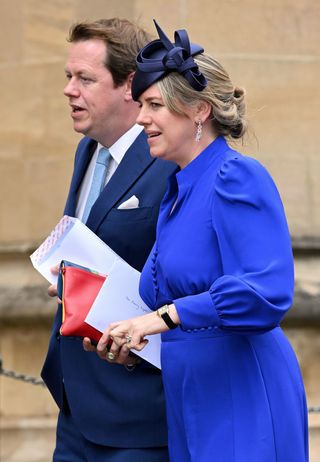 Not much is known about Laura and Tom’s relationship with the royals, but author Katie Nicholl wrote in her 2010 book Harry and William that William and Laura didn’t exactly get along when they were young:

More recently, Tom gave an interview with Good Morning Britain and said that he and Laura are “not quite part of the royal family, to be honest,” adding “My mother married into it. She’s part of it. We’re the common children. We’re just on the side.”

On a brighter note, Tom also once said [via The Express] re Charles and Camilla, “All you care about [when it comes to parents] is they’re happy and my mother is exceptionally happy at the moment. I’ve always adored my stepfather; he’s always been a kind and good and lovely man. He is a man of warmth, intelligence and humanity and I think if it ever happens, he will make a fantastic King.”