The Duke of Sussex was supported by his wife the Duchess of Sussex as he delivered a keynote speech on Nelson Mandela International Day.

Harry and Meghan flew to New York City to attend the United Nations’ informal meeting held by the General Assembly to mark the special day.

At the event, which saw the Deputy Secretary-General and the President of the General Assembly give remarks, Harry took centre stage as he gave the keynote address, with Meghan proudly watching from the audience.

Harry spoke about climate change and poverty, making references to Nelson Mandela’s life and legacy and what has been learnt from the late president’s struggle.

Challenges that the anti-apartheid activist faced in his lifetime, which are still ongoing today, include the divide between rich and poor, racial intolerance, and hunger and food insecurity. 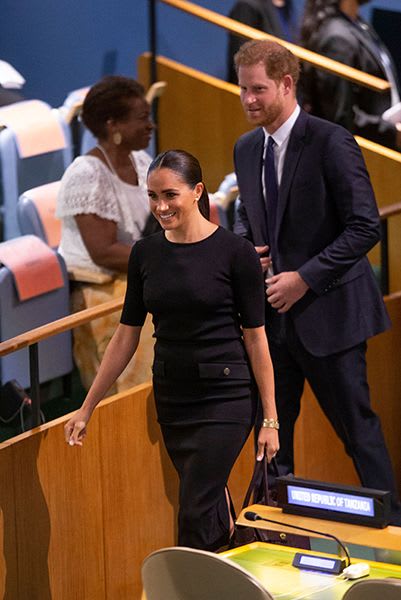 The Duchess looked chic in a black pencil dress

During the two-hour meeting, the 2020 UN Nelson Mandela Prize was also awarded to Mrs. Marianna V. Vardinoyannis of Greece and Dr. Morissanda Kouyaté of Guinea. The prize, which is given every five years, recognises people who have dedicated their lives to the service of humanity. 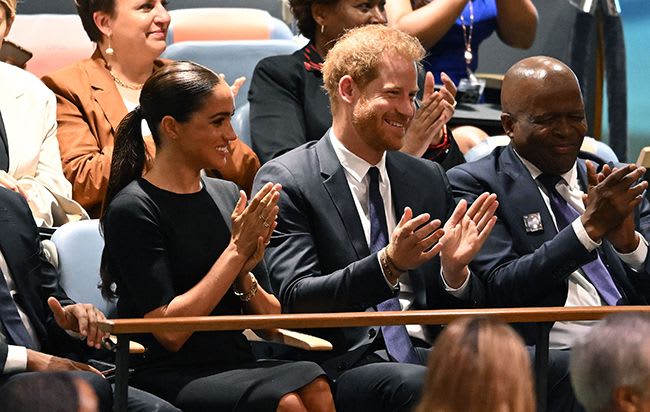 Harry and Meghan appeared in high spirits as they arrived at the UN General Assembly on Monday morning.

The father-of-two looked smart in a navy suit and tie, while former Suits actress Meghan was typically stylish in a black pencil dress. She had her hair swept up into a tight ponytail and accessorised with a black Mulberry bag. 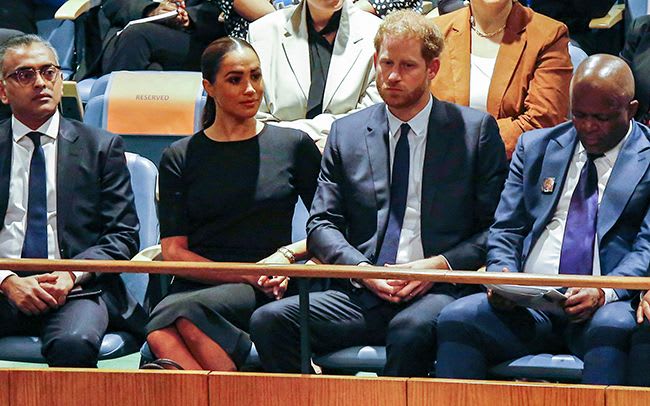 The Duke made references to Nelson Mandela’s life and legacy

The Sussexes travelled to the East Coast from their home in California. It’s not known if they were accompanied by their two children, son Archie, three, and one-year-old daughter Lilibet.

Harry, 37, and Meghan, 40, previously attended the UN General Assembly in September 2021 but they did not take part in the speeches.