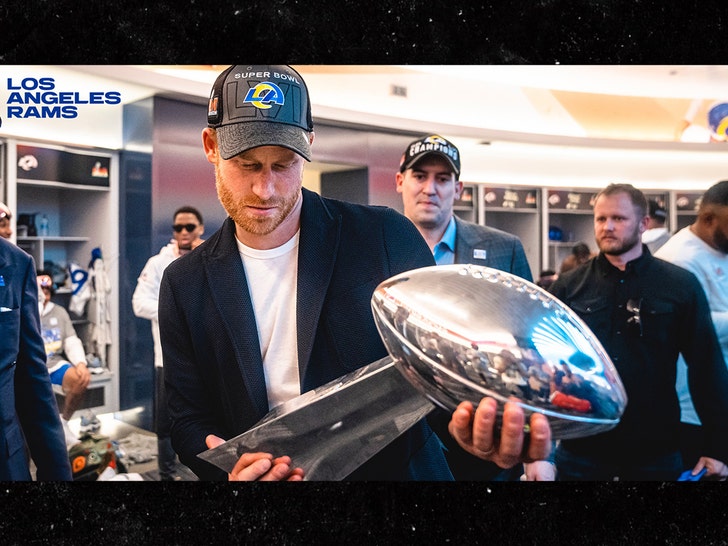 Prince Harry got some serious MVP treatment from the L.A. Rams following the team’s Super Bowl victory … even getting to touch the sport’s most coveted prize.

The official Rams account just posted these photos of the Duke of Sussex getting an up-close-and-personal look at the Lombardi Trophy after L.A. won the game. The attached caption … “Feelin’ like royalty.” 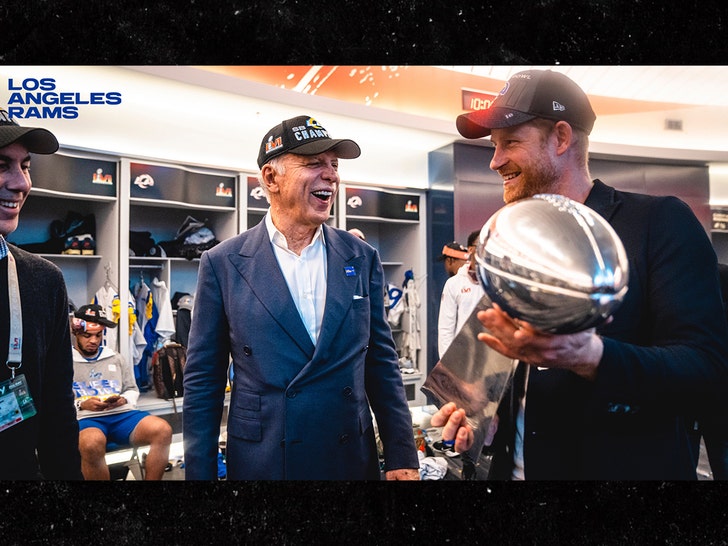 In the pics, you see Harry in the Rams locker room, checking out the hardware alongside team owner Stan Kroenke and others, while laughing it up … sans any face coverings.

We should say, however, while seated in the stands with his cousin, Princess Eugenie, he was indeed wearing a mask. But it seems like when he was behind the scenes and undetected, or so he thought, he ditched the cloth as well … like countless others were already doing. 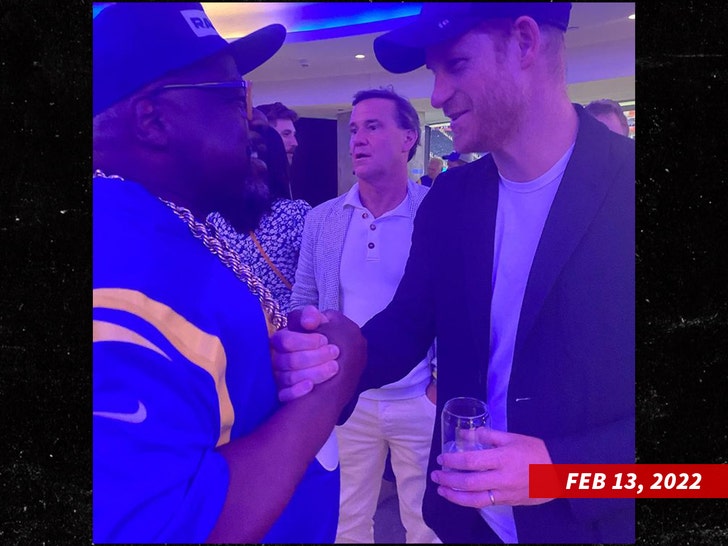 Like we told you … as it stands, the rule in L.A. County is that everyone is supposed to mask up indoors … even though California at large has already lifted the mandate. Despite this, a good majority of folks at the game — famous or not — didn’t give a hoot … and enjoyed themselves with their mugs set free.