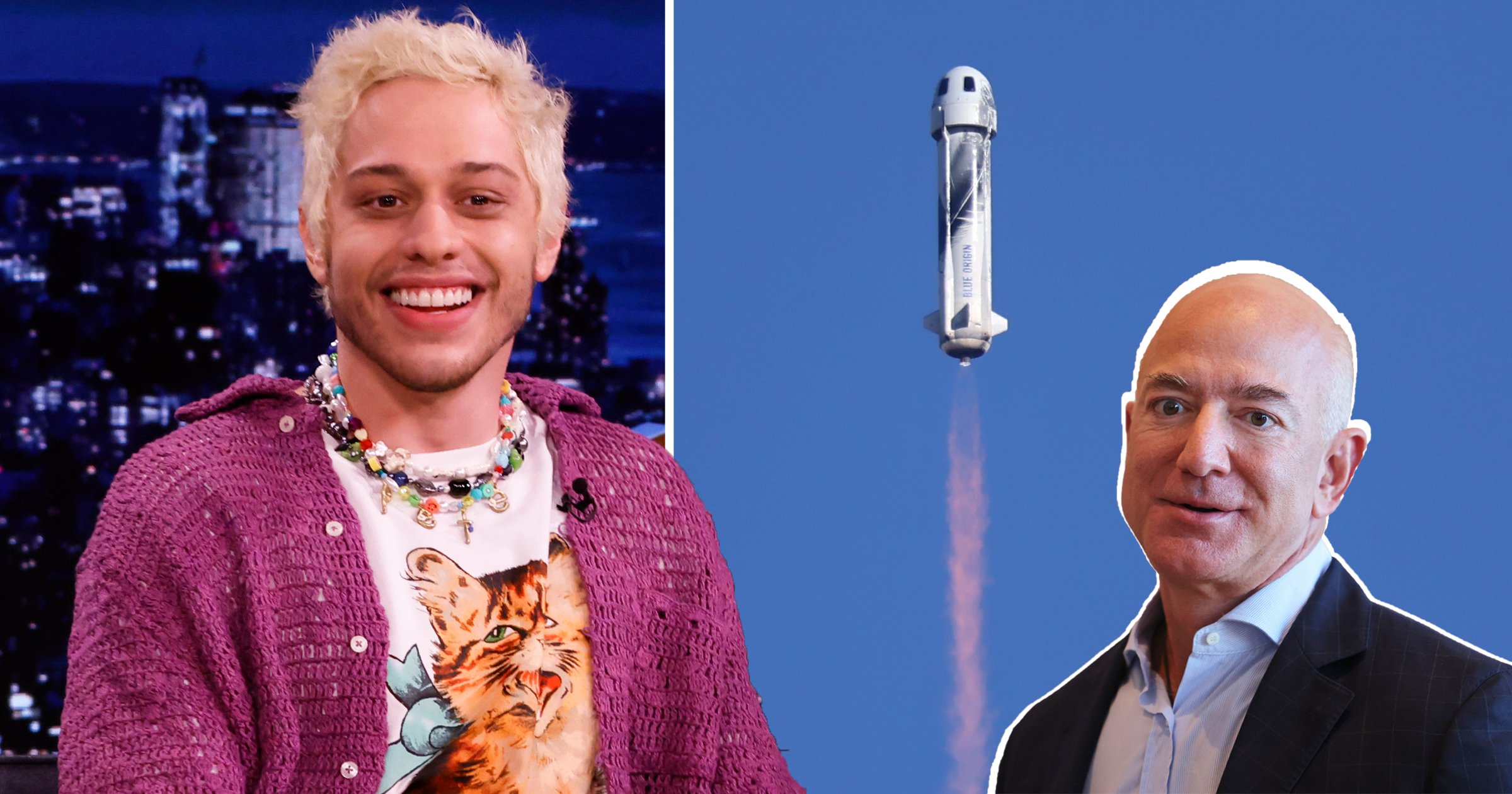 Pete Davidson is reportedly in talks to blast off into space with Jeff Bezos after meeting with the billionaire Amazon founder.

The Saturday Night Live comedian, who was buried alive in Kanye West’s disturbing animated music video for new track Eazy, is said to be keen to be among the A-listers on board the Blue Origin rocket.

Davidson and his girlfriend Kim Kardashian met with Bezos earlier this year, however it remains unclear whether plans for a trip into space were discussed at that time.

‘Pete is excited,’ a source told Page Six. ‘They haven’t signed a contract yet, but it looks like it’s going to happen.

‘The details are being finalised. He got on really well with Jeff when they met.’

While a date for the voyage has yet to be announced, the publication suggests it’s likely to take place later this year.

The Star Trek actor, 90, reached the final frontier in October, delighting the millions of sci-fi fans who know him as Captain James T Kirk of the USS Enterprise.

Mr Bezos was behind Shatner’s trip to the stars through his Blue Origin space travel company.

According to a live stream of the historic event, he and his fellow passengers reached an altitude of roughly 350,000ft and a velocity of about 2,000mph.

After a trip lasting about 10 minutes, the capsule fell back to Earth with the aid of a parachute.

Shatner was the second passenger to step out of the capsule and was embraced by a delighted Bezos.

He became emotional while speaking to the billionaire, and at the time said: ‘Everyone in the world needs to do this.’

Shatner said he was shocked by the difference in the blue sky of Earth and the vast blackness of space, adding: ‘It was so moving to me. This experience has been unbelievable.’