The article, written by “Joe Schmoe,” was “published in error,” according to a Times spokesperson 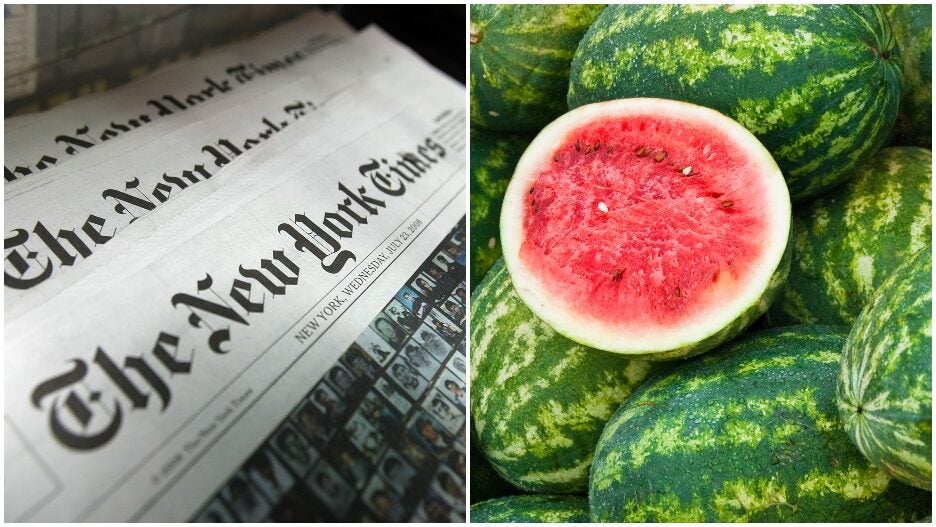 The New York Times published and then deleted a story on Tuesday claiming that “fruit aliens” are responsible for a field of watermelons on Mars.

The article appeared under the headline, “Fields of Watermelons Found on Mars, Police Say,” and was written under the byline “Joe Schmoe.”

“Authorities say rise of fruit aliens is to blame for glut of outer space watermelons,” the subheadline read. The rest of the article consisted of only a couple of (very bizarre) sentences: “The FBI declined to comment on reports of watermelons raining down, but confirmed that kiwis have been intercepted. This story is terribly boring.”

According to the website Futurism, which first reported the story, the article disappeared within an hour of appearing on the Times’ website. It was replaced by a message reading, “This article was published in error.”

A New York Times spokesperson offered additional clarification in a statement, saying, “Earlier today, a mock article intended for a testing system was published on our site in error. The article has since been removed.”

In other words, the article appeared on the Times’ website as part of an online internal test that was mistakenly made public. Suffice to say, there are no watermelons — or any other form of life, that we know of — on Mars.

The snafu came amid an already chaotic day at the newspaper. Earlier on Tuesday, the Times and several other major websites, including Reddit and Amazon, briefly went offline following an outage that affected the content-delivery network Fastly.