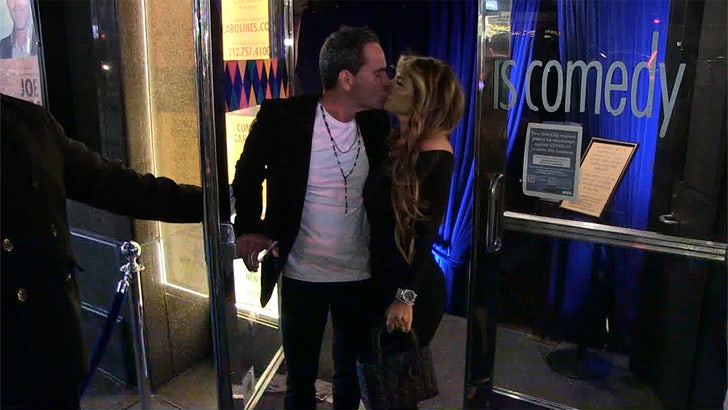 Teresa Giudice and her new fiance, Luis Ruelas, caused quite a scene when they showed up to an NYC comedy club … with tons of fans, well-wishers and camera flashes greeting them at the door.

The newly engaged couple hit Caroline’s on Broadway Wednesday night to support her brother, Joe Gorga, who had a gig. As soon as they arrived, Teresa and Luis were hit with a flood of cameras and questions — they stayed mostly silent before heading inside — but then came back out to take more pics, and flash her new engagement ring. 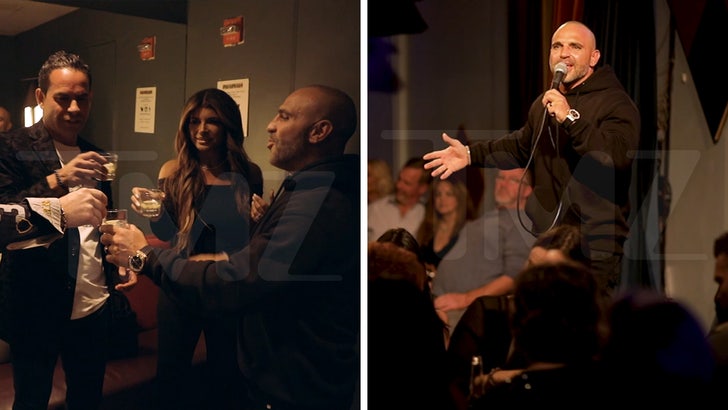 We got some video inside the club, and backstage Gorga congratulated his sister and future brother-in-law with some nice words … and a round of shots.

As for his set, Joe had the audience rolling with ‘Housewives’ jokes … and Teresa and Luis seemed to be eating it up too.

No wedding date or details yet, but if the comedy show is any indicator, it’s sure to be over the top.