NASCAR driver Josh Bilicki turned his #7 car into a replica of a police cruiser for Sunday’s Cup Series race — all to honor more than 200 cops killed in the line of duty.

Bilicki will roll out his new paint job at the Martinsville Speedway in Virginia on Nov. 1st … and it looks pretty incredible.

It’s got painted on police lights, a black and white base scene — and the iconic “Protect & Serve” slogan across the side.

There are also more than 200 stars painted on the hood — to represent more than 200 officers who have reportedly been killed in the line of duty in 2020. 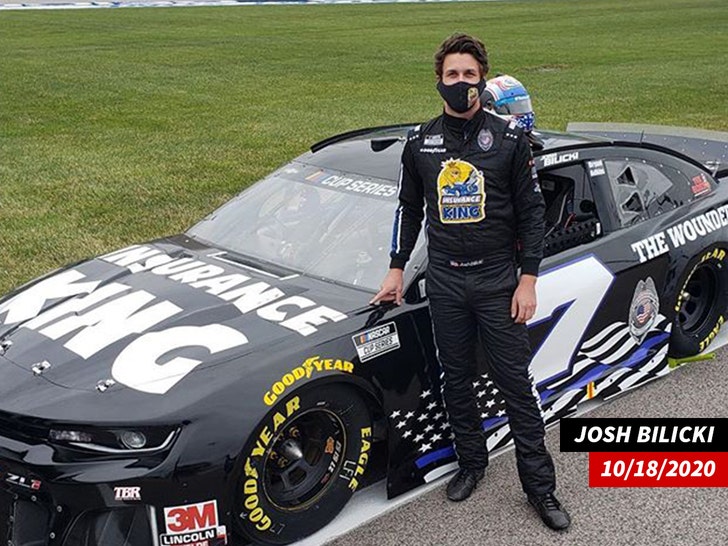 25-year-old Bilicki — along with his sponsor Insurance King — have been working with The Wounded Blue organization, which helps officers who have been wounded or injured on the job … and wanted to do something special for Martinsville.

“We came up with the idea to make the car look like a cop car because NASCAR began with bootleggers outrunning the police,” Insurance King president Dan Block said

“However, when we partnered with The Wounded Blue, we ended up going one step further with this paint scheme and are dedicating this design to each police officer that lost their life in 2020.”