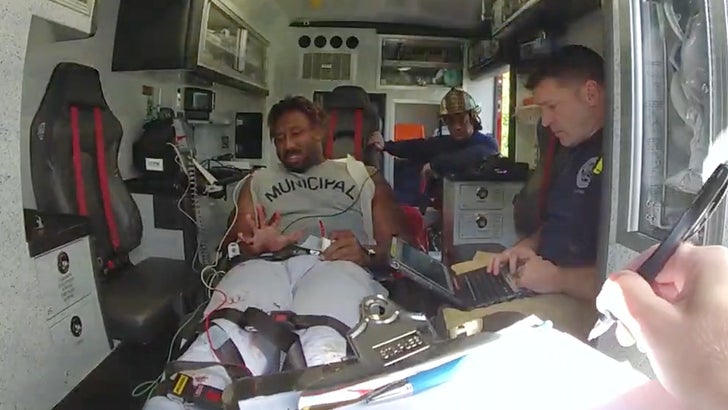 New police video, obtained by TMZ Sports, shows Myles Garrett admitted to an officer that he was going around 20 MPH over the speed limit before he crashed his Porsche on Monday.

In the Ohio State Highway Patrol body cam footage, Garrett can be seen in an ambulance moments after the accident in Sharon Township, Medina County … when an officer began questioning him about the wreck.

The two talked for several minutes about what the Cleveland Browns superstar remembered from the crash … before the cop eventually asked, “What was your speed approximately?”

The speed limit in the area was 45.

The video also shows Garrett complained of pain all over his upper body — before he told EMTs that his hand was “burning.” He also told the medical personnel he thought his eye was swelling and bruising.

Garrett had a conversation with the medical technicians about whether he actually needed to go to the hospital — but they encouraged him to do it. 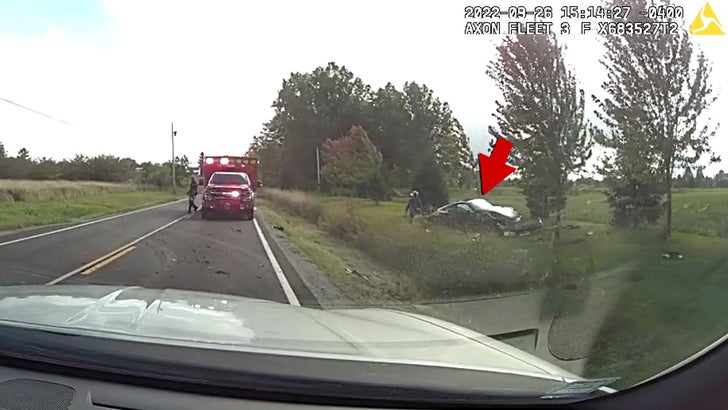 The video also showed several people recognized the football player at the scene — and at one point, an officer told the 26-year-old pass rusher, “Hopefully you’re not out too long. We need ya!”

Garrett — who was diagnosed with a shoulder sprain and a bicep strain — was ultimately hit with a citation for failure to control his car.