Nikki Sixx, who was once declared clinically dead for two minutes as a result of a heroin overdose, has found peace.

The 63-year-old, known as the co-founder, bassist and songwriter for rock’s hell-raisers Mötley Crüe, has been happily sober for 20 years. In 2020, the artist settled in Wyoming with his family, not far from Idaho, where much of his story started. In late 2021, Sixx reflected on his formative years in a memoir titled “The First 21,” which details several shocking family revelations.

The book describes how his father abandoned him early on and his mother was a wild child who dated Richard Pryor. It also explores how he was never allowed to know his sister Lisa, who was born blind and with Down syndrome. And the book also shares how his grandparents gave him a strong work ethic, something he still treasures today. Not long after the book was published, his band Sixx:A.M. unveiled a retrospective album with their biggest hits. 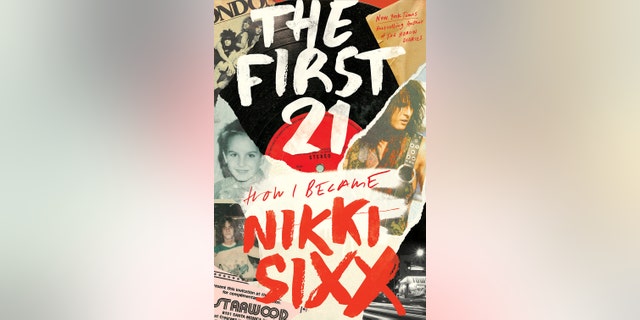 Nikki Sixx wrote a new memoir that was published in late 2021 titled ‘The First 21: How I Became Nikki Sixx’.
(Constable)

Sixx spoke to Fox News about his turbulent childhood, sobriety and why he left California.

Fox News: What was it like revisiting your childhood for this book?
Nikki Sixx: It was surreal. I was born in 1958. I was named after my dad. He’s a proud Sicilian from an immigrant family who made their way from Sicily into New York and across America. My dad was the first to be born in America in his family and the first one to graduate high school. My mom was wild, and he was wildly handsome, so it all probably seemed awesome.

And then we found out that my mom didn’t really have the mother gene in her. She didn’t hold me, take care of me for the first while of my life. And my aunt, her sister, came down and helped. She loved babies. I never really got to connect with my mom. But I did with my aunt and grandparents. And then my sister Lisa was born with Down syndrome. I had a full-blooded sister. She was sent to a facility against my father’s wishes. And then around that time, he left. No one really said why. My uncle said something must have made him “really angry” but he left me behind. I think I was too young to understand the impact that had on me. 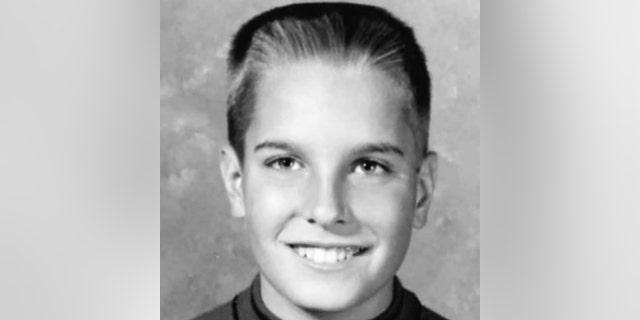 Nikki Sixx as a child.
(Courtesy of Nikki Sixx)

And I didn’t want to write a book and slay my parents, bring out the guillotines. But I wanted to look at the situation from a helicopter view. And I learned a lot.  I wanted to have some empathy. My mother had me at 17, and she was pretty wild. But I also got to be raised by my grandparents, which was a stroke of luck. They were blue-collar, hardworking people. And that had a huge impact on me. I learned that you work hard, and you don’t complain. So I worked extra hard. Sometimes in life, we are faced with devastating situations. It becomes a struggle. But it can also lead to a better opportunity.

Fox News: You were introduced to marijuana at age seven, long before you were a rock star or doing hard drugs.
Sixx: The ‘60s were a huge shift compared to the ‘50s. My mom was a super beautiful, charismatic, wild child, a hippie. The men that came in and out of our lives… there were a lot of people who were smoking pot, cranking music and partying. I’m there absorbing all of it. She had met a guy named Bernie and for some reason, I don’t know why, but we moved to Mexico.

So we’re in Mexico, and it was the ‘60s. It didn’t seem like anybody had clothes on or anybody was sober. I’m a little kid and the authority figure says to try something. I didn’t know what I was doing, but I did take a hit off a joint. From what I can remember, I was just spaced out, freaked out. It didn’t register with me until I started digging into my life more. 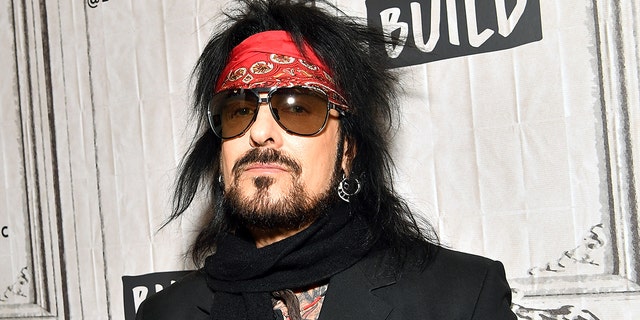 ‘The First 21,’ written with Alex Abramovich, charts Nikki Sixx’s birth in 1958 to the date in 1980 — before Mötley Crüe founded.
(Photo by Slaven Vlasic/Getty Images)

I don’t think that led to heroin addiction. I think that was from a chain of events in my life and what was happening on the planet in the ‘60s, ‘70s and then the ‘80s. I got caught up in that jet stream because of the choices I made and what I wanted to do for a living.

I was living on my own in Hollywood, trying to make a name for myself. I was putting bands together. Cocaine was around, alcohol was around. I never knew anything about pills and then eventually you’re discovering heroin, which had been glamorized for so long in one way or another. I didn’t realize what I was getting into. It was like signing a deal with the devil. That’s why I speak out on it. I’ve tried to share my experiences in hopes it can help others… By being honest, I have everything to gain.

Fox News: Were you ever afraid of becoming a parent because of the kind of childhood you had?
Sixx: No, that’s what I wanted to be more than anything else. I wanted to be a parent. I wanted my kids to know that no matter what, their dad is here and always will be. I never knew that. Fatherhood is amazing. I love being a dad. And I like to dispel things. A lot of people are like, “You’re a dad, so you must drive a minivan now and listen to elevator music.” *laughs*. 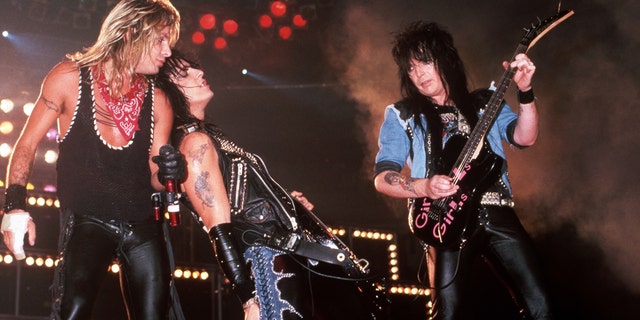 I just love it. I look back and think, I can’t imagine just doing an album and a tour. It seems like there’s so much more to the story. There’s so much more I can do. And one thing I’ve learned along the way is you don’t have to be just one thing. You can reinvent yourself.

Fox News: You’ve been sober for 20 years. What’s that been like for you?
Sixx: I love being sober for many reasons. Somebody told me recently, “Man, you look pretty good with everything you’ve been through.” *laughs*. It was a journey. I was six years sober. I didn’t quite get it. I mean, I got it, but I slipped and went out one day and then I was four years sober. And then I slipped. I didn’t want to go back and forth. I checked myself into rehab 20 years ago because I wanted to get it. And then I wanted to pass that message on. I want them to see what recovery can look like. 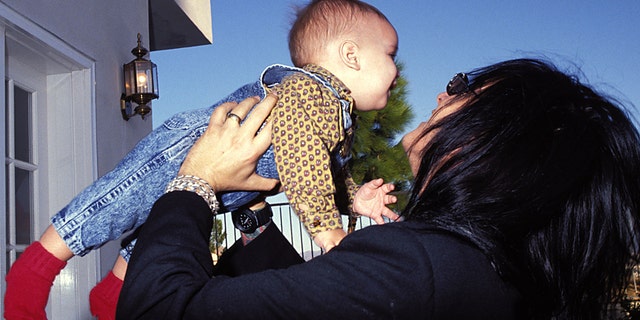 Fox News: You’re living in Wyoming. When did you first realize that you wanted to get out of California?
Sixx: We’ve been looking for about five years. We originally started the conversation like, “Wouldn’t it be cool to get a little place where we can go during the summer and take the kids fishing?” Or, “Wouldn’t it be cool to go somewhere where we can go skiing together in the winter?” We just kept talking about it, but it never happened. Then the pandemic hit. Like many people, we were looking around the country. It seemed like everybody was running towards these rural areas, but it’s something that’s been on our minds for a long time.

We looked at Idaho because there’s so much beauty there, and I have roots there. A friend was telling me about Nashville, but it’s too far. We didn’t want to travel that far from LA. And then my wife brought up Wyoming. We looked around Cody, Cheyenne and then finally zeroed in on Jackson Hole. It immediately felt like home. The community is perfect. 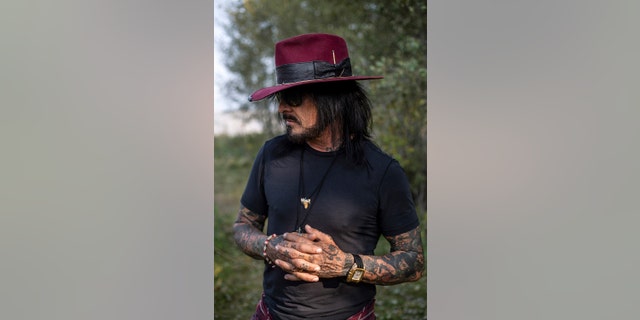 We just knew that this was the right choice for us as a family. I felt like my journey took me back to a place where I can go fishing and see the mountains. And then one day, my wife was like, “Why are we still here in California? This is a better place to raise our daughter.” We find ourselves coming down to Los Angeles to see friends. But then we are happy to go back home. And we spend 95% of our time in Wyoming. It’s home.

Fox News: What do you hope audiences will get from your book?
Sixx: You know, after I got clean years ago, I spent a lot of time digging into my life. And my family therapist told me something cool. I was talking to him about how important it is to be sober, being a great parent. I tell him, “I got it right.” And he goes, “You will screw your kids up.” I said, “But what do you mean?” And he goes, “We all screw our kids up.” 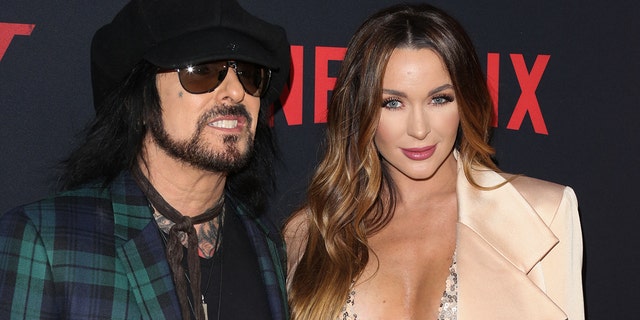 Nikki Sixx and Courtney Sixx tied the knot in 2014.
(Photo by Paul Archuleta/FilmMagic)

I could look at my family and say, “Dad had a dream when he was a kid, and it came true. And that was to be in a rock ‘n’ roll band. And part of being in a rock ‘n’ roll band is touring. So my kids grew up with a touring father. That has to have caused some kind of damage. So we talked about it. And they’re like, “No dad, we understand that you always come back.” But there’s something there. We are all going to fail our kids. We’re all going to fail in life in one way or another. So how do you make up for that? And that’s what I think the family unit is about. You gotta stick it out, man. You gotta stick it out, figure it out and keep working it out.