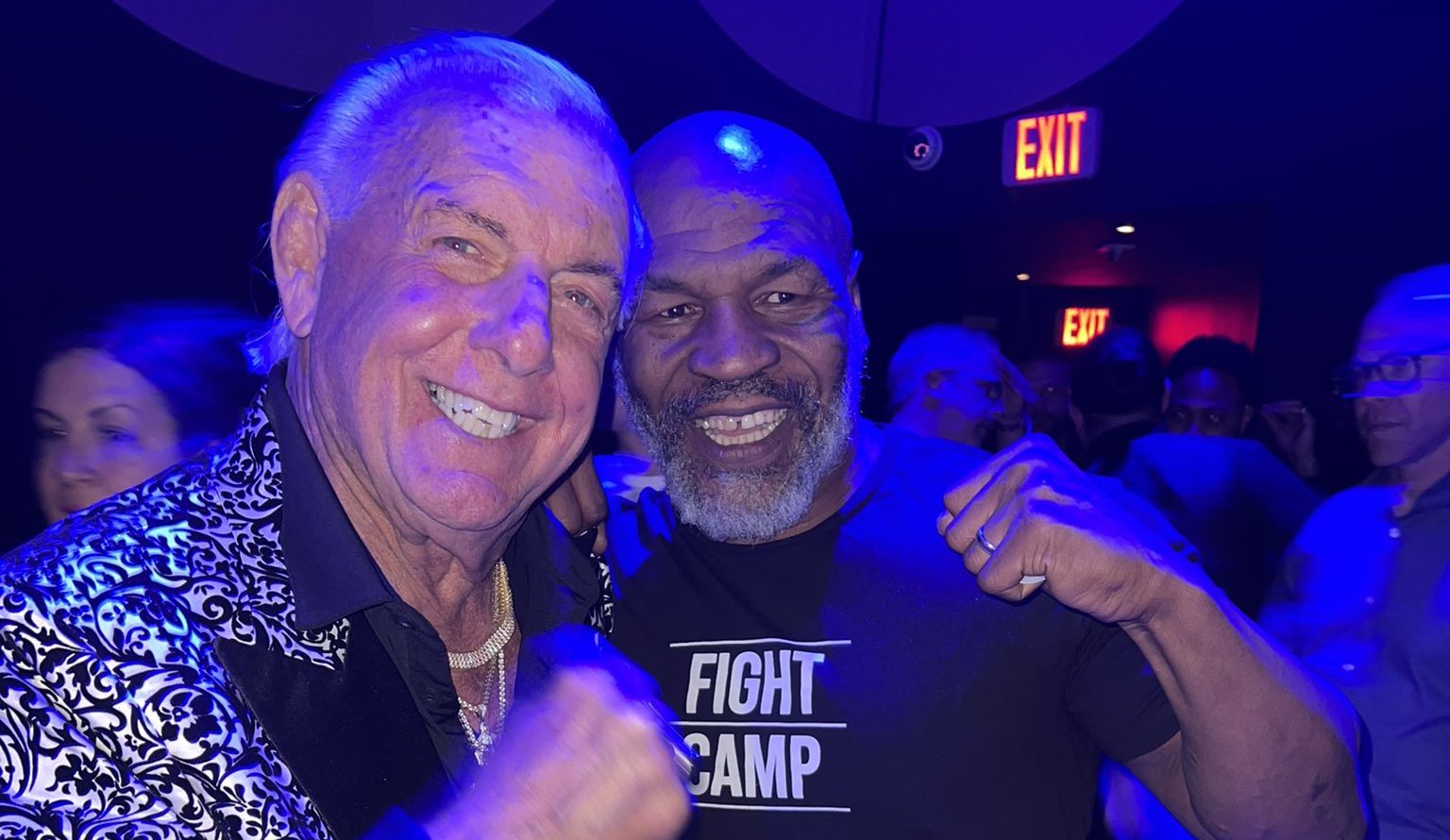 Mike Tyson looked to be in great spirits as he met up with Ric Flair at the Benzinga Cannabis Capital Conference after punching a fellow passenger on a plane.

On Thursday, footage emerged of the retired heavyweight boxer aiming a flurry for punches at a man sat behind him on his flight from San Francisco to Florida, with his team claiming the individual was being ‘aggressive’ and ‘harassing him’.

Hours after the video was shared, Tyson joined WWE Hall of Famer Flair at the conference and the pair later posed for a cheery photo together at an after party.

The Nature Boy – who has been back training in the ring recently – posted the picture on Twitter and wrote: ‘We’re Live At LIV In Miami! WOOOOO! @itstyson20 @MikeTyson @LIVmiami (sic)’

The pair – who are launching a cannabis line together – were joined by Rick Ross at the LIV nightclub in Miami, and Flair shared a clip of them discussing his wrestling career as Tyson appeared relaxed while smiling and smoking on stage.