McKayla Maroney recounted how she told the FBI how Larry Nassar repeatedly molested her – and called out the agency for making ‘false claims about what I said.’

“As most of you are aware, I was molested by the U.S. Gymnastics’ national team and Olympic team doctor, Larry Nassar,” McKayla Maroney said at the start of her testimony at a Senate Judiciary Committee hearing on Wednesday (Sept. 15). “What I’m trying to bring to your attention today is something incredibly disturbing and illegal. After telling my story of abuse to the FBI in the summer of 2015, not only did the FBI not report my abuse, but when they eventually documented my report, 17 months later, they made entirely false claims about what I said.”

McKayla said she was “shocked and deeply disappointed at this narrative they chose to fabricate.” She accused the FBI of protecting “a serial child molester rather than protect not only me but countless others.” She recounted telling the FBI how she first met Nassar when she was thirteen-years-old, and the sexual assault that happened soon after (content warning). McKayla held back tears while remembering how after telling her story to now-former FBI agent W. Jay Abbott, he asked, “‘Is that all?’” 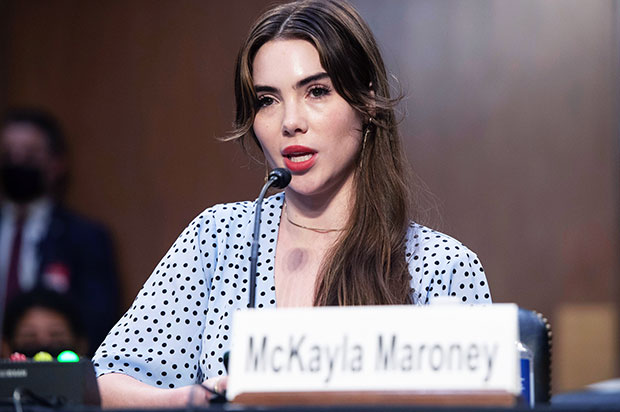 “Those words in itself was one of the worst moments in this entire process for me,” said McKayla. “To have my abuse minimized and disregarded by the people who were supposed to protect me.” She accused USA Gymnastics and the US Olympic Committee of working with the FBI to conceal Larry’s crimes. “This was very clear, cookie-cutter pedophilia and abuse, and this is important because I told the FBI all of this, and they chose to falsify my report and to not only minimize my abuse but silence me yet again,” she said.

“What is the point of reporting abuse if our own FBI agents are going to take it upon themselves to bury that report in a drawer?” she asked. “They had legal, legitimate evidence of child abuse and did nothing. If they’re not going to protect me, I want to know who are they trying to protect.”

“These individuals clearly violated policies and were negligent in executing their duties, and in doing so, more girls were abused by Larry Nassar for over a year,” she continued. “To not indict these agents is a disservice to me and my teammates. It is a disservice to the system, which was built to protect all of us from abuse. It was a disservice to every victim who suffered needlessly at the hands of Larry Nassar after I spoke up.

“Why are public servants whose job it is to protect getting away with this?” she demanded. “It is not justice. Enough is enough.” 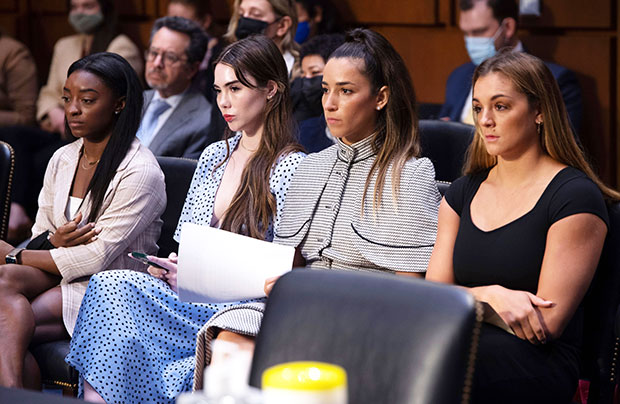 McKayla was one of four gymnasts who testified during the Sept. 15 Senate hearing on the FBI’s botched handling of the Larry Nassar sexual abuse case. Simone Biles, Aly Raisman, and Maggie Nichols all offered to share their experience with the FBI investigation. Simone broke down during her testimony. “I don’t want another young gymnast, Olympic athlete, or any individual to experience the horror that I, and hundreds of others, have endured before, during, and continuing to this day in the wake of the Larry Nassar abuse,” she said through her tears.

The hearing comes months after the Justice Department’s inspector general released a report criticizing the FBI for making “crucial errors” in the case, per The New York Times. Michael Langeman, a supervisory special agent in the FBI’s Indianapolis office, was fired in the days leading up to the hearing. W. Jay Abbot, who McKayla mentioned, retired from the agency in 2018. The report said he made false statements to the Justice Department investigators and also “violated F.B.I. policy and exercised extremely poor judgment under federal ethics rules,” per The New York Times. The report claimed Abbot was angling for a job with the United States Olympic & Paralympic Committee.