The adorable co-stars were all smiles as they held hands and twinned in similar suits for the ‘Law & Order’ press day.

Although it still remains to be seen if Mariska Hargitay and Christopher Meloni’s characters from Law & Order: Special Victims Unit will end up being an item, the two actors sure did look like the perfect pair for the franchise’s press day. In red carpet snaps taken on Wednesday (Feb. 16) Mariska and Christopher were basically twinning in similar suits as they posed together. The 58-year-old actress was beaming as she looked up towards her co-star, 60. They were even holding hands! 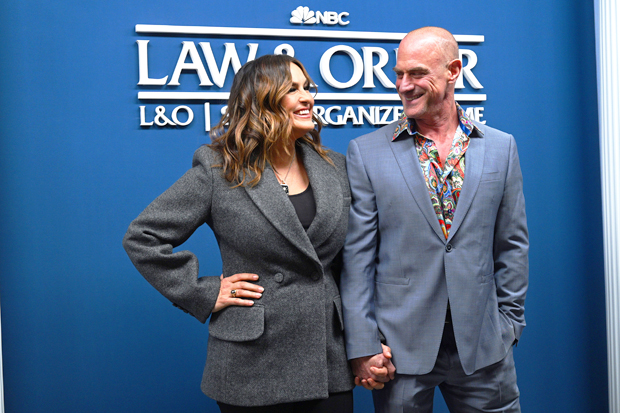 Ever since the gorgeous thespians first shared the screen on Law & Order: Special Victims Unit, fan have been clamoring to know if Mariska’s Olivia Benson and Christopher’s Elliot Stabler would ever become romantically entwined. The pair have starred on the show since it premiered in 1999 up until Christopher left in 2011. He returned to the franchise last year with his own spin-off series Law & Order: Organized Crime.

“It’s such a complicated relationship that I think we just want to respect the complexity and the nuance of it,” Mariska said of Olivia and Elliot to People. “These two people love each other, they have been family to each other but he just lost his wife and no matter how she feels about him, the most important thing for him is to grieve his wife, heal from that,” she added. “And he’s in a new job and he’s sort of unbalanced … But what we do know is that Olivia loves him, will always love him, will always be there and they have a bond like no other.” 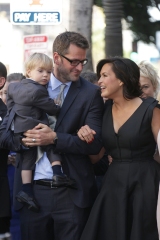 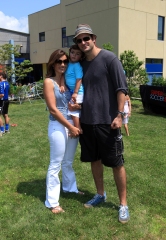 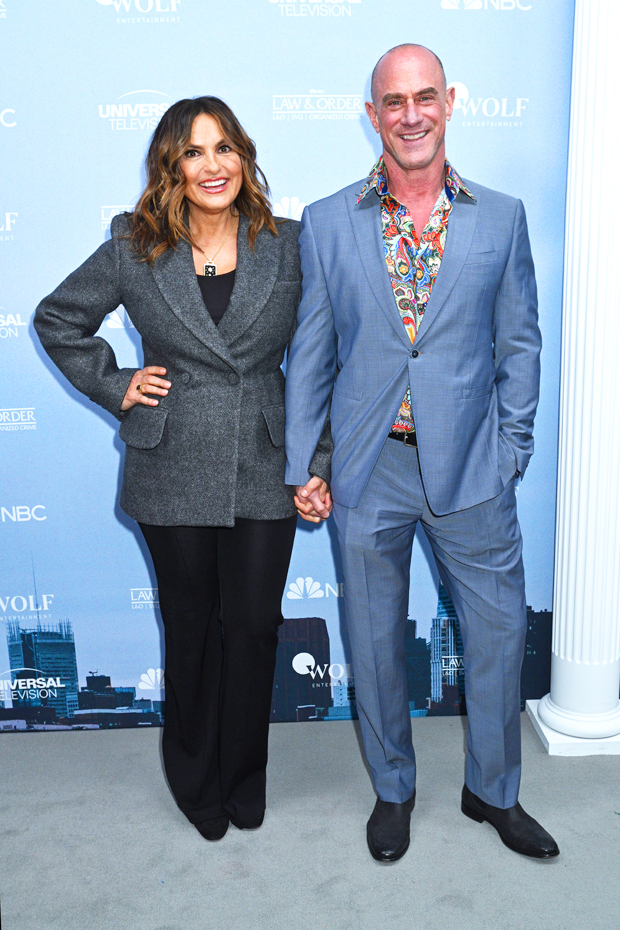 Christopher weighed in, saying he would be surprised if Olivia and Elliot don’t end up giving it a shot. “In the future, I don’t not see it,” he told the outlet, adding, “That might be very satisfying for a lot of people, I’ll leave it at that.”

Meanwhile, Mariska and Christopher will continue to be close friends in real life. Back in September, Mariska opened up about how they hit it off right away during an appearance on Today, saying she and Chris had “an instant, instantaneous connection that is inexplicable, that has only grown, and I look at it as a gift.” When asked if they ever dated, Mariska joked that they dated for 4 years while filming and “just broke up.” Chris quipped, “Don’t tell our spouses.”