Lucy Alexander, 50, is “hating herself” after making the error of forgetting to pay the Dartford Crossing fee, which is usually £2.50 to use the bridge that connects Essex with Kent. The Homes Under The Hammer star shared her annoyance at receiving a £215 fine on Twitter, as she swore over her simple mistake.

I bl**dy forgot to pay

“Hating myself,” she added.

The renovation expert clarified to her followers what the Dart Charge stands for in case there was any confusion.

She continued: “Btw the Dart Charge is a toll road… the Dartford Crossing. (& I bl**dy forgot to pay).”(sic) 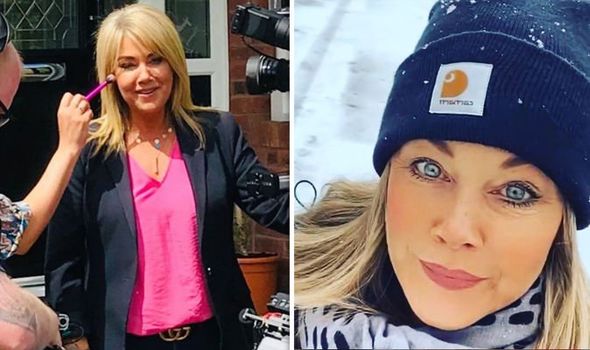 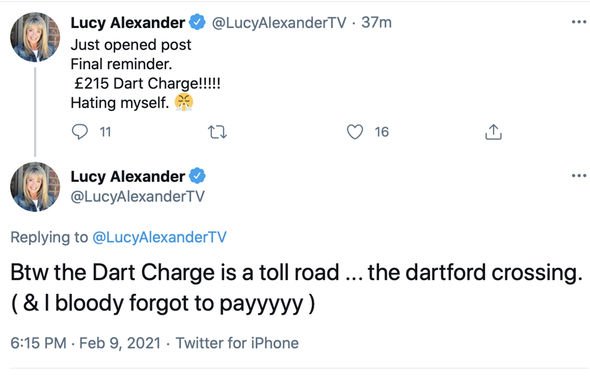 Underneath fans sympathised with the star, as they shared tips to ensure she would not forget to pay in the future.

One said: “Open an account with them. You can manage it so it tops up automatically from your bank account as it uses up the ££.”

Lucy replied: “I’m not good for this modern world. Still use cheques.”

While a second typed: “If it’s your first time and you forgot to pay, ring them up. They are usually good at wiping it off for first offence.” 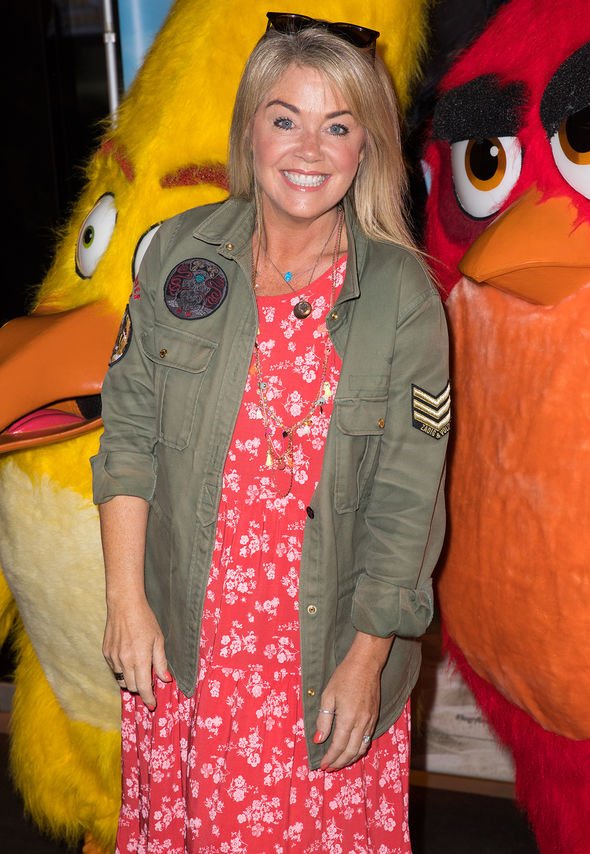 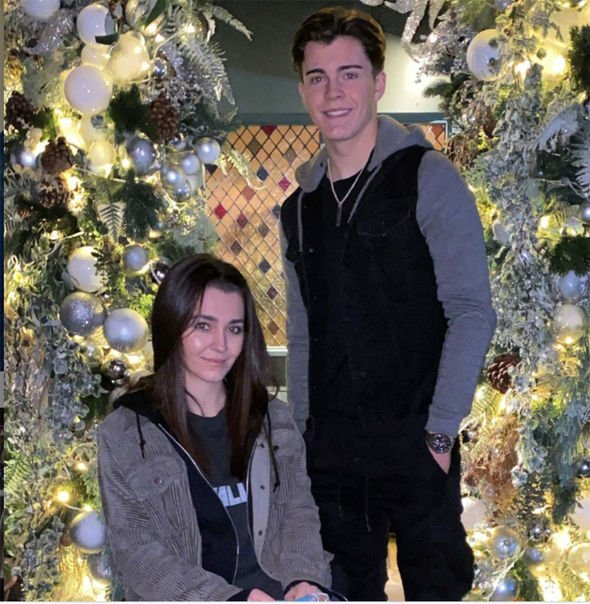 Meanwhile a fourth commented: “It should be free. The toll was introduced to pay the costs of the build on the promise they would be removed once paid for.”

The Dartford Tunnel was introduced in 1963, and the Dartford Bridge opened in 1991.

The crossing, although not officially a designated a motorway, is considered part of the M25 motorway’s route, using the tunnels northbound and bridge southbound.

It has been described as one of the most important road crossings in Britain, however, it suffers from heavy traffic and congestion.

The crossing has always been tolled and, though the cost of construction has since been paid back, the toll was retained and rebranded as a congestion pricing scheme from April 2003.

Since 2008 it has been free from 10pm to 6am. An automatic number plate recognition charging scheme named the Dart Charge began in November 2014.

As a result, the booths on the Kent side were removed and the charge is now only payable online, by post, or in certain participating retail outlets.

A residents’ scheme is available, offering discounts for people living near the crossing.

Lucy lives in East Molesey which is close to Surrey with her husband Stewart Castledine and their two children Kitty and Leo.

The Homes Under The Hammer star’s daughter is clinically vulnerable to the potentially deadly effects of coronavirus and received her vaccination this week.

Lucy shared: “Great news, my daughter has had her Oxford vaccine! A big relief.

“Although she’s now suffering a few achy side effects but it’s so worth it. If you get offered it PLEASE take it.” (sic)