Lil’ Kim is clapping back at 50 Cent after the “In da Club” rapper reposted a meme making fun of her look during her performance at this year’s BET Awards.

50 Cent reposted a side by side comparison of Lil’ Kim in her white Prada headdress — which she wore while paying tribute to Queen Latifah — and an owl on his Instagram. 50 Cent wrote, “Who did this sh**, 👀this ain’t right. LOL.”

Although trolling is nothing new when it comes to 45-year-old 50 Cent, Lil’ Kim’s rumored love interest, Mr. Papers, took notice and commented on the post, “Leave my wife out the Jokes Ya heard.” But 46-year-old Lil’ Kim later took to her own Instagram to say she was unbothered and also claimed she turned down 50 Cent when he once asked her out on a dinner date. 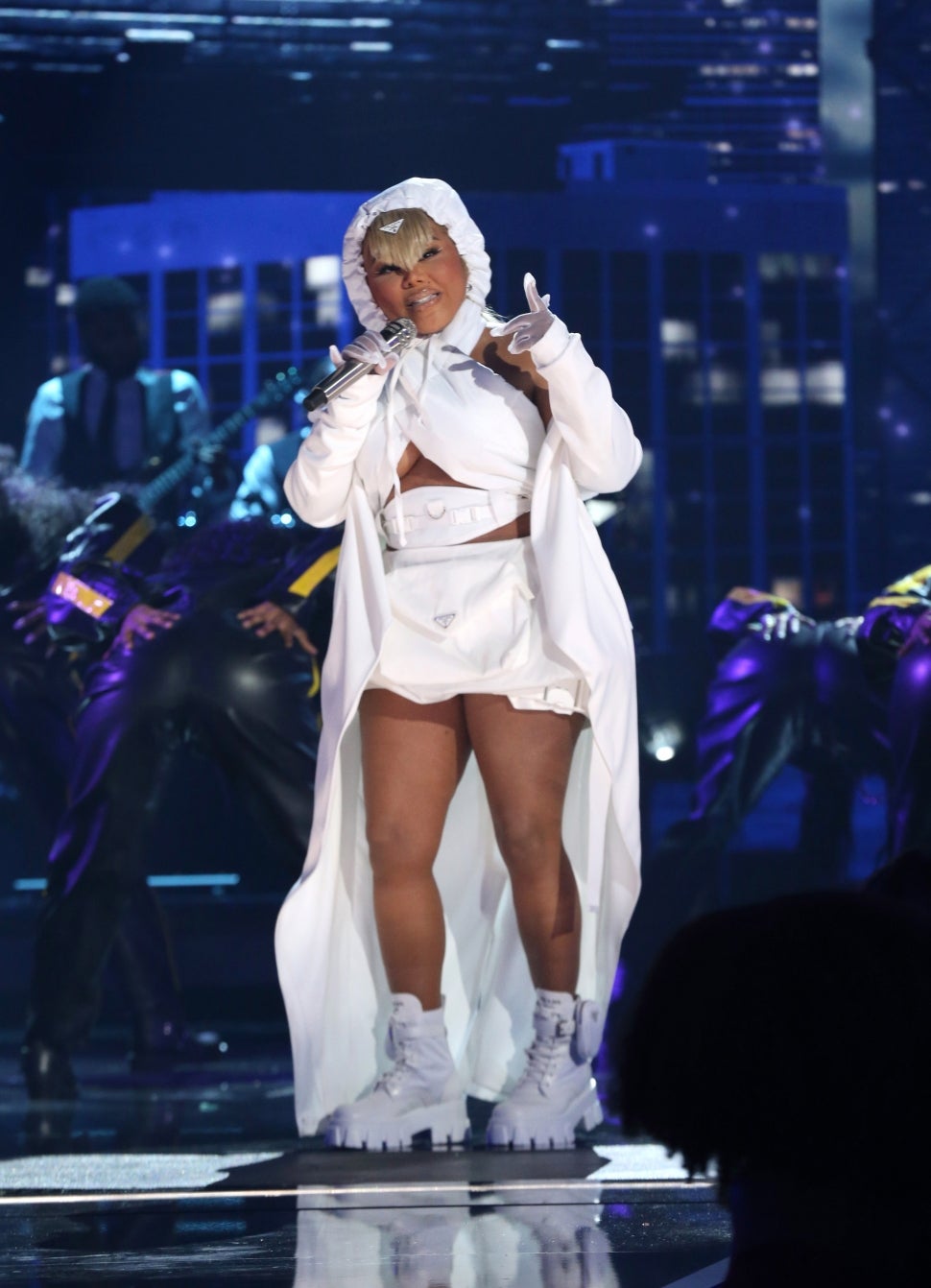 “@50cent I see u still in ur feels about that dinner date u asked me on that I had to turn down,” she continued. “Let it go u have a beautiful girlfriend, I have a loving husband. Let it go. And for those of u coming at my husband, Mr. Papers, he did real n***a sh**. What a husband is suppose to do. 💪🏾💯. All y’all can go to hell. Not Respectfully.”

Lil’ Kim then took a page from 50 Cent’s book and plugged her upcoming project, in her case, her upcoming memoir, The Queen Bee.

“50cent, I address that situation all in my book coming in November,” she wrote. “Make sure you go get it. Pre-orders available now. Be Blessed every one, stay positive.✨.”

ET spoke with Lil’ Kim in January, and the iconic rapper talked about her confident demeanor and admitted that it was “really hard for [her] to get there.”

Watch the video below for more.