Justin Bieber has been forced to call off his Justice world tour for a second time due to his ongoing struggle with Ramsay Hunt syndrome.

To recap, earlier this year the singer took to social media to reveal he’d been diagnosed with the condition which causes facial paralysis amongst other symptoms. “It is from this virus that attacks the nerve in my ear in my facial nerves and has caused my face to have paralysis,” he told his followers. “As you can see, this eye is not blinking. I can’t smile on this side of my face. This nostril will not move, so there’s full paralysis on this side of my face.”

Addressing his decision to put a pause on his world tour, Justin said at the time: “For those who are frustrated by my cancellations of the next shows, I’m just physically, obviously not capable of doing them. This is pretty serious as you can see.”

But now, just weeks after resuming the Justice tour, the 28-year-old announced that he needs to make his “health a priority.” 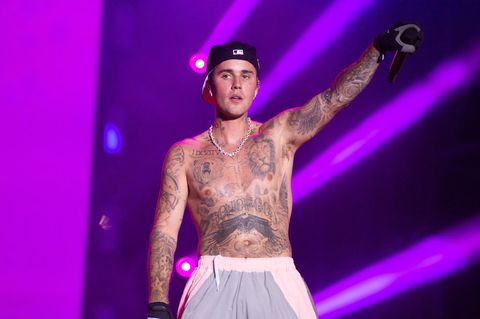 “Earlier this year I went public with my battle with Ramsay Hunt syndrome, where my face was partly paralysed, ” Justin told his 256m followers on Instagram. “As the result of this illness, I was not able to complete the North America leg of the Justice tour.”

The Canadian singer continued: “After resting and consulting with my doctors, family and team, I went to Europe in an effort to continue with the tour. I performed six live shows, but it took a real toll on me.

“This past weekend I performed at Rock in Rio and I gave everything I have to the people in Brazil. After getting off stage, the exhaustion overtook me and I realised I need to make my health a priority right now.”

As for how his health battle will impact the future of the tour, Justin went on, “I’m going to take a break from touring from the time being. I’m going to be ok but I need time to rest and get better.”

Justin ended his post by telling fans that he was “proud” of the tour so far and that he is grateful for the “prayers and support” he’s received throughout the ordeal.

We’re sending plenty of positive vibes to Justin and wish him a speedy recovery!