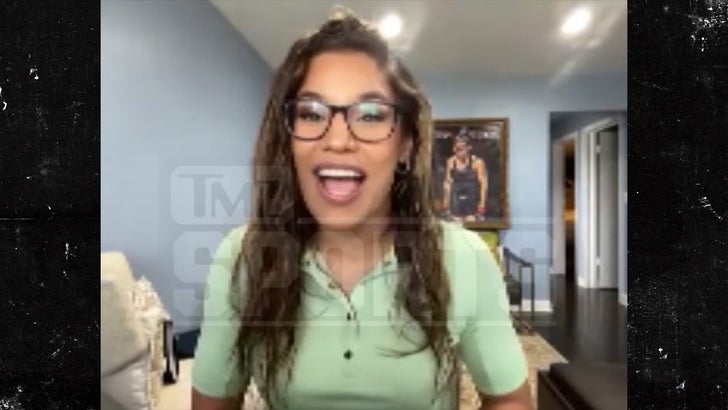 Julianna Peña beat the greatest female fighter to ever grace an MMA cage … but the UFC champion tells TMZ Sports she still feels like the underdog against Amanda Nunes — and that’s why she’s planning on proving she truly is the baddest woman on the planet.

“Everyone thinks it’s a fluke, There’s a ton of naysayers out there and negative people that think I just fell out of the blue sky and just ended up winning on that night because she hurt her knee or whatever,” Peña says.

“The reality is that I won that fight fair and square and if you don’t believe me, then you’re gonna have to watch me do it again the second time and then maybe you guys will quit doubting me.” 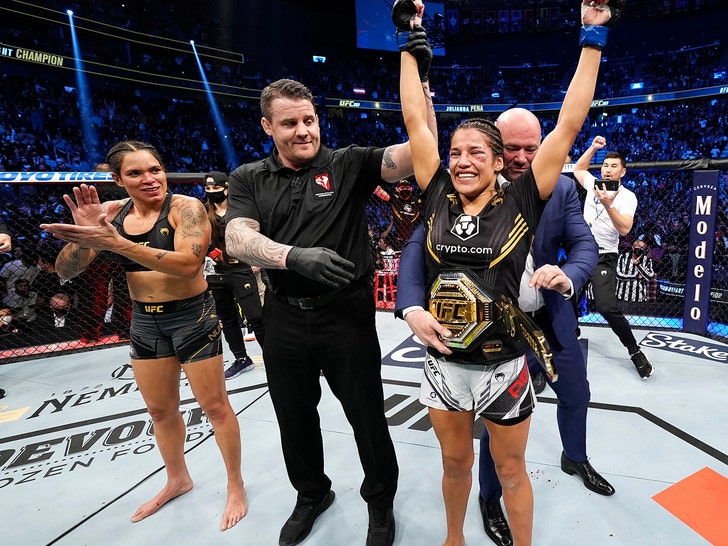 Peña says this is a fight she didn’t have to take.

“I could’ve rode off into the sunset and fought somebody else.”

Of course, Julianna beat Amanda by submission in the 2nd round of their UFC 269 fight in December 2021.

But, Julianna — who has an immense amount of respect for Amanda — believes a champ ain’t a champ until they’ve defended the strap.

Before the rematch (the date isn’t yet set — more on that after), Julianna and Amanda are serving as coaches The Ultimate Fighter 30 … which premiers Tuesday night.

As for the date for the rematch, Julianna says she wouldn’t mind fighting on the same card as former gym mate Jon Jones … who could be fighting Stipe Miocic this fall.

“We’re still working on it,” Peña tells us, “I don’t have a date but I saw that Jon [Jones] wants to come back in September and I thought that would be a great card to jump on.”

Prior to the L, Nunes hadn’t lost since 2014 … a span where she won 12 fights in a row, beating the who’s who of MMA, including Valentina Shevchenko (two times), Ronda Rousey, Miesha Tate, Holly Holm and Cris Cyborg.

So, beating Amanda once is insane … let alone twice.

But, that’s what Peña says she plans to do … but first, TUF.