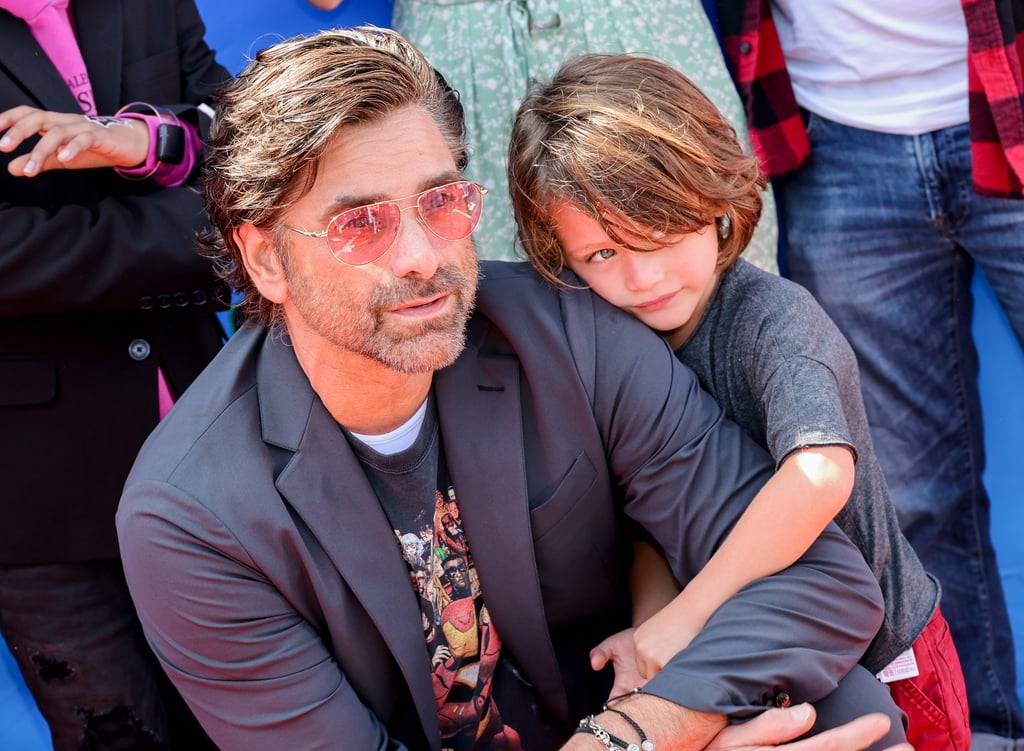 John Stamos’s 4-year-old son, Billy Stamos, is growing up fast. On Aug. 31, the former “Full House” star shared a photo to commemorate his son’s first day at school. “One of us is starting his first day at school. And the other is doing everything in his power not to cry,” he captioned the photo of himself and Billy.

In her own Instagram post, Stamos’s wife, Caitlin McHugh, added, “Today was Billy’s first day at a new school! Nervousness and excitement all around.” While Billy’s hair is noticeably lighter than his father’s, there’s no denying he’s Stamos’s mini me with those blue eyes and that Uncle Jesse-level hair swoop. The matching white button-ups and khakis don’t hurt either.

Stamos and McHugh announced their engagement on Instagram in October 2017. A few weeks later, McHugh showed off her gorgeous engagement ring at the Elizabeth Taylor AIDS Foundation Benefit Dinner in Beverly Hills. Shortly before the wedding, the couple announced they were expecting their first child together. They tied the knot on Feb. 3, 2018, in Studio City’s Little Brown Church before spending their honeymoon at Disney World. On April 10, 2018, the pair welcomed Billy into the world, and they introduced the newborn to Stamos’s “Full House” costars Bob Saget and Lori Loughlin.

See sweet photos from Billy’s first day of school ahead.