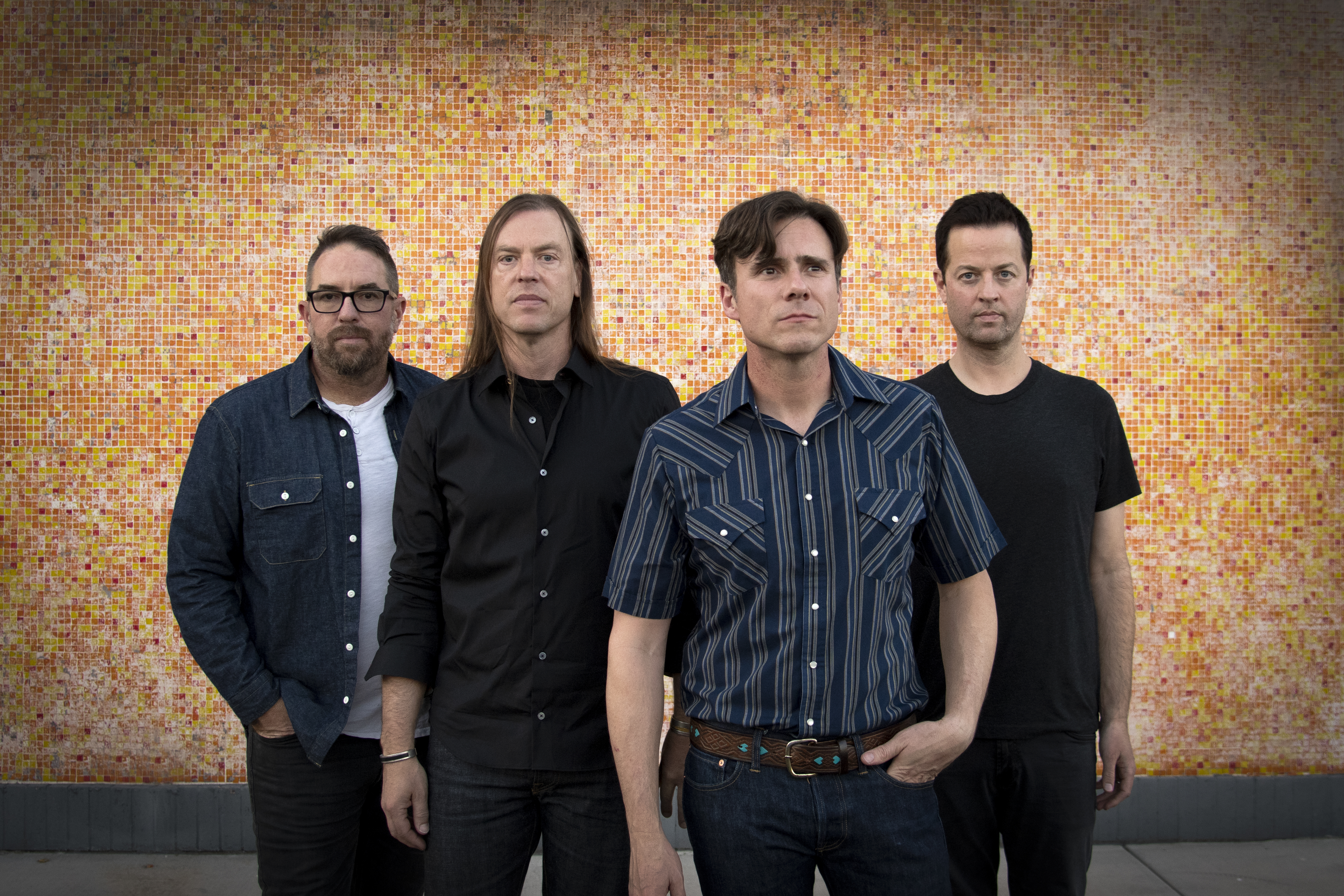 Jimmy Eat World are an absolute staple of the American rock scene, having influenced young music fans for close to thirty years.

First formed in 1993, the band – comprised of Jim Adkins, Tom Linton, Rick Burch and Zach Lind – have released 10 studio albums, toured the world, and had generations screaming out the lyrics to The Middle during their angstiest teenage years.

Now Jimmy Eat World are preparing to play the When We Were Young festival alongside the likes of My Chemical Romance and Avril Lavigne, proving that emo is not only nostalgic but rapidly approaching middle age, and making us all feel terribly old in the process.

WWWY is regarded as a nostalgia-filled emo fest, as the world rides the wave of the emo renaissance, but Jimmy Eat World – as well as plenty of other bands – regularly decried the label when the trend was at its peak in the late noughties.

Now, speaking to Metro.co.uk amid the release of their newest single Place Your Debts, Jim explains why they spent so long rejecting the label, and why now, years later they’ve basically given up.

‘I’ve stopped trying to fight it,’ he laughed.

‘My initial hesitation when the term emo started to be widely used… was that first off, none of us really thought of ourselves that way.

‘And while I understand that when you’re describing something you have to call it something, [emo] was being used to describe something I felt was being manufactured as a trend.

‘And when that trend isn’t cool anymore and you’re branded to it then you’re not cool. And we’ve put too much into this to get dragged down by being branded to a trend.

‘But now so much time has gone by it’s like, whatever! You’ve got 14-year-old girls starting bands calling themselves grunge. That is rad! And you have people who weren’t alive when that scene was really going off, embracing it and trying to make their own version of what they’re hearing. And for better or worse, that scene, I guess we’re calling it emo.’

That scene has seen a massive revival in recent years, thanks in part to My Chemical Romance reuniting (and everyone feeling nostalgic and angsty during the pandemic), and this all culminates in the massive Las Vegas festival taking place at the end of October.

And by Jim’s own admission, he never thought they’d see the day.

‘The groups that are playing this thing have continued to be a band or stayed active… but put it all together and it becomes this giant. It raises the amplitude of it so high, it’s overwhelming,’ he says.

‘It’s going to be a blast seeing everybody. It’s like several years of Warped Tour on one stage, really.’

He recalled how, years ago, many of the bands now at When We Were Young would ‘play together in gigs where there was basically 20 people including us.’

And the insane response, across the world, to the announcement of the festival, was ‘bizarre.’

‘It was bizarre! I kept thinking about younger me playing for nobody but these bands, in a basement. And to think about where it is now… I’m not sure how to process it, it’s a trip.’

Thirty years have passed since Jimmy Eat World first started making music, from a handful of people in a basement to a recent sold-out show in Brixton, London, and things have changed.

‘The demographics of the crowd itself have changed,’ he reflected.

‘In some ways it hasn’t changed at all because the same people who helped us promote shows and let us sleep on their floors in 1996 are still coming.

‘What’s changed is they have their 20-year-old kid with them now. That’s weird. It’s weird!

The band have just released their newest single, Place Your Debts, following the success of Something Loud which was released in June.

Their newest track, which began life in the first few weeks of the pandemic, delves into the idea of ‘being present,’ and how ‘at any moment there is a cosmic number of other choices you could have made.’

‘It’s a getting older thing, but a younger thing, too. If you’re in your mid, late twenties, you’re always going to be thinking “I should have my s**t way more together.”

‘You’re gonna compare yourself to people that you put on a pedestal of ‘s**t-togetherness’ and that’s totally not reality.

‘Everybody does that. It doesn’t change, it doesn’t go away. As many times as you learn and accept that wholly into your psyche, it’s going to come back. There are times that I wonder, “What am I doing? What am I really doing, this is ridiculous.”

You can follow our new Snapchat show Pop Cultur’d, the go-to place for all things pop culture.

Keep up with the latest Showbiz exclusives by following Metro Showbiz on Snapchat.

And football fans can indulge in all the transfer gossip and more on Metro Football on Snapchat.