The Roaring 20s gave way to the Golden Age of Hollywood with the birth of glamorous starlets and brilliant filmmakers willing to do anything make it in the film industry. For several decades, the Big Five studios ruled the land, making demands of their talent that would never fly today.

In search of fame and fortune, actors handed over their autonomy to overbearing studio executives. Actors even signed restrictive contracts that gave the studios control over their careers and personal relationships.

Jean Harlow, the original blonde bombshell, had such a contract with Metro-Goldwyn-Mayer that dictated she was forbidden to marry the love of her life, actor William Powell.

Harlow often played the “bad girl” in ’30s films such as Red Dust, Wife vs. Secretary, and Dinner at Eight. The Platinum Blonde bombshell starred in six movies alongside leading man Clark Gable, adding to her audience appeal.

Harlow was a significant sex symbol in Hollywood. The studio system did everything in its power to market that image. When she started dating Powell, MGM was not happy with the arrangement. According to Vanity Fair, “MGM had written a clause into her contract forbidding her to marry,” saying a wife couldn’t be a “bombshell.”

Powell and Harlow were two of MGM Studios’ most important properties. So while the studio was against marriage, they were not against exploiting their relationship. According to ImagineMDD, the studio wanted to “capitalize on the excitement over the Powell/Harlow romance.”

In 1935, the couple appeared together in Reckless. The movie’s trailer dubbed them “the most talked-about couple in Hollywood.” The following year they starred together again in Libeled Lady as their real-life relationship grew. Harlow was desperate to marry Powell.

According to Harper’s Bazaar, “Jean Harlow was told that becoming a wife would alter her sex appeal, and due to the morality clause in her contract with MGM, the studio was allowed to deny her marriage to William Powell.”

William Powell was at Jean Harlowe’s bedside when she died 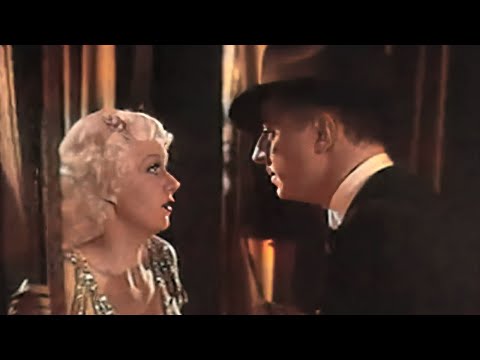 In 1937, at the age of 26, Harlow died unexpectedly from cerebral swelling brought on by advanced kidney failure.

According to The Guardian, Powell was at her bedside with her mother when she died at the Good Samaritan Hospital. At the time, it was said, “William Powell had been Miss Harlow’s constant companion at social events in recent months, and Hollywood was confident that there would be a marriage.”

The leading lady wed three times but never walked down the aisle with Powell. In 1927, at the age of 16, she married fellow actor Charles McGrew. In 1932, she wed prominent MGM film director and producer Paul Bern, who was instrumental in launching her career. Two months after the wedding, he died from a self-inflicted gunshot wound.

The following year, while filming Bombshell, she married MGM cinematographer Harold Rosson. At the time of her death, the platinum blonde bombshell was engaged to Powell and starring alongside Gable in the film Saratoga.

Another starcrossed couple, Joe DiMaggio and Marilyn Monroe shared a strong bond. He referred to her as his “one true love.” The baseball icon said the Some Like It Hot actor “wanted DiMaggio to bring a rose to her grave every week, ‘just like William Powell did for Jean Harlow.’”

So, while MGM may have kept Powell and Harlow apart, their love for one another prevailed, even in death.