Queen Elizabeth II’s state funeral took place today after she died at Balmoral on September 8 at the age of 96. Hollywood star Jamie Lee Curtis, 63, paid her respects to the late Queen on Instagram, however, she has come under fire as she branded the Queen an “influencer”, a term used heavily in the social media world.

Jamie shared a picture that included a paper shot of the Queen surrounded by flowers, along with a Union Jack flag.

In terms of social media, the term influencer is defined as someone’s ability to influence potential buyers of a product or service by promoting or recommending the items online.

The dictionary’s definition of the word is a person or thing that influences another. 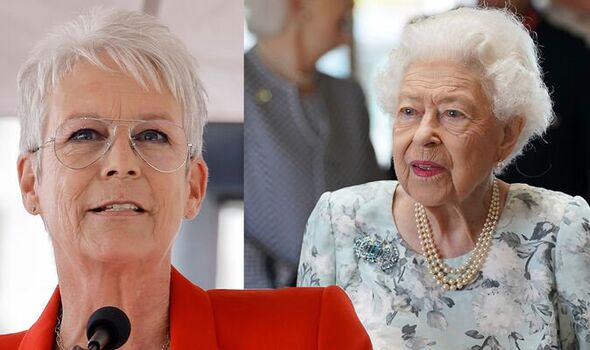 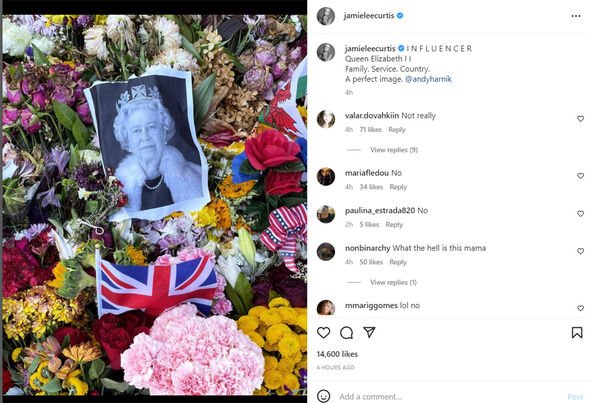 Due to this, the Halloween film star has been met with criticism in the Instagram posts comments for branding the Queen an “influencer”.

Horatiolc said: “What did she influence, I’m confused?”

However, not all comments were hitting out at the Hollywood star, as many shared their admiration for the late Queen.

Haaby.Rebecca said: “Spent her life in service to her country, not many can say that. Respect.”

Melgunther80 added: “So many don’t understand what she had to fight in a world and time before change. She saw so much, and truly was an amazing inspiration!” 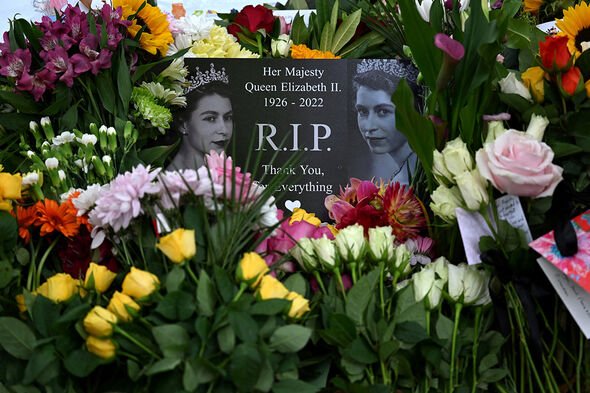 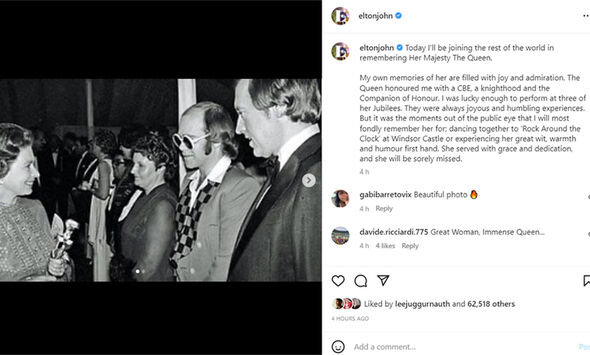 Many stars paid tribute to the late Queen including Sir Elton John who took to Instagram to share a heartfelt message.

Along with snaps of their previous meetings, the Your Song singer wrote in view of his 4.2 million followers: “Today I’ll be joining the rest of the world in remembering Her Majesty The Queen.

“My own memories of her are filled with joy and admiration. The Queen honoured me with a CBE, a knighthood and the Companion of Honour.

“I was lucky enough to perform at three of her Jubilees. They were always joyous and humbling experiences.

“But it was the moments out of the public eye that I will most fondly remember her for; dancing together to ‘Rock Around the Clock’ at Windsor Castle or experiencing her great wit, warmth and humour first hand.

“She served with grace and dedication, and she will be sorely missed.”

The Queen made her final journey today to be buried next to her beloved husband of 73 years Prince Phillip.

Following his death in April last year, the Duke of Edinburgh was temporarily laid to rest in the Royal Vault underneath the chapel on the grounds of Windsor Castle.

Tens of thousands of people lined the route through central London as the late sovereign was transported to Windsor Castle this afternoon, ahead of the committal service which took place at 4pm.

At the Committal Service’s conclusion, the Queen’s coffin was lowered into the Royal Vault – the resting place of many past monarchs and where Prince Philip’s body currently lays.

But the vault is not her final resting place as she will be relocated to the King George VI Memorial Chapel, on Monday evening.

The emotional ceremony will be attended by the Queen’s closest family and friends.