The 48-year-old is back on screens today alongside actress Sally Lindsay, as well as chefs Asma Khan and Francesco Mazzei, on his flagship ITV show James Martin’s Saturday Morning. Last week, viewers were frustrated after James’ show was cancelled as a result of the sad death of Prince Philip, at the age of 99. Scheduling across ITV and the BBC was altered to allow wider programming to focus on the Duke of Edinburgh’s legacy – and his impact on the British history.

Despite his clear stature within public life, some fans of James took to Twitter to lament ITV for its decision to axe his much loved morning show.

Today will again no doubt strike a sombre note for households across the UK, and Commonwealth, as the funeral of Philip takes place at 3pm.

As a mark of respect for Philip’s wishes, the ceremony will be private, but coverage of the event will be televised throughout the day, so mourners can grieve with members of the Firm.

James himself has encountered the Royal Family on occasion, and once recalled a heartwarming memory of his first meeting with Philip in Buckingham Palace. 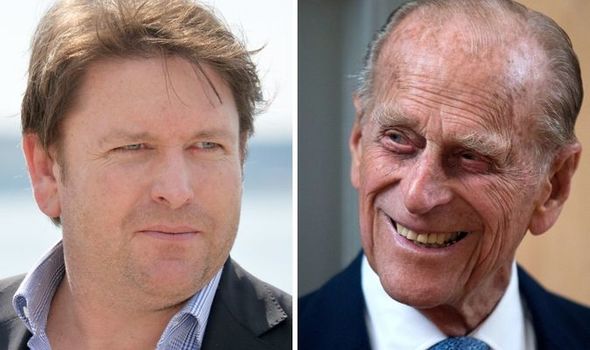 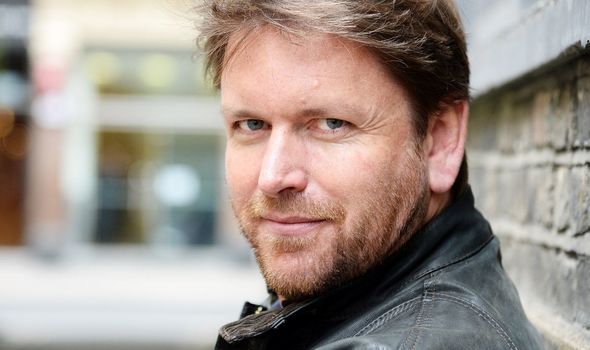 The episode had a profound effect on James, and he admitted last year that he couldn’t believe he had been invited for an intimate dinner with Her Majesty and Philip.

James reflected that he “had some incredibly surreal moments” in his career but dining with the royals “tops them all”.

He said: “We were served duck, fresh strawberries and the most incredible pineapple dessert.

“I actually still have the menu framed in my toilet at home! I couldn’t resist asking for a little tour of the kitchen while I was there.”

JUST IN: James Martin walks off ITV show after guest’s request ‘Anything else!’ 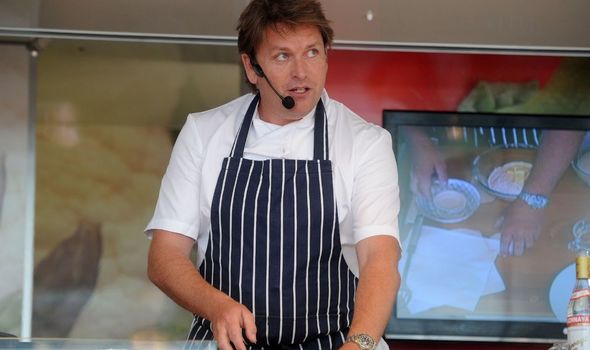 He noted how it was “like a big commercial kitchen, with a very impressive lineup of cooks” and kitted out were some “pretty fancy pans”.

Speaking to Christine Lampard on ITV’s Lorraine, James also noted that after the intimate dinner, which included just eight guests, he was invited for a private discussion with the Queen herself.

He said: “Before I got up to leave that day, I got a tap on the shoulder from the Queen’s equerry.

“He said, ‘The Queen feels she hasn’t had a full discussion with you over lunch, she’d like to have a chat with you in the drawing room’.” 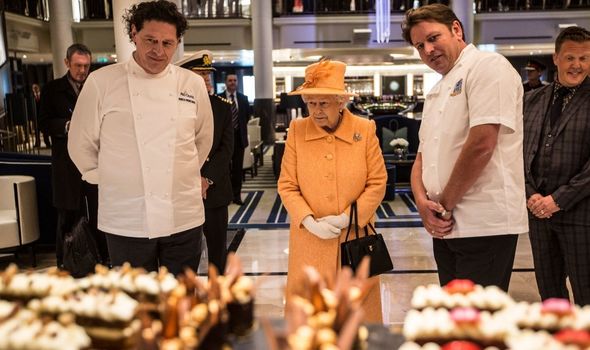 After the experience, the Yorkshireman added: “I remember walking out of there. The first person I called was my mother and I said, ‘You’re never going to believe what’s happened.’ It was just an amazing experience.

“It was a real pinch yourself moment.

“Clearly Jamie Oliver and Gordon Ramsay were busy that day, and I got the invite. It was amazing, a phenomenal experience.” 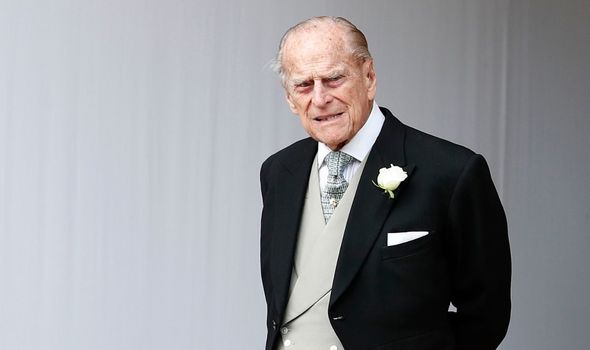 But when speaking to HELLO! in 2018, James said it made him realise that he would never want to be put in the Queen’s position.

He noted that while he had “total respect for the Queen and the Royal Family”, he questioned: “Would you want to do it?”

He added: “No, would you hell. I wouldn’t want to do that in a month of Sundays.

“The only thing I regret is that my grandmother wasn’t alive to witness it because she was a huge fan.”

James Martin’s Saturday Morning airs at 9.30am on ITV.