The Prime Minister made the announcement to the royal couple as his countrymen are calling to remove Queen Elizabeth as Jamaica’s head of state.

Prince William and Kate Middleton were confronted with the ongoing movement in Caribbean countries to break away from the British monarchy. During a meeting with Jamaica’s Prime Minister Andrew Holness on Wednesday (March 23), the royal couple were told his country is ready to remove William’s grandmother, Queen Elizabeth, as the head of state in order to become their own republic.

“We are very, very happy to have you, and we hope you’ve received a warm welcome of the people,” Holness began in a video captured by SkyNews (below). “Jamaica is a very free and liberal country. And the people are very expressive. And I am certain that you would have seen the spectrum of expressions yesterday,” he said, referencing William and Kate’s warm welcome in Kingston, which was followed by protests calling for Britain to pay slave reparations.

“There are issues here which are ― as you would know ― unresolved. But your presence here gives an opportunity for those issues to be placed in context, put front and center, and to be addressed in as best we can,” Holness continued. “But Jamaica is, as you would see, a country that is very proud of our history and very proud of what we have achieved. And we are moving on. And we intend to attain, in short order, our development goals and fulfill our true ambitions and destiny as an independent, developed, prosperous country.” 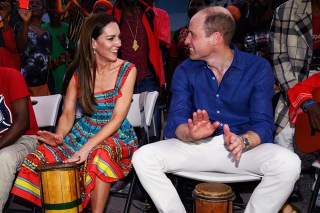 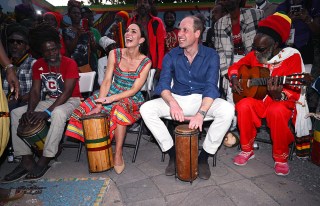 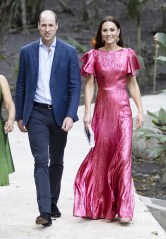 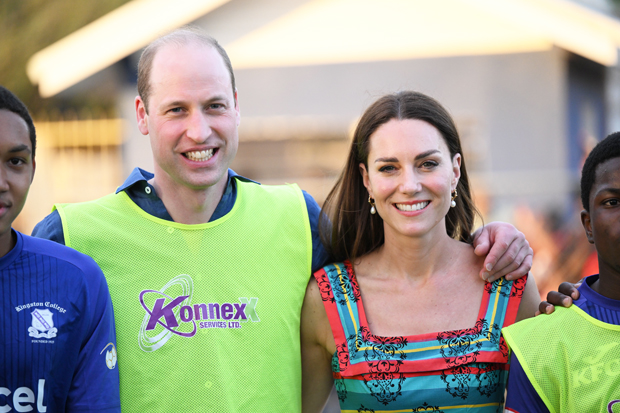 The intended move comes after Holness promised to turn Jamaica from a constitutional monarchy into a republic during his election campaign last year. “There is no question that Jamaica has to become a republic,” he said at the time, according to Huff Post. “We have put together a plan to move towards that in a way that is meaningful and substantial in function and form. That is what we are going to do.” Holness’ announcement came on the heels of Barbados removing the Queen as head of state in November 2021.

The controversy over Britain’s reign in the Caribbean has followed Prince William and Kate since they began their eight-day tour of Belize, Jamaica and the Bahamas. The trip aims to strengthen Britain’s ties with Commonwealth countries, according to Buckingham Palace, but many in the island nations have seen it as an attempt to garner support for the monarchy and stifle any ideas of splitting from it.