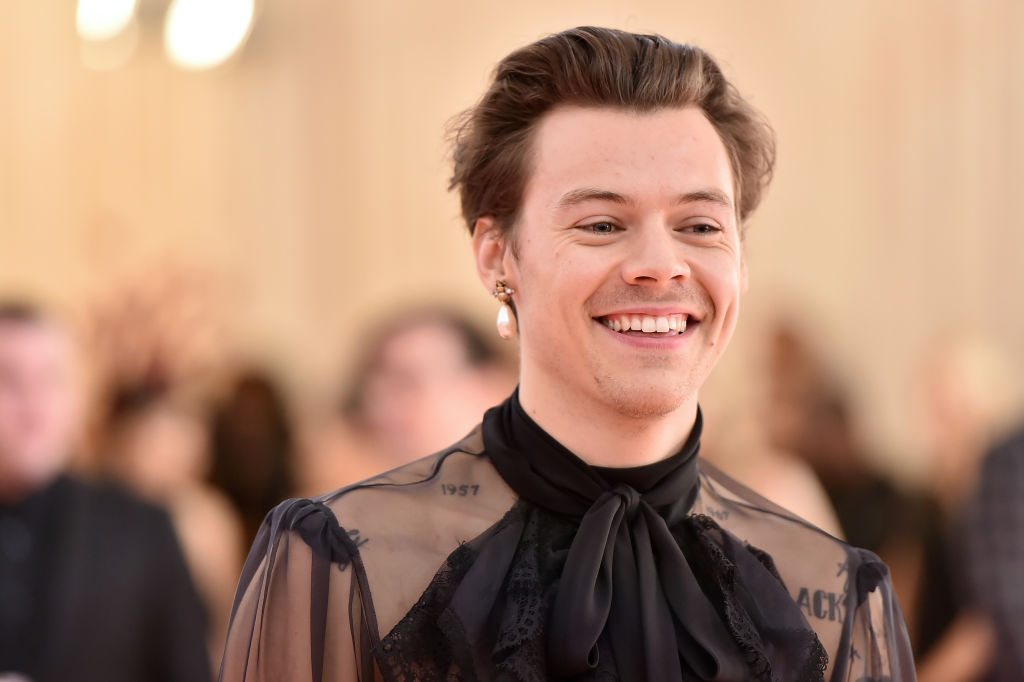 There’s a scene from Xavier Dolan’s J’ai Tué Ma Mère (I Killed My Mother) that’s etched into my mind.

In it, Hubert (played by Dolan himself) and his boyfriend Antonin (François Arnaud) splatter paint onto a wall, before throwing themselves onto a newspaper-covered floor and passionately making out.

One thing leads to another and they start having sex in a montage of paint-covered fingers and frenzied French music.

As a newishly-out gay 20-year-old viewing the film for the first time, my jaw was on the floor. So naturally, I rewound the DVD and watched it a few more times.

This sticks out in my mind because it was the first gay sex I’d ever seen broadcast. And I was absolutely enthralled.

So when I saw Harry Styles’ recent comments deriding the fact that ‘so much of gay sex in film is two guys going at it… it kind of removes the tenderness from it’, I felt a pang of discomfort.

Hubert and Antonin’s encounter – like other sex scenes I’ve seen since – didn’t align with Styles’ reading of them.

The singer and actor was talking about his upcoming role in My Policeman, in which he plays a 1950s closeted cop in a love triangle with his wife and another man. It’s a film that, according to Styles, portrays its relations ‘sensitively’.

I’m all for this movie, but I can’t let the hitmaker’s comments slide.

Firstly, I disagree that the majority of gay sex scenes that we do see are lacking in tenderness.

But it also seemed like the former One Directioner was suggesting there’s some sort of barrage of same-sex lovemaking on film in Hollywood. If that’s the case, why did it take me so long to finally see it represented on screen?

The comment also seems a little judgemental. Queer love storylines in movies are few and far between – all safe, consenting representations of it should be welcomed.

I can count on two hands how many times I’ve seen gay sex depicted – even less so in the mainstream.

Simply acquiring the aforementioned DVD felt like a Herculean task.

I was a university student and living in Sydney at the time, while interning at an LGBTQ+ online publication. I was writing a feature on queer book stores, so went down to the city’s gay street and entered the aptly-titled, The Bookshop Darlinghurst.

The friendly cashier saw my somewhat shy demeanour and leapt over to offer some assistance. He ended up suggesting J’ai Tué Ma Mère, so I bought it and took it home to watch.

Sure, there are some well-known films.

There was Brokeback Mountain, My Beautiful Laundrette (that champagne scene!), Shortbus and, more recently, BPM. All movies that I feel handled sex well.

But don’t even get me started on Call Me By Your Name, where Elio (Timothée Chalamet) and Oliver (Armie Hammer) start getting frisky and then the camera just pans away.

By contrast, non-LGBTQ+ people see their type of sex represented in film all the time – in comedies, action, thriller, and romance. I’m sure they didn’t have to wait until they turned 20 to catch a glimpse of it for the first time.

But what I really struggle with in Harry’s recent comments is the fact that he believes ‘two guys going at it’ can’t be tender.

Take, for example, Brokeback Mountain. The first time Jack (Jake Gyllenhaal) and Ennis (Heath Ledger) have sex is admittedly stilted and rough, to say the least. Ennis, in particular, seems unsure at first, but what grows from this initial encounter is a love story (albeit with a heart-breaking ending).

Even Weekend (2011) – which depicts a one-night stand between two strangers that turns into something more – offers one of the most intimate and realistic depictions I’ve seen of gay sex in film.

And who could forget Moonlight? That part on the beach featuring light moans and the close-angle shot of a hand grabbing a fistful of sand is one of the most raw and soft expressions of gay intimacy. No wonder the revolutionary film picked up a slew of awards.

But the truth is, there are only a handful of scenes depicting gay sex – tender or not – and something needs to change. I want to see a whole range of it – from gritty and sweaty to caring and compassionate.

I’ll wait to fully assess Harry’s new film until it comes out and I applaud it for depicting any type of queer sex, but let’s leave the judgemental commentary about depictions of our intimacy behind.

All types of gay sex are welcome on screen.