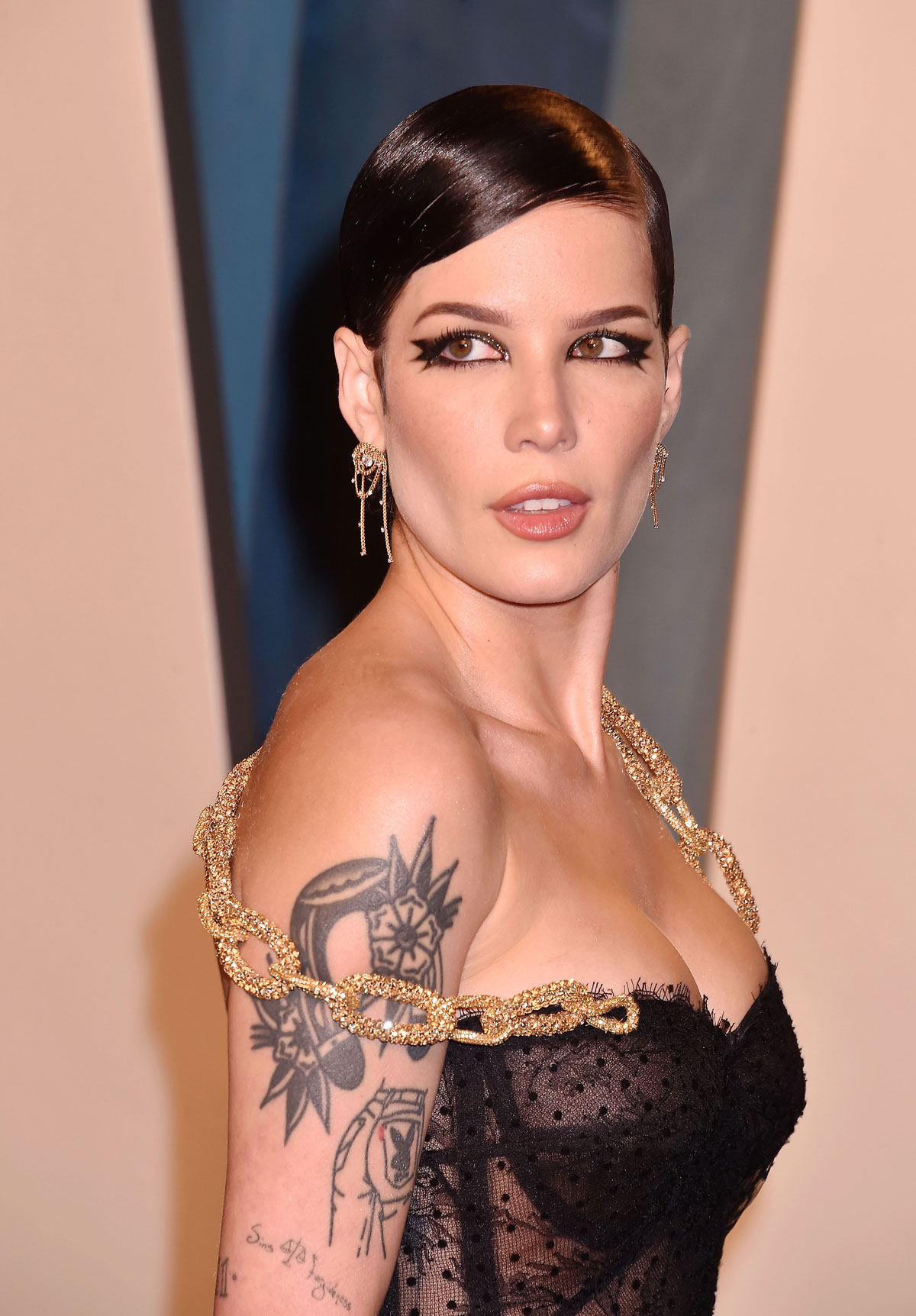 (Note: As mentioned in previous stories, Halsey uses both she/they pronouns.)
Last week, Halsey posted on TikTok about wanting to release a new song, but her label demanding she first manufacture a viral moment on TikTok to do so. Their posts did generate the buzz the label requested and revived a larger conversation about TikTok marketing and fake viral moments. Then Halsey posted another TikTok of a conversation with (presumably) a label exec, in which the exec described the plans for releasing the song once the artwork is ready. Ultimately, Halsey got what they wanted, the label posted a message of support, and the song will be released on June 9th.

Viral moment or not, Halsey is ready to share their new music with the world.

The singer, 27, made waves last week after they claimed that their label was preventing them from releasing a new single until they’d achieved a major marketing moment.

Now, it seems Halsey has won their battle, as their new single “So Good” will come out next week — with the full support of Capitol Music.

“@halsey, we love you and are here to support you. We are committing to a release of ‘So Good’ on June 9th, 2022,” Capitol wrote on social media Tuesday.

The label added in a statement: “We are an artist first company that encourages open dialogue. We have nothing but a desire to help each one of our artists succeed, and hope that we can continue to have these critical conversations.”

Halsey celebrated the win on social media, joking on Instagram that “if you have the internet you have probably heard that i’ve been trying to put this song out for a long time.”

“I didn’t expect so much conversation about this record, all I know is that I wanted you guys to hear it and now you can. So Good, song on June 9th and video the next day.   gave me my flowers,” they added on Twitter, sharing a series of photos that included their 10-month-old son Ender with a bouquet of flowers.

Controversy surrounding the song and Halsey’s desire to release it erupted last week after the “Without Me” singer shared a TikTok claiming Astralweks, Capitol’s electronic music subsidiary, was preventing the release of the track unless the star could “fake a viral moment” to drum up publicity.

Halsey later shared a follow-up TikTok video that appeared to feature audio from a conversation about the situation.

In the clip, the voice on the other line explained how the singer could go about releasing the song, walking them through the steps to be followed if Halsey is “OK” with it.

“What?” the voice on the other end is heard saying seemingly picking up on Halsey’s disappointment at the situation. “I just hate this,” Halsey replied, so which the voice responded: “Oh I know, I hate it.”

Good for Halsey — she got the label their viral moment on her own terms and maybe the public pressure helped her negotiate some other stuff behind the scenes. The Capitol was pretty effusive in their full statement: “Our belief in Halsey as a singular and important artist is total and unwavering. We can’t wait for the world to hear their brilliant new music.” Anyway, I’m looking forward to hearing this song. Admittedly, I was off in my speculation about the topic — it is actually about their current partner and father of their child, Alev. He posted that she wrote it about him and asked him to direct the music video (this is not out of left field; he is a producer). In the snippet on TikTok, you can hear it’s about “the one that got away,” which I guess didn’t make sense to me because they’re together, but then that would also be sh-tty to sing about an ex when you have a current partner. I guess we’ll find out the whole story when the song and video come out on June 9th and 10th.

? literally all I care is that you get to hear it now, thank u bye luv u

Halsey always changes up their look and style, but this hair and the recent prairie wife dresses are not their best aesthetic. The baby is SO CUTE.