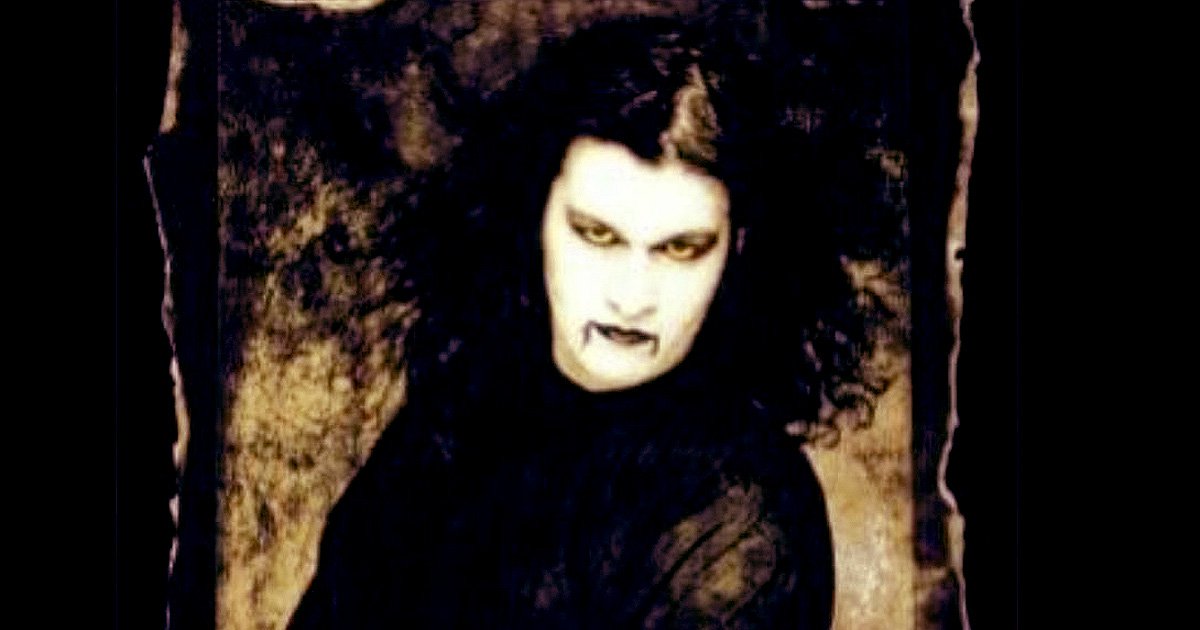 The musician’s death was confirmed by his wife, Antoinette, while past and present members of the band paid their respects. His cause of death is not yet known.

Antoinette shared a tribute to Anstis earlier this week, revealing he died on August 21.

Nothing will ever be the same again, Love Always and ever your Antoinette. Until we meet again…’

Anstis was part of the Brit band from 1995, playing with them until 1999, and wrote and performed on iconic albums Dusk… And Her Embrace (released in 1996) and 1998’s Cruelty And The Beast, as well as EPs V Empire, or Dark Faerytales in Phallustein and From the Cradle to Enslave.

The band’s vocalist Dani Filth, who formed the Suffolk band in 1991, also paid tribute, sharing a statement: ‘It is with a deeply saddened heart that I have heard of the passing of my former guitarist Stuart Anstis at 48.

‘Stuart -despite our eventual differences- was an amazingly talented guitarist who brought a real sense of magick to everything he wrote in Cradle Of Filth.’

Dani went on: ‘For a long time he and I were bestest of friends living in a small village here in Suffolk and despite that relationship eventually changing, it did nothing to diminish the fan’s appreciation of his creative flair and talent right up to the present day.

‘Vempire, Dusk… and Her Embrace (though written mostly by former members, Stuart played all the guitars on this album), Cruelty And The Beast and From the Cradle To Enslave would have been completely different creatures if it were not for the depth of his astute and deliciously dark musicianship.

‘It truly is with a heavy sense of loss that we (and extreme music in general) bid farewell to Stuart.

‘May sombre flights of ravens wing you to your grave mate.’

Following his departure from the band, Anstis formed Bastardsun before it went on to disband in 2005.

Fellow former Cradle Of Filth guitarist Richard Shaw, who joined the band in 2014 before leaving earlier this year, also shared a tribute to the musician, as fans mourned his death online.

He wrote: ‘Rest in peace, Stuart. It was an honour performing your music. Thoughts are with his friends and family at this difficult time.’

The band also shared an image of Anstis to its social media, writing: ‘It is with a deeply saddened heart that we have heard of the passing of our former guitarist, Stuart Anstis.

‘Our thoughts go out to Stuart’s family and friends.’