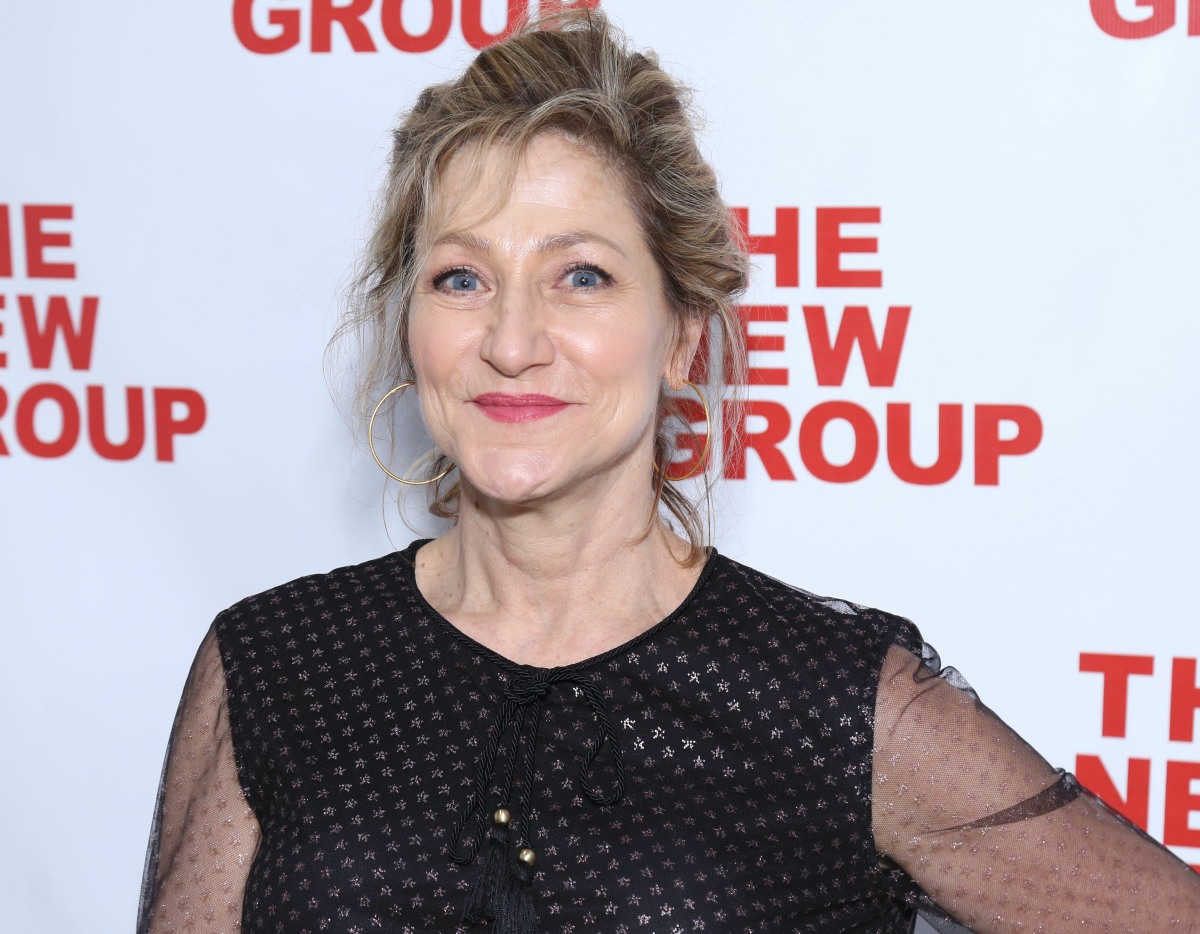 American Crime Story: Impeachment is only going over to the UK now, after it aired here in America starting in September. Which explains why Edie Falco (who played Hillary Clinton in the series) is doing new interviews in British outlets. Edie recently chatted with the Guardian about making the series and wanting to do right by Hillary Clinton. Edie is a big fan of Hillary, so that’s nice, I guess. She also talked a lot about why she stopped drinking and why she had a drinking problem in the first place. Some highlights:

She’s not a good cook: “Not even close. If you watch the scenes in the [Sopranos] where I’m supposed to be cooking, you’ll see the camera never showed my hands, because I have no idea how to do that. That food is not even the kinda stuff I eat. I was vegetarian on the show and I became vegan in the past 10 years… We learned tricks so it looked like we were eating, but we weren’t. But Jim ate in every frigging take, and he ate between takes. There was one scene we were shooting, where he was eating a bowl of ice-cream, and in every take he ate and would then re-fill the bowl, and then at one point, I realised he’s not really listening to me – he had gone into a sugar coma! We had to stop and shoot the rest of the scene another day. He was like a five-year-old: ‘The ice-cream is good, I like it!’”

Comparing Hillary to Carmela: “I don’t know how Hillary could have got through the day if she let herself know [what her husband was doing], and Carmela’s whole life was denial. If she had thought about what her husband did to make money, she would have blown up the whole family…. I do think Hillary is a genuinely good person and is into public service. I do not believe that was the case with Carmela. She wanted what she had: house, kids, money.”

She started to drink to compensate for her shyness. “Totally. I was a non-drinker for years, then I had my first drink at college and I found nirvana. It was the answer to all my problems, and the cause of all my other problems.”

It was only about alcohol, not drugs: “Yes, but only because I didn’t have any money. I was a big fan of cocaine if it was around, but I could never afford any, and marijuana just gave me anxiety.”

Why she quit drinking: She would choose boyfriends based on whether they drank or not – “I’d wait to hear how quickly they’d mention alcohol, and that’s how I knew they were the next guy” – and convinced herself she worked better when she was hungover. But one March morning, when she was 29, she woke up in her apartment after a long night, saw she’d left her front door open, and knew she was done.

On adopting her kids: It was while she was working on Nurse Jackie that she adopted her daughter, having adopted her son while she was on The Sopranos. Was it hard to adopt as a single woman? “Not particularly, actually. I’d got to know Rosie O’Donnell, who had adopted kids when she was single, and she said, ‘When you’re ready, give me a call’. So I did, and she gave me the info, and a year later I was holding my son. I remember when they handed him to me –” she breaks off, choked by a sob. She puts her hand on her chest, trying to swallow it down. “Sorry! Gosh, I didn’t expect that, I’m sorry. I just remember looking at this little baby and thinking, ‘I have no idea how to do this!’ But here we are, almost 17 years later.”

She told some other, heartbreaking stories about James Gandolfini and how much she misses him, so much so that she can’t even watch The Sopranos. It really is heartbreaking even now – Gandolfini was not just a great actor, but he seemed like a lovely man and a great co-worker and friend to everyone. As for the drinking stuff… it sounds like she doesn’t consider herself an alcoholic, she was just someone who drank too much and used alcohol as a social crutch, a romantic crutch. She decided to stop and she did, no problem. Her rock bottom was leaving her door open overnight. It could have been A LOT worse. 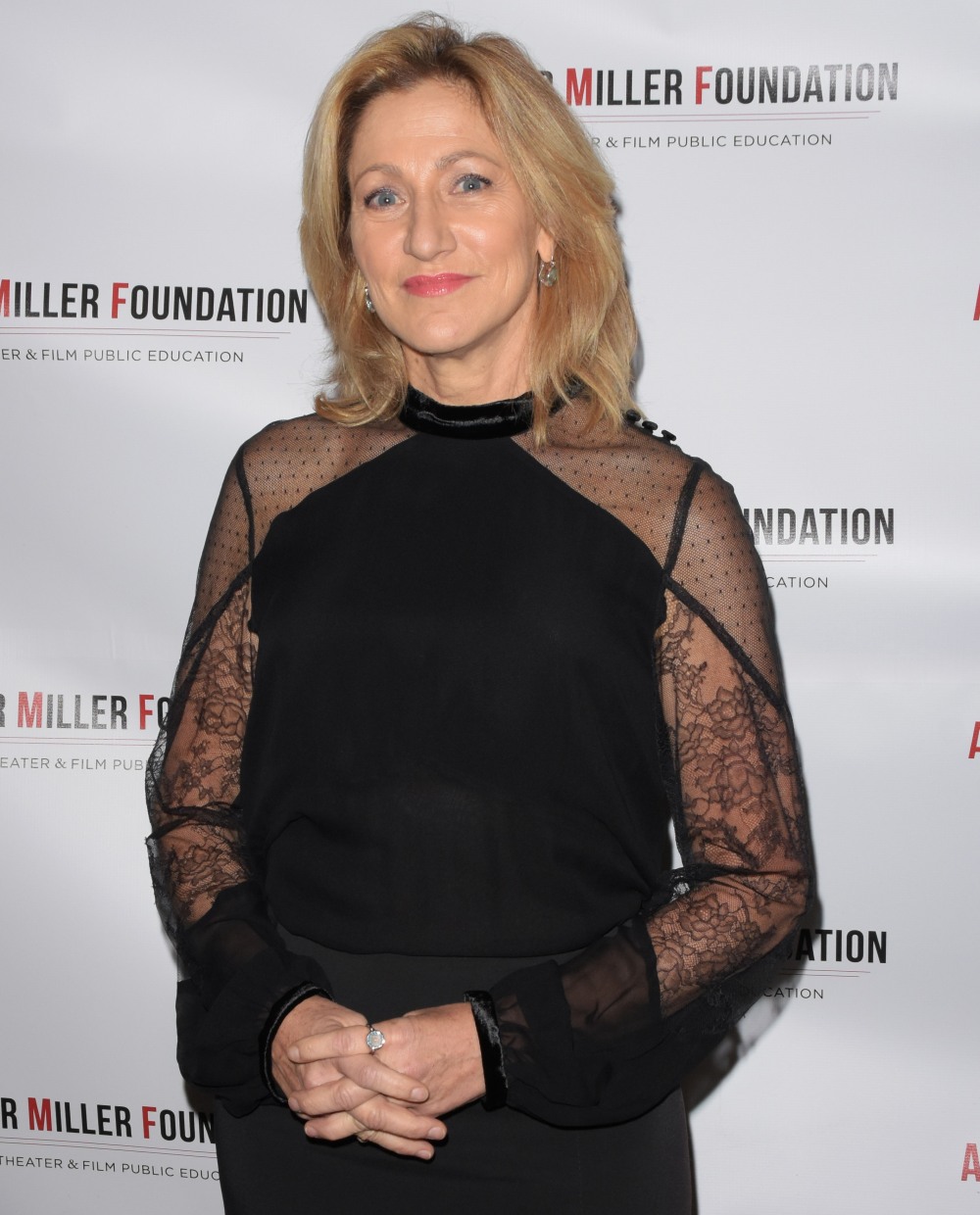