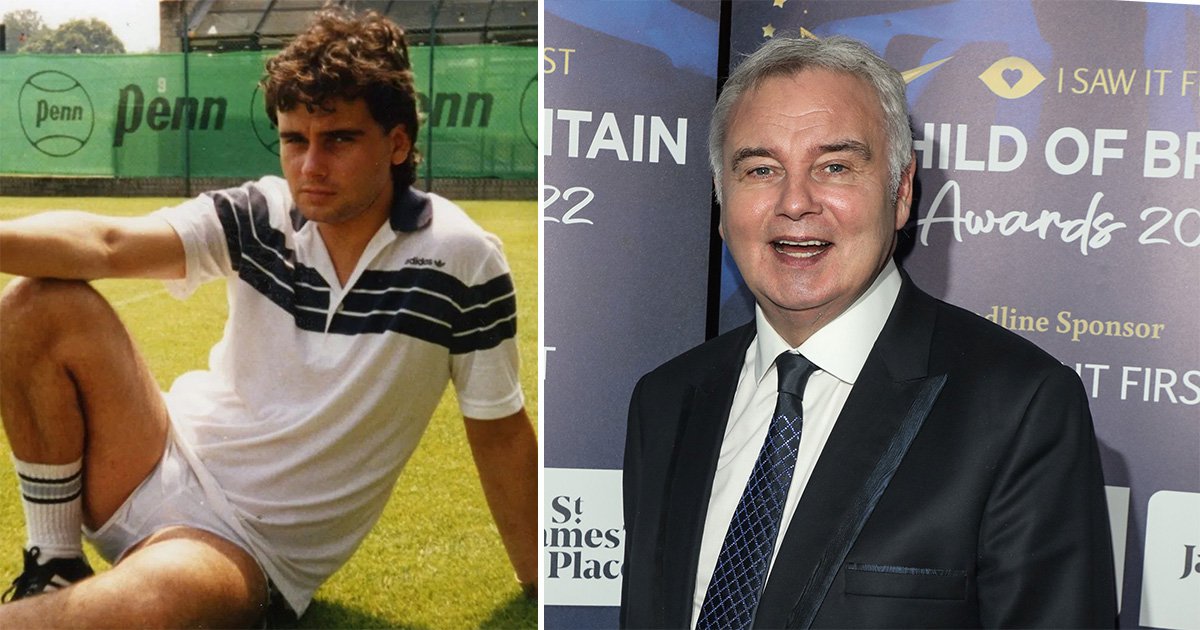 Eamonn Holmes has shared an epic throwback photo from 40 years ago, rocking his tennis whites in honour of last weekend’s Wimbledon finals.

The presenter, 62, took to Instagram to share a snap of him on the tennis court with a head of dark curls, wearing a white Adidas polo shirt with black stripes and tiny white shorts as he stared moodily into the camera.

He told his followers: ‘Circa 1980 ….. Maybe I could have been a contender if I’d have stuck at it. What a day to play #scorcher #wimbledon #Djokovic #kyrgios Mensfinal.’

The unearthing of the photo led to a cheeky comment from wife Ruth Langsford, who asked him: ‘Have you still got those shorts?!!!’, with a flame emoji.

Eamonn responded: ‘Yeah but I can’t get them above my ankles,’ adding a laughing face emoji.

The sultry image also elicited a response from many of his celebrity pals, with actress Laila Rouass commenting: ‘Oh Eamon. Now I’m really hot & bothered,’ to which he responded: ‘Doesn’t bear thinking about … but the things we did back then . Short shorts were definitely a thing …. it wasn’t just me.’

Vanessa Feltz added: ‘You are still hot hot hot,’ to which he joked: ‘fat fat fat more like,’ before Vanessa chided: ‘nonsense! You still have it!!’

It comes after Eamonn revealed he would work for ITV again in future, with a couple of caveats, if he were asked.

The former This Morning host made the switch to GB News last year after he and Ruth were axed from their regular Friday hosting spot to be replaced by Dermot O’Leary and Alison Hammond.

Eamonn told the Daily Star: ‘I’d work for ITV again. There would have to be an apology and a couple of resignations.

‘I’m not stupid. I know that in this industry it’s not about what I want to do. None of us have a right to be in a job. It’s about what the channels want to do.’