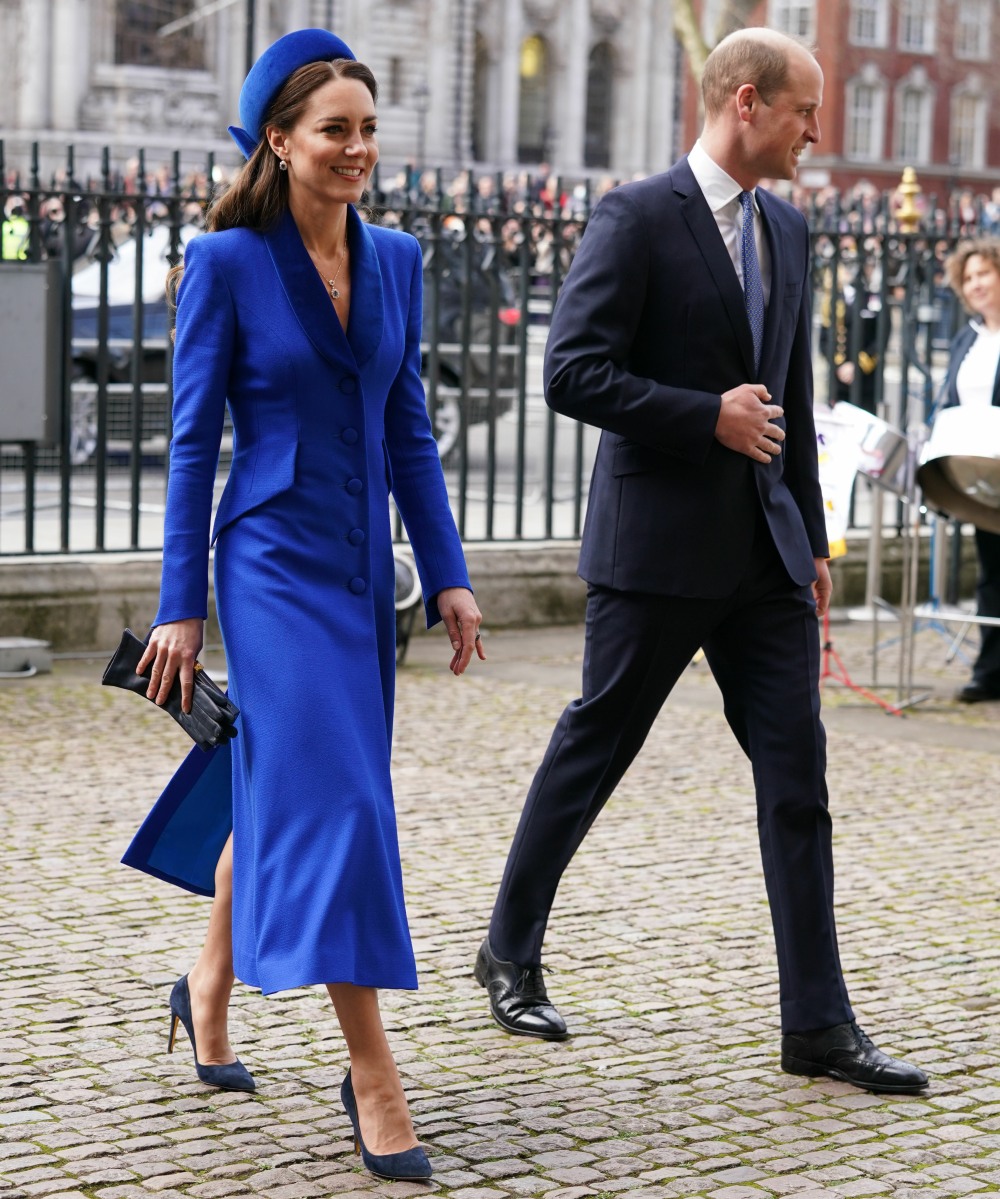 Remember the Commonwealth Day service in March 2020? That was before anyone was taking Covid seriously, and no one wore masks and everyone was breathing on everyone else. It was also the last time Prince Harry, Duchess Meghan, Duchess Kate and Prince William were all in a room together. Of course there was drama! Most of the drama was about “positioning” and who would walk where and when, as William, Kate and the Queen all tried to screw over Harry and Meghan one last time. That service was packed, remember? The Wessexes were there, the Queen, some minor royals too.

Well, how the turn tables. This year’s Commonwealth Day service was a lot different. No Harry, no Meghan, no Edward, no Sophie and no Elizabeth. Just the new Fab Four, lol, Prince Charles, Camilla and the Keens. It felt subdued. It felt very old. It felt like they pushed out the most dynamic royals and now the Windsors are just limping along.

Kate wore a new Catherine Walker coatdress, which I’m sure will please Kate’s fans. I actually believe that Kate’s hardcore fans are sort of upset that Kate single-white-females Meghan all of the time now, and that the keen fans “miss” Kate’s fussy, button-slathered coat dresses. This Walker dress had 13 buttons, for those button-counters at home. Four on each cuff and five buttons down the front. Kate likely intended the shade of blue to mimic the blue in Ukraine’s flag. I’ll give her that. What I don’t give her is the idea that she wore several sapphire pieces in honor of Ukraine. She apparently wore the same sapphire pieces when she met President Zelensky in 2020. As for the whole look… she looks like a Edwardian doll.

What else? Camilla, William, Kate and Charles showed some bare-minimum affection. William apparently kissed Camilla’s cheek in greeting, which is being taken as a “sign” that William approves of Future Queen Camilla. Kate looked like she was trying very hard to perform solemnity. 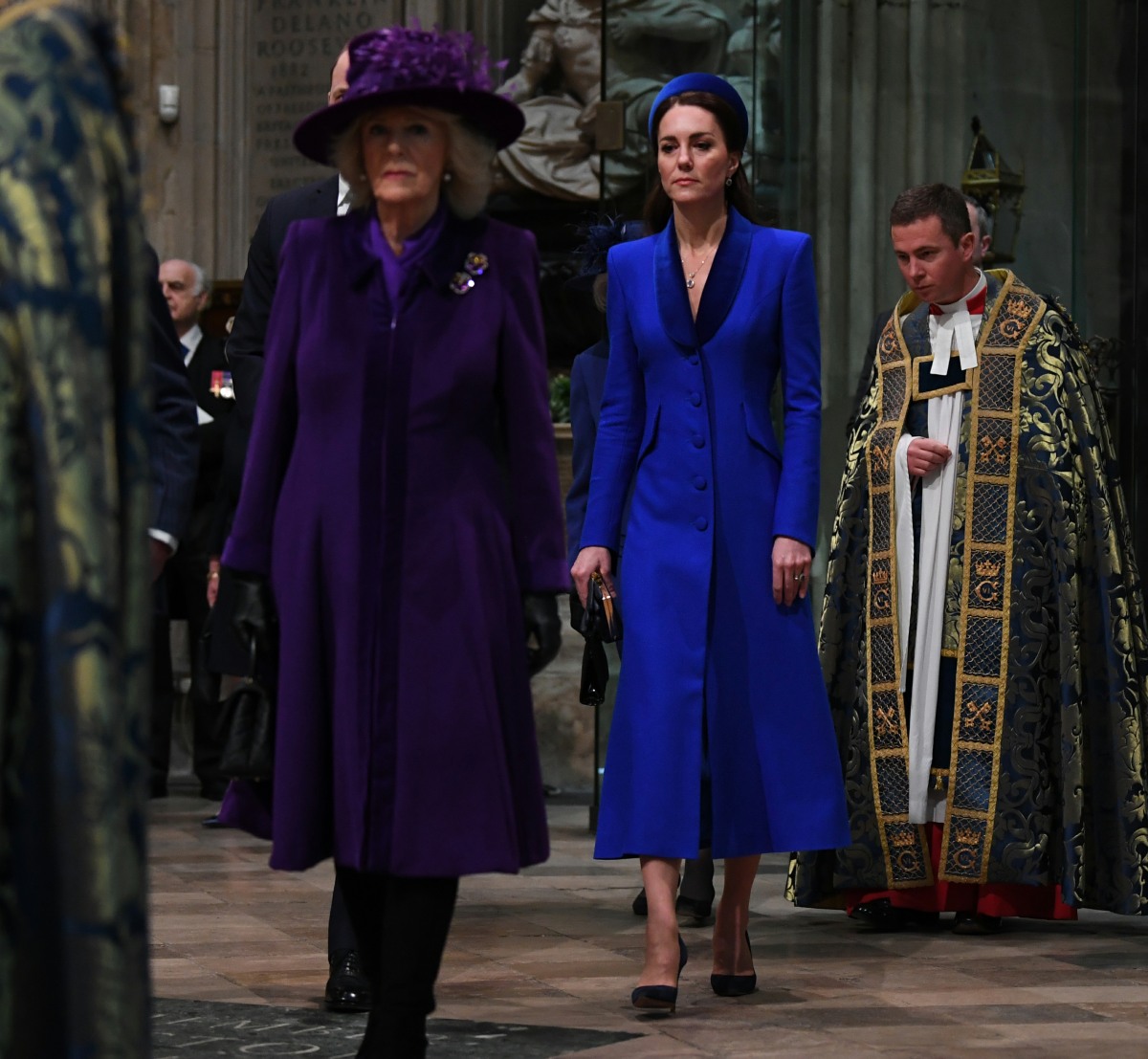 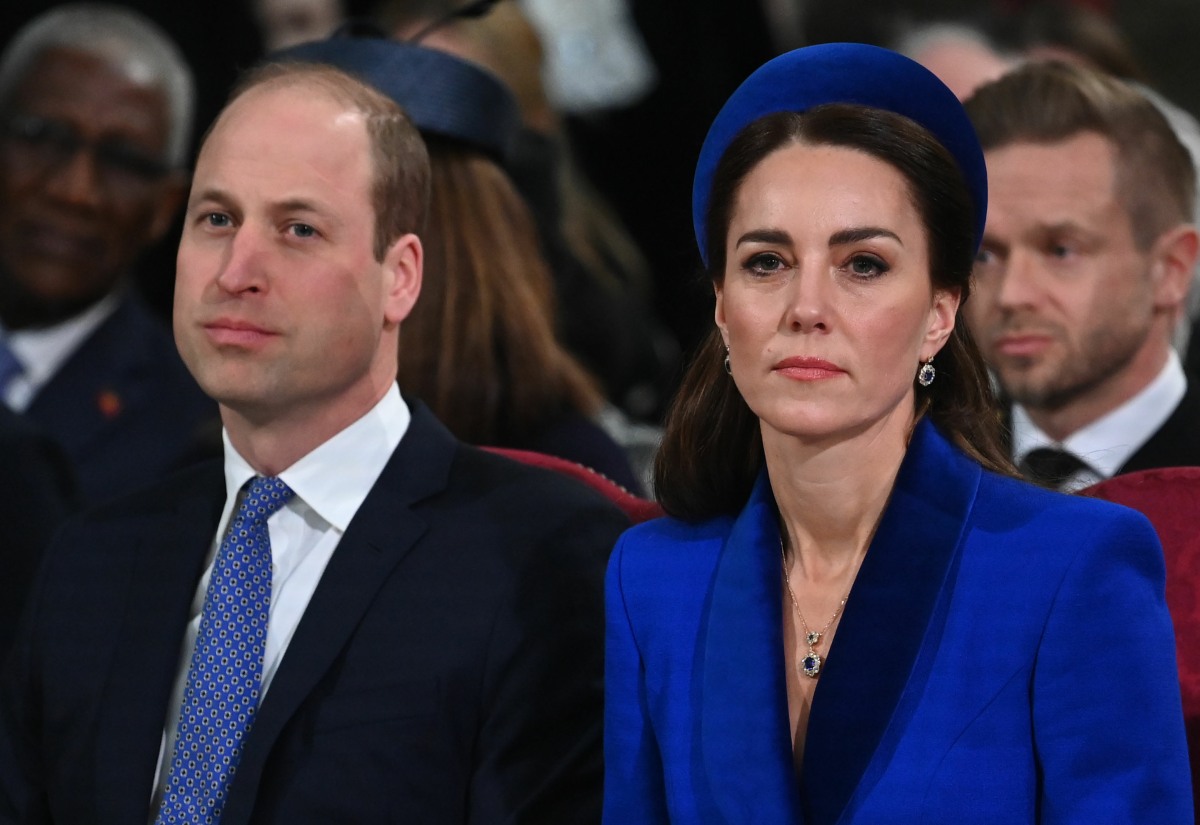 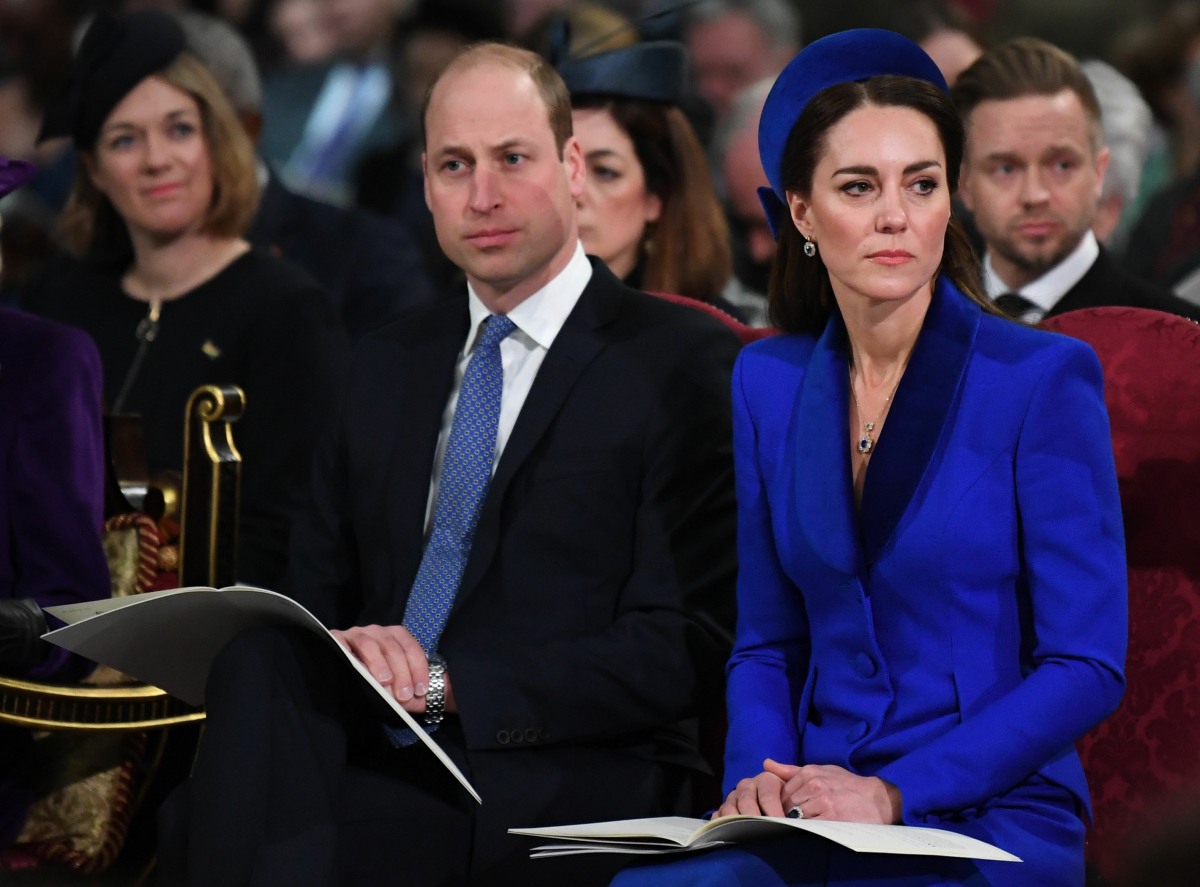 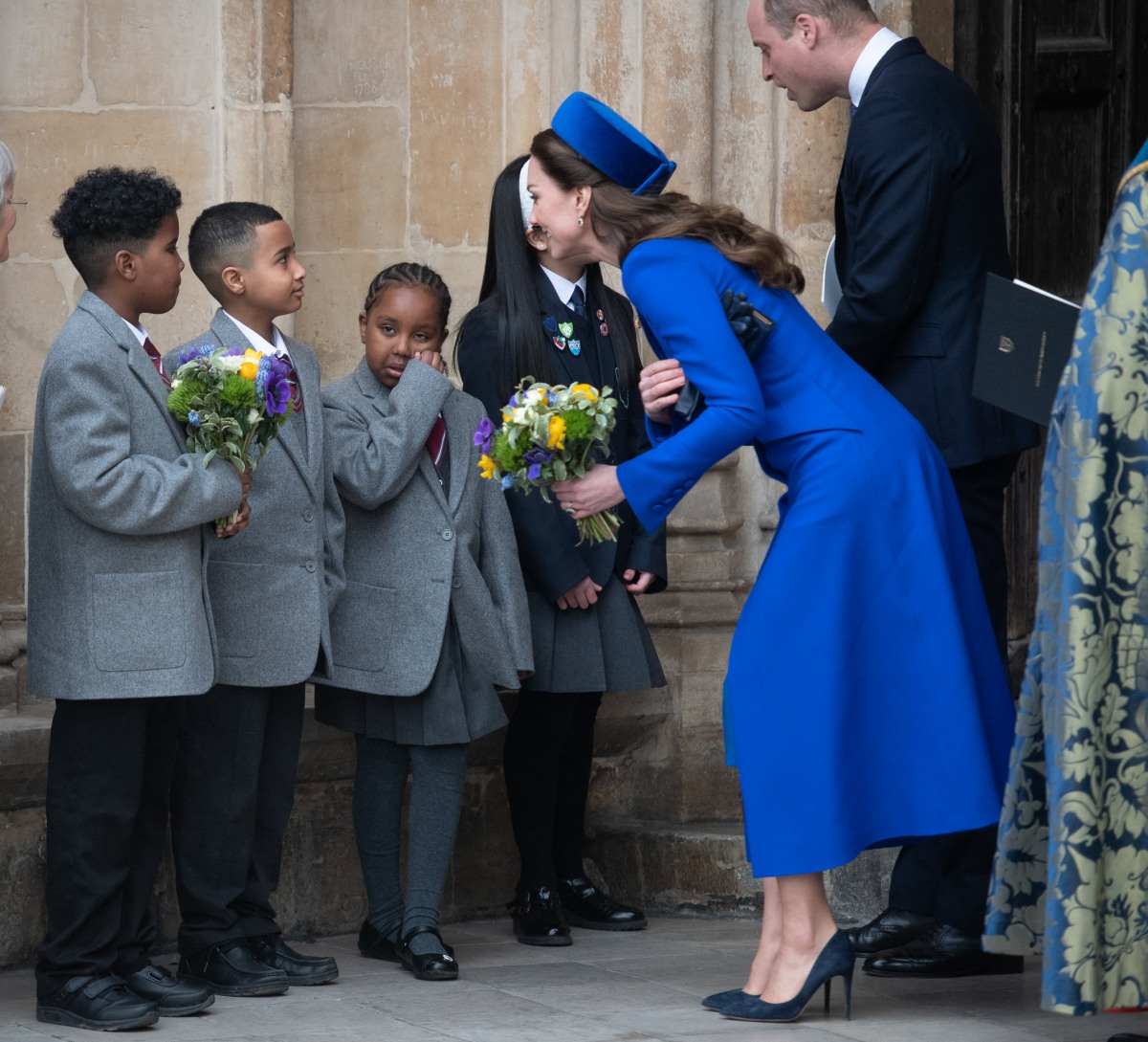