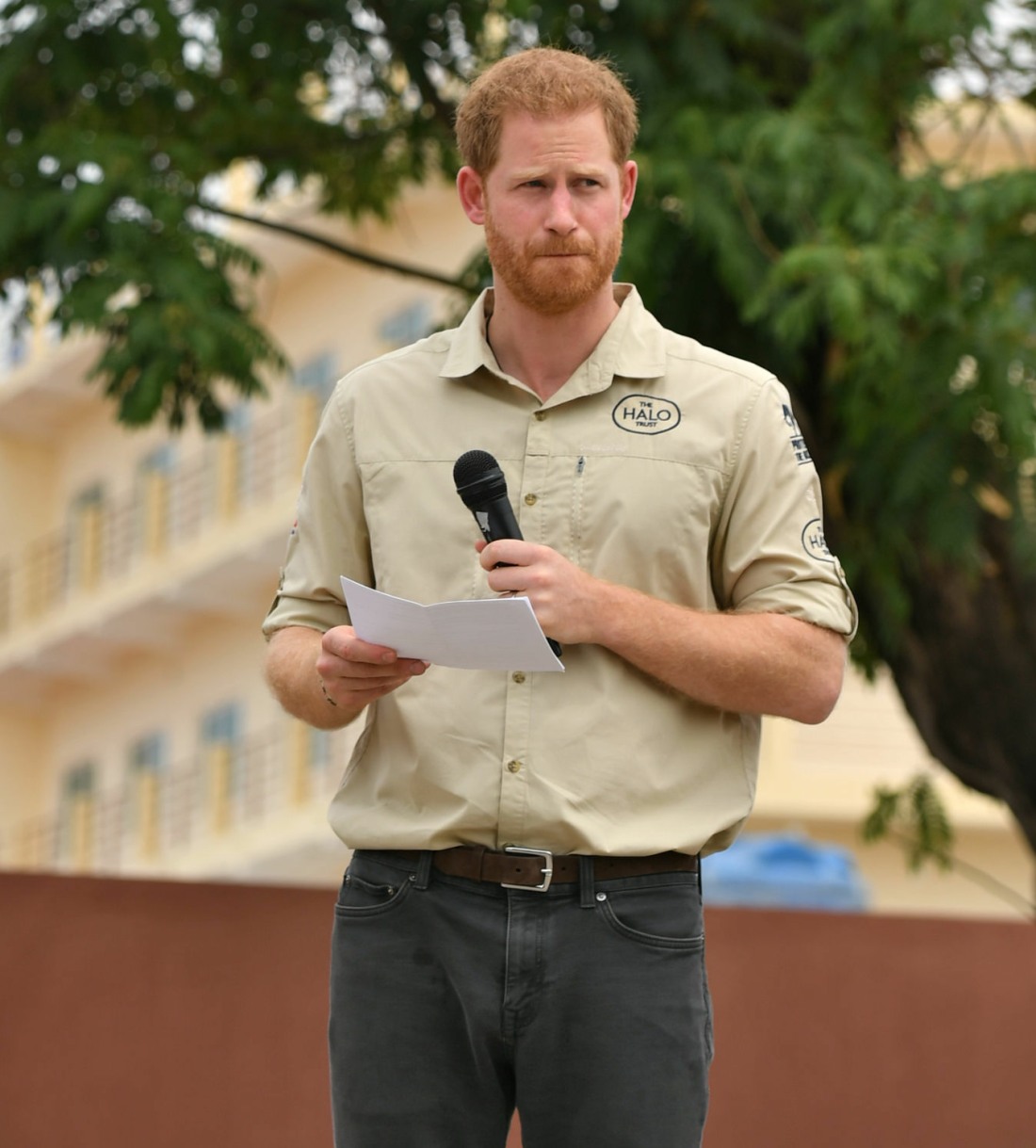 I wondered how the British media would handle Prince Harry’s unannounced trip to Mozambique this week. They were slow to see it, which means they literally have zero sources in or around Camp Sussex (hahahaha). Well, the Daily Mail was MAD. Big mad. Their headline was “Prince Harry revisits Mozambique’s Indian Ocean coast where he enjoyed romantic holidays with ex Chelsy Davy during surprise solo three-day conservation trip.” It’s almost as if the Mail is suggesting that he met Chelsy Davy during this trip, which he did not. The Mail is just bitter, racist and awful. The Mail’s coverage was, as always, hilariously unhinged:

The Duke of Sussex made a surprise solo three-day visit to Mozambique’s azure Indian Ocean coast this week where he once regularly enjoyed romantic beach getaways with his Zimbabwean ex-girlfriend Chelsy Davy.

Prince Harry, who is currently living in his $14 million mansion in California having stepped back from royal duty, made a solo trip to Mozambique’s azure Indian Ocean coast this week.

The Duke made the 20,000 trip from California to host a group of US officials, conservationists and philanthropists on a tour of the pristine Bazaruto Archipelago in his role as president of African Parks, his spokesperson said.

News of the prince’s surprise African visit emerged after he was photographed at the luxury $270-night Vilanculos Beach Lodge on the edge of the Bazaruto Archipelago National Park which is managed by African Parks.

A source told MailOnline Harry flew to Heathrow on Sunday, where he changed to a connecting flight to Johannesburg. The royal appeared not to have been joined by his wife Meghan Markle, 41, or his children Archie, three, or Lilibet, one, on the trip.

Obviously, the “$14 million mansion” must be mentioned as close to the lede as possible, but I’m shocked the Mail didn’t mention the number of bathrooms? They absolutely could have fit that in. “Harry, who is currently living in a $14 million Montecito mansion with 7,947 bathrooms, tore himself away from Oprah and Tyler Perry long enough for a solo vacation in sunny Mozambique, where he suspiciously and romantically vacationed with his white girlfriend at some point.” Why am I better at writing Daily Mail copy than these bozos?

Also: what the hell kind of route is that? LAX to Heathrow to Johannesburg? Wouldn’t it be LAX to Atlanta or Dulles, then to O.R. Tambo? Several East Coast airports have direct flights to major African airports. I would also think that Harry could go LAX to [major East Coast airport] to Dubai, which is another major international hub. Why the f–k do the Brits believe Harry flew all the way to Heathrow just to get a connection to Johannesburg?

Anyway, the whole reason for Harry’s trip was to act as a royal escort to an American congressional delegation traveling through the area, highlighting conservation and environmental issues in sub-Saharan Africa. He was there in his role as President of African Parks, and he was “welcoming and co-hosting a group of U.S. officials, conservationists and philanthropists as they tour protected wildlife and nature areas,” according to Harry’s spokesman. Senator Chris Coons was part of the delegation (see below).