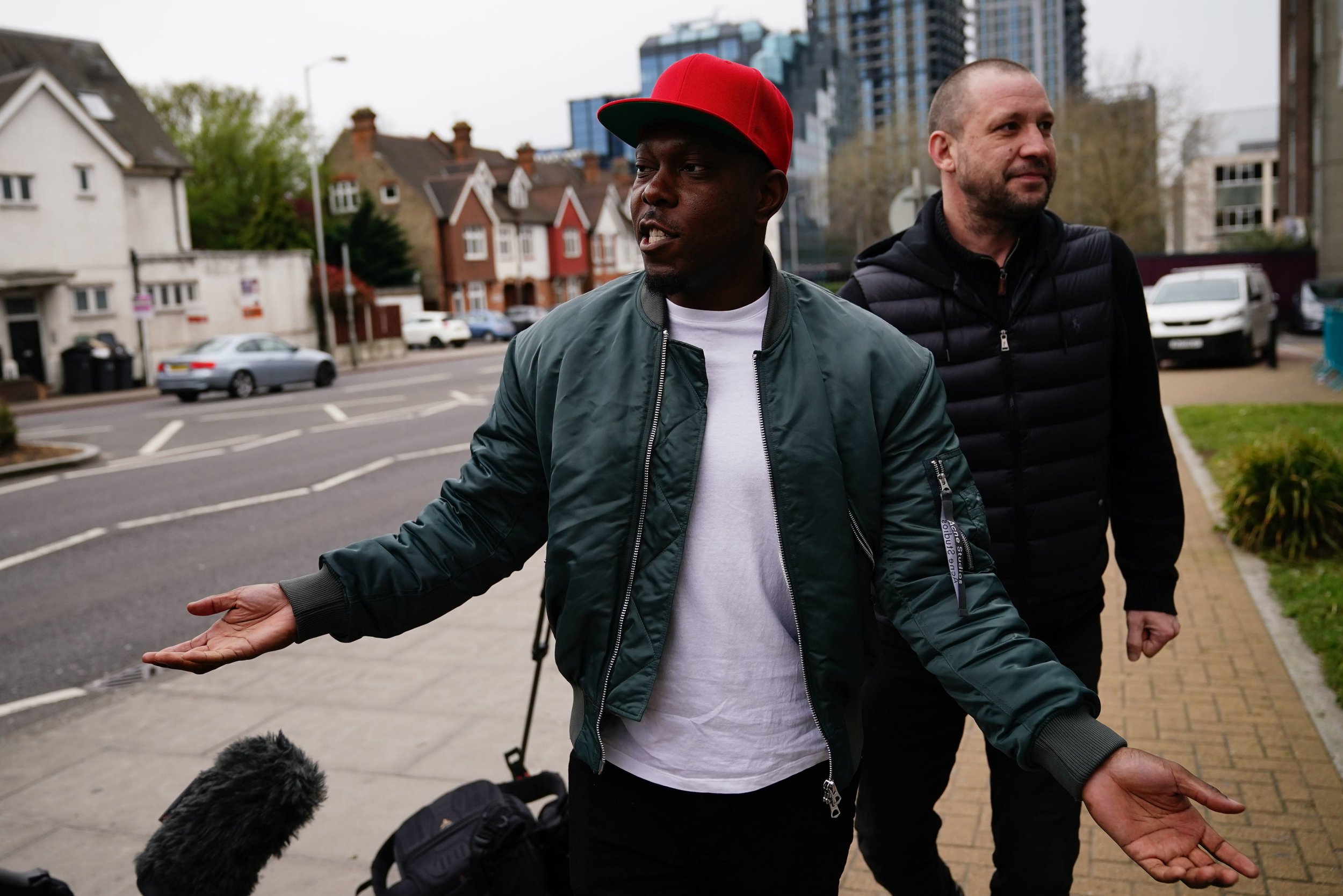 Dizzee Rascal has been given a community order with a 24-week curfew and a 12-month restraining order and must wear an electronic tag after appearing in court to face sentencing for assaulting his ex-fiancée Cassandra Jones last year.

The grime star, 37, whose real name is Dylan Mills, has been given a restraining order, curfew and will have to wear an electronic tag after being found guilty of attacking Jones at a trial in March, with a judge concluding he had been ‘abusive and aggressive’.

District judge Polly Gledhill, sentencing, told Mills she wanted him to work on how he thinks and behaves as he ‘lost his temper and used violence’, adding that he had shown ‘no remorse for this matter’ and ‘continued to place the blame on Ms Jones – the victim in this case’.

The judge added that she was ‘satisfied’ his sentence was a ‘necessary and proportionate’ measure.

Mills and Jones had had a ‘chaotic’ row about money and contact with their children on June 8 last year and Wimbledon Magistrates’ Court heard last month that he had pressed his forehead against hers before pushing her to the ground during the incident at a residential property in Streatham, south London.

The musician, who is known for chart-topping singles including Bonkers and Dance Wiv Me, was ‘frustrated’ over custody arrangements and the pair had an argument when he dropped off their daughter at the property, the court heard.

Mills and Jones share two children but split up in February 2021 and he is said to have ‘barged’ into the home and banged his head three times on a fridge while holding his son.

He is also claimed to have ‘screamed and shouted’ at Jones and her mother, Dawn Kirk, during the incident.

The court heard that Mills also took Jones and Kirk’s phones from them after they started filming him, before neighbours called the police after being alerted by the shouting.

Mills told officers ‘I’m the aggressor’, but later gave a prepared statement denying the allegations in a police interview and claiming he had been assaulted by Jones, the court heard.

After the guilty verdict, Mills smashed a photographer’s camera outside the court after knocking it from their hands and sending it flying across the road.