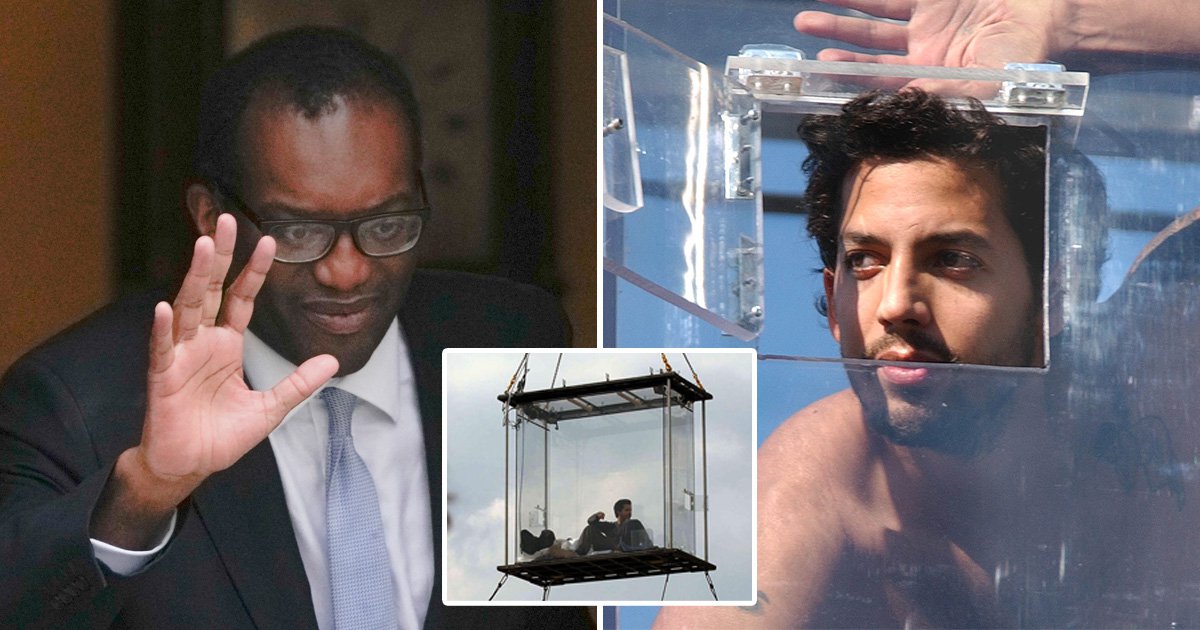 It’s official, Kwasi Kwarteng has become the second shortest serving chancellor, having been sacked by Prime Minister Liz Truss just 38 days after he was appointed.

Following the announcement of the mini budget, the chancellor has been ousted after proposals plunged the markets into chaos, with Mr Kwarteng set to be replaced by former foreign secretary, Jeremy Hunt.

With Mr Kwarteng sacked less than six weeks into the job, it’s left many people putting that into perspective – did you know that Wannabe by the Spice Girls was number one in the UK for seven weeks, which is longer than Mr Kwarteng served as chancellor?

Another historic event (yes, the release of Wannabe constitutes a historic event) that lasted longer than Mr Kwarteng’s role as chancellor was David Blaine’s box stunt.

To refresh your memory, the magician was hoisted above the Thames in a 3ft x 7ft x 7ft box Perspex box back in 2003.

He had only water and barely enough room to stand up and lie down, resulting in him emerging 24.5kg lighter – and with heart palpitations and breathing problems – 44 days later.

Despite his temporary home of the small box being pelted with numerous objects throughout the stunt, it came to an end on October 19, with the magician exiting the box in tears, declaring: ‘I love you all!’ to a crowd of onlookers.

It truly was an astonishing feat, with numerous articles since attempting to figure out how he did it, and if it was even real at all.

But, with Blaine, now 49-years-old, lasting 44 days above the River Thames, that means he survived for six days longer than Mr Kwarteng did in the PM’s cabinet.

We aren’t the only ones pointing this out, as plenty of Twitter users have found humour in the fact.

‘David Blaine spent longer suspended in a box above the River Thames than Kwasi Kwarteng lasted as chancellor,’ one person noted.

Another wrote that Blaine spending 44 days in a Perspex box while ‘drunk Londoners would come along after closing time to throw beer cans at him’ was ‘still less humiliating’ than Mr Kwarteng’s sting as chancellor.

With Mr Kwarteng now the shortest serving chancellor, you might be wondering who came in first. Well, it was Iain Macleod and, actually, the only reason why he didn’t last as long as Mr Kwarteng was because he died of a heart attack 30 days after taking the job in 1970.

Mr Macleod was appointed under Prime Minister Edward Heath of the Conservative Party, and he only got to make one speech.

Plans to block a planned rise in corporation tax from 19% to 25% have been dropped amid tumbling confidence in the government’s economic approach.