Dancing with the Stars will honor the music and fashion of Janet Jackson for its newest episode, but the move has led fans to plead “enough” with the weekly theme nights. Initially, a ballroom dance competition featuring celebrities and professional partners, the series has deviated far from its initial concept. Theme nights, which were a way to entice viewers who may not have been regular viewers to watch Dancing with the Stars, have now become a common occurrence and some fans are fed up! 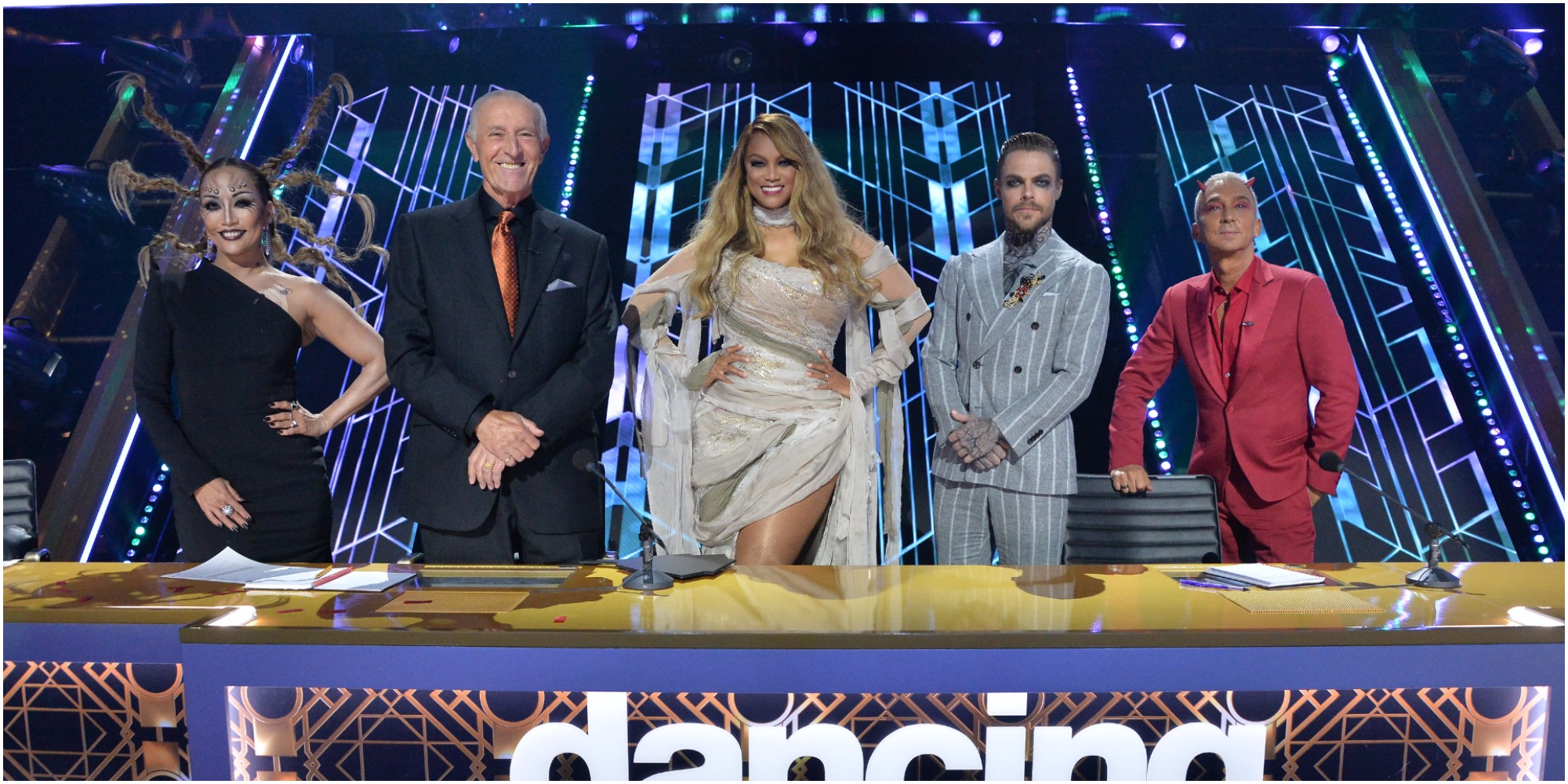 The only two episodes which did not have a specific theme were the first two of the season.

These were more traditional ballroom shows where the competition celebrities learned specific techniques and showed off their skills for the panel of judges; Carrie Ann Inaba, Len Goodman, Derek Hough, and Bruno Tonioli.

On Oct. 4, the show’s weekly schedule began to shift toward theme nights. That episode featured the music of Britney Spears.

On Nov. 8 music and fashion of Janet Jackson will be the centerpiece of the series.

The Janet Jackson episode will feature a double elimination

This season’s eight remaining couples will face a double elimination as they head into the semifinals episode, scheduled for Nov. 15.

The show will feature an opening number by the Dancing with the Stars troupe members to “Nasty” and a performance of the show’s tour members to “What Have You Done for Me Lately.”

In a post shared on the Dancing with the Stars Instagram page, judge Carrie Ann Inaba posed with Jackson.

A former professional dancer, Inaba, stood alongside one of her idols. She wrote in the caption of the post, “So awesome!!!! Can’t wait for the incredible Janet Jackson catalogue! It’s a dancer’s dream come true!”

However, in the comments section of the post, fans begged to differ with Inaba.

“When can we get a break from theme night??” wrote one viewer.

“It takes something away from getting to know the contestants on a deeper level. If we are going to do themes, let’s do Most Memorable Year or songs from when you were in high school- something broader. Or just no themes,” penned a second fan.

“While I love Janet Jackson and look forward to seeing her, enough with the theme weeks. It’s lost its novelty,” claimed a third Instagram user.

“Theme nights cease to be special when you have one every single week,” remarked a fourth viewer.

This episode will likely be the last theme night for this season of Dancing with the Stars.

In the coming two weeks, the show will feature its semifinals and finale.

These generally do not honor a particular style of music or artist and are a way for the remaining celebrities to display what they have learned thus far in the ballroom to win viewer votes.

Dancing with the Stars airs Mondays at 8 p.m. EST on ABC.

Tags: celebrity, Dancing with the Sta
You may also like
Recent Posts
Hot News