As you might have seen, the model was spotted on a date with newly single Brian Austin Green last month, leading to speculation about the two becoming a hot new item. However, the Beverly Hills, 90210 star practically gave us whiplash when he was photographed with a completely different rebound gal just two weeks later.

The same day as his date with Australian model Tina Louise went public, Courtney posted — with clearly very calculated timing — a video she and BAG had made in her hot tub. Ouch.

Then on Tuesday he was seen out with Tina again, after which Courtney put up some Instagram posts in which she made it clear she has “no time for f**k boys.” Not hard to put two and two together and figure out to whom she’s referring. But on Thursday she decided to make it crystal clear, telling Fox News exactly what happened between them.

She claims she and the 46-year-old were having fun together until she realized she needed to shut it down:

“I had blocked him after several other women who he was playing came forward to me. I stand with them and I believe them.”

Damn! Several other women?? No judgment if someone wants to live it up a bit after a big breakup, especially one in which your wife leaves you for a musician. We get it. But you can only do that if you’re being honest, and Courtney claims BAG was “a womanizer” who was lying to her AND to others:

“Brian wanted me to remain his little secret.”

Well, we guess the hot tub vid really messed up that plan. When TMZ asked Brian what he thought about Courtney and her video she posted, he replied rather bluntly:

“Courtney, super nice, but disappointing. I was just trying to be a nice guy and I shot a video for her friend Ashley saying hello. The fact that she decided to post that the day Tina and I had lunch — knowing that it would create problems for Tina and for myself, having three kids — it kind of sucks.”

He was just trying to be a nice guy?? He makes it sound like she approached him at The Grove. Guy, y’all were in a hot tub together! Courtney did NOT like that “disappointing” line, btw. She said of his response vid:

“He looks a bit unhinged… The truth is that Brian is disappointed in himself.”

Damn. That’s harsh. But fair? What do YOU think? Was Brian really trying to play a bunch of women after his split from Megan Fox?? 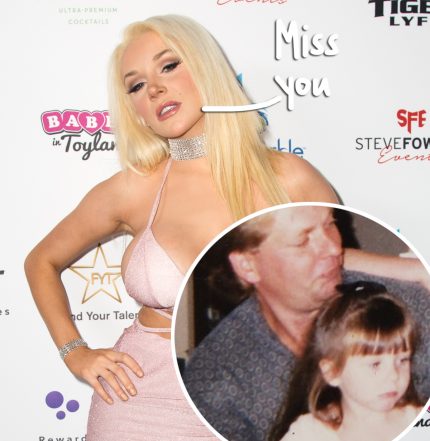