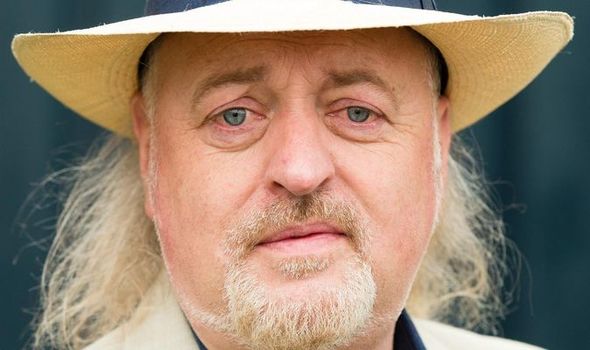 “Sonisphere Festival is a must-see for anyone interested in heavy metal. It has hosted the most amazing bands, like Metallica and Motörhead, so when I was asked to perform my music in 2011 I jumped at the chance. It might seem weird to book a comic for such a hardcore gig, but there’s a surprisingly huge crossover in the fan bases for metal and comedy. This photo was taken at the end of our set. We were performing on the Saturn stage just before Slipknot – talk about pressure.”

“I’d cobbled the band together almost overnight, so it was a stroke of luck that we all gelled. It all came together so fast and, after this frantic build-up, felt like it was over in seconds. The feeling I had – that I think we all had – at the end of it all was one of pure elation.”

“The set was tremendous and the crowd loved it. There was so much energy and relief and I think this shot represents the memory of that moment perfectly. I love it.”

“The photographer, Andy Hollingsworth, managed to capture us as we were all two feet in the air with our arms around each other. He sent it to me afterwards and it took me a good while to notice that we’re literally airborne. It’s fantastic.”

“You can see how much the crowd were loving it as well. We’d had some shocking weather and I remember the stage was soaked. It poured from start to finish and there was thunder and lightning – but none of it mattered because of the buzz everyone was feeling.” 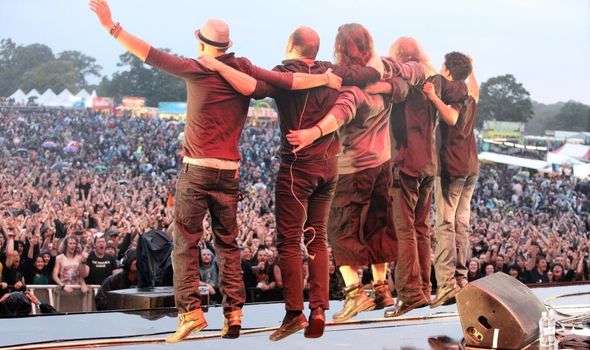 “It’s never easy performing in front of a crowd of that size. There were probably 60,000 people there that day. You think I’d be used to it by now, I’ve been performing professionally since the 80s, but it’s always nerve-racking no matter how much experience you have.”

“I’ve always been passionate about music. My parents encouraged me to play piano when I was a kid, which I adored. I then taught myself guitar and the drums. What can I say? It’s been a lifelong love affair. Music has this incredible power to stir up emotion.”

“I’ve recently been working on In the Long Run, which is a great bit of 80s nostalgia.”

“Although it was a tough decade for people, I really enjoyed the music from that era. Idris Elba, the show’s creator, also lives and breathes music and I think his love for it really comes across in the show. The soundtrack is great and it was a pleasure to work on something that is so close to my heart.”

“I wouldn’t be the musician or comedian I am today without the support my music teacher gave me when I was younger. Her name was Lynda and she always believed in me even when I doubted myself. She’d always say, ‘You’re capable of more than you know.’ That’s really stuck with me.”

“To this day I remember her encouraging me to perform a solo piano recital with a chamber orchestra. It was a Mozart concerto, which was incredibly demanding and a huge deal for me at the time. I wasn’t used to performing, so it was a really high-pressured gig and I don’t think I would’ve attempted it if she hadn’t bolstered my confidence the way she did.”

“She affected me in a way that’s lasted a lifetime. Every time I’ve stepped onstage since that performance, including when I performed at Sonisphere, I can still hear her saying, ‘Go for it. You can do more than you think you can.’”

“As adults, we should never underestimate the power of encouragement at an impressionable age. It can have a lasting impact and I think it’s one of the greatest things you can do for someone.”

Watch In The Long Run on Thursday at 11pm on Sky One. All episodes are available now on Sky and NOW TV.